Decimation is a post-apocalyptic strategy game that has vehicular combat as one of the game's features. In this news post, we'd like to talk about how this will work and feature one of the first playable vehicles in the game: the Serrada Light ACV.

In this post, we'd like to talk a little bit about how vehicular combat will work in Decimation, and share some images and specs of the Serrada ACV. To learn more about Decimation, you can visit our development blog at Final Element Games, or visit Decimation's Indiegogo Campaign.

In Decimation, the player can choose which units to take with him/her when exploring the gameworld. But during combat, the player will have direct control over one unit only: The Armored Command Vehicle (ACV). Other units and turrets that the player owns in the battle will be controlled by the game's A.I. This will allow the player to move freely in combat and pursue different strategies to win certain scenarios. On defense for example: if there are 2 main entry points for enemy units, then the player can choose to deploy majority of available defensive emplacements at one entry point while spend majority of the battle using the ACV to defend the other.

There are three main types of ACVs in the game: Light, Medium and Heavy. The ACV represents the player on the battlefield. It main role is to achieve and maintain tactical dominance through a variety of weapons systems and upgrades. Each ACV has its strengths and weaknesses. The Light ACV provides more mobility, at the expense of lighter armor and weapon loadout. The Medium ACV is slower but has heavier armor and more armament slots, and the heavy ACV has the most defensive and offensive equipment slots in the game.

At the beginning of the game, the first command vehicle available to the colony is the Serrada Light ACV. 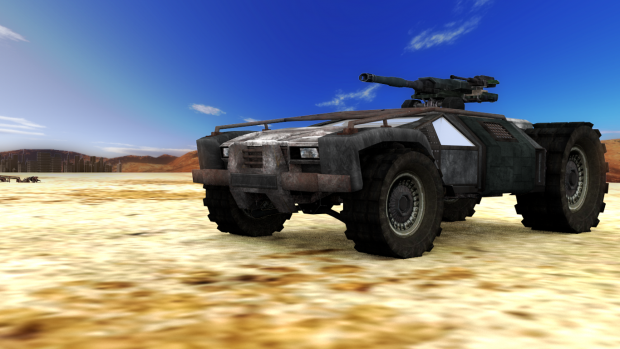 Only a few prototypes of the Serrada have been known to exist prior to the destruction wrought during the Great Chaos (2040 A.D.). By all accounts, this vehicle never made it to mass production. It was originally designed as an all-terrain combat vehicle outfitted with the new Iyazarr Ion engine. As one of the few military weapons testing facilities in the region, the colony was provided three Serradas. One was lost right after the war, while the other was badly damaged. The third Serrada disappeared together the colony's former commander. The remaining Serrada was patched together and has been kept in a functional state but without the original ion engine. It now uses a standard military V-8 diesel engine.

The Serrada's primary protection comes from its speed and maneuverability. The colony's Serrada retains most of the original's rolled compound armor panels. The windshield has been replaced by a dual layer of aluminum oxynitride ballistic glass and a layer of slats have been added to provide added protection from small arms. It is currently armed with a 75mm single rifled cannon, and a .50 caliber machinegun. These weapons can be swapped out with other armaments as they become available to the player. 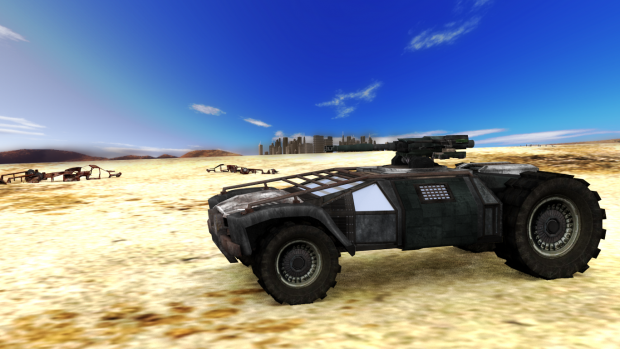 To serve the role of an ACV, the colony's science officer Hachirou Shinichi outfitted the Serrada with a positional mapping array (found at the special equipment slot at the vehicle's rear) which relays data captured by the Serrada's targeting computer back to the colony's command center. This data is used to provide more accurate and timely information to the colony's defense operators (who remotely control the colony's defensive emplacements). A necessity, as the increased levels of radioactivity have greatly diminshed the operating performance of the communications modules used by the colony. This will be translated in-game as stat bonuses to defensive turrets within a certain radius from the player's ACV. 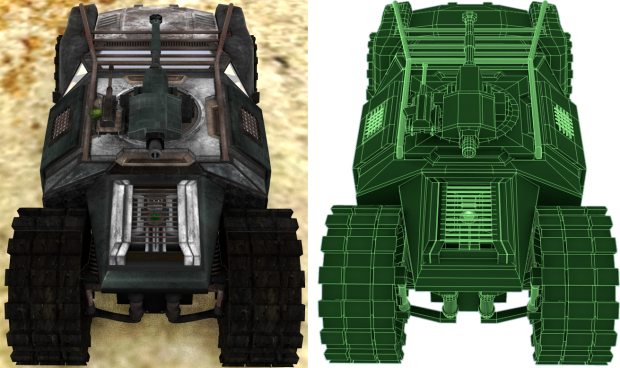 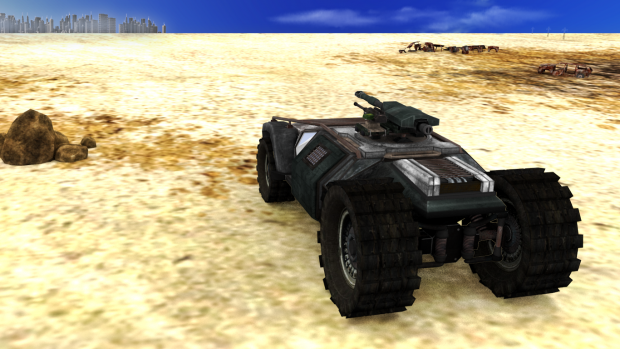 To download the higher resolution images of the Serrada, please feel free visit the Image Gallery on our site. That's all we have for now, and we'll be back very soon for more updates on the game. Cheers!

So you make game for android. :D

Hi SwearLoad! Right now, development for Decimation is being done for the PC. We have Mac and Linux in our sights as well but do not have a definite date for completion on those platforms yet. We haven't tried Android development yet and may look into it in the future depending on how things go for the game. :)

Thanks for answer now it's easy to decide fallow or not.

Thanks specops113! Once we've successfully completed the game, we would probably have to attach a price to it to fund expansions and future projects. We're actually not certain of the exact pricing at this point but since we're a relatively unknown indie outfit, we'll make sure it is affordable. Actually, current development is all out of pocket and done by the rest of the team as a part-time passion project, which is why we are seeking funding: to hire people full time and speed up development. If that doesn't pan out, we are still determined to complete the game and will continue working on it until it's done. :)