While we're working on a supplementary video for the campaign, we thought we'd share some info about the Advisors, your in-game lieutenants. These four individuals will help you navigate the game and main story line. In addition, their personal histories are explorable as side missions which may unlock otherwise hidden technologies and disclose valuable information about the game world and the motivations of other non-player characters and factions.

While we're working on a supplementary video for the campaign, we thought we'd share some info about the Advisors, your in-game lieutenants. 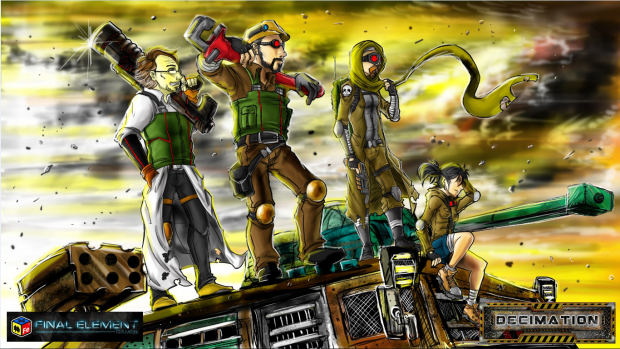 Decimation's game world is harsh and the regions beyond the colony's surrounding mountain range are still a mystery. But the colony has lasted the past 80 years, and in that time, the community has gained some collective knowledge about what it takes to survive. There are four individuals that worked with the prior Colony Commander, and now that you have that job, they are still here to help you.

You can trust that the advisors have the colony’s best interest at heart, but that doesn’t mean they don’t have the same failings as other human beings. For the most part, they will give you good advice and be exceedingly helpful in navigating the game world. But never forget, you are the person in charge. You’ll need to trust your own instincts. As the colony commander, final decisions are always yours to make.

Hank August is the colony's Chief Engineer. As he tells everyone, he knows all there is to know about the colony's heavy machinery. This isn't too far from the truth. There is no one better for the job of addressing issues related to building, repairing, and upgrading combat units, structures and equipment. Hank oversees all tasks in the construction yard. His workshop is where munitions and other equipment are made. You will also encounter him in the staging area.

Hank is rugged, fearless, and determined. You’ll find him confident and willing to take on any construction challenge and he will tell you what he needs to get a job done. He isn't known for being subtle or patient though, and on a bad day he can be heard barking insults at anyone unlucky enough to be working with him. 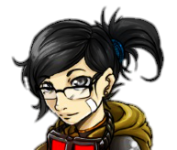 Claire Clearwater is your Logistics Officer. She runs the materials depot where all scrap and other items salvaged from the wastes are stored, as well as the materials recycling facility where these items are processed into more usable form. Claire also oversees the food storage silo, managing the collection and storage of the colony's food and water. She can tell you how much of which supplies the colony has and where to find them. Generally regarded as too young for all this responsibility, no one would deny that she is smart and good at what she does (except for Hank maybe).

Claire is generally cheerful and optimistic. There is a bit of tension between her and Hank August. Given that she is half his age and manages the materials he needs to get his work done, some friction isn’t too surprising. Claire thinks Hank's bias runs deeper than this though, and is probably because her parents were not originally from the colony.

Hachirou Shinichi is the colony's Science Officer. He is the oldest of your advisors, and perhaps the oldest person in the colony as well. He’s generally calm and easy going. Shinichi is a great source of information about the history of the wasteland and its rumored technologies. Hachirou oversees the colony’s research center, where he is usually found. He also spends a lot of his time educating the colony's young in the ways of science, as he did with you. His expertise is essential in running the colony's solar energy systems.

Iris Dela Vega is your Reconnaissance Officer. Iris has ventured deeper into the wastes than anyone else in the colony. Iris is well suited to her work: strong, athletic and a loner. She’s the first to gather tactical information about the landscape and its inhabitants. Her command of the colony scouts is unquestionable. They have a deep respect for Iris and have learned to respect her personal privacy. As her team knows, Iris is fiercely loyal to her people, but few make it into her inner circle.

The fifth and final member of the leadership team is you. Found in the wastes when you were a child, you were adopted by the former Colony Commander. Under his tutelage, you proved yourself a quick study in the art of war, just as he did when mentored by his predecessor. Now that you are the Colony Commander, you are responsible for the well being of the colony as a whole. A heavy burden for sure, but your father believed in you, and this is not the time for doubt…

For more about decimation, please visit our indiegogo campaign page at Indiegogo.com

or check out our development blog at Finalelementgames.com