Hi all! It has been sometime since I have last patched deadbuild.
School has started again and I have been working on other project with Unity,
so I db has not got so much time, but don't worry I have not forgotten it. And I just notcied that Deadbuild is now 1-year-old in Indiedb Wohoo!

I was watching this one video where this guy was playing my game and he was totally lost.
He did not know what to do because he did not play tutorial 5/5 for that.
So he was talking shit about the game.. :D.

But what was great to see what were the things that got him confused, so I have fixed those issues in this patch. Even if you don't play the tutorial you should not be so lost anymore.
So lets go into some details, first I'll talk about some new features, because those are the most exciting things: 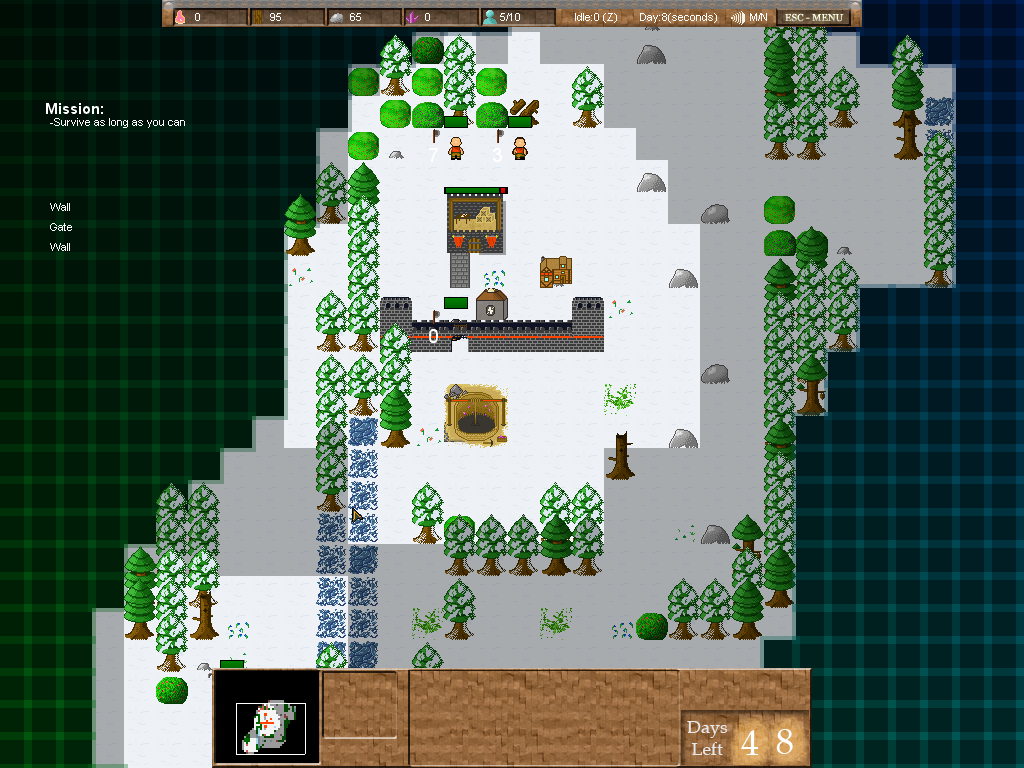 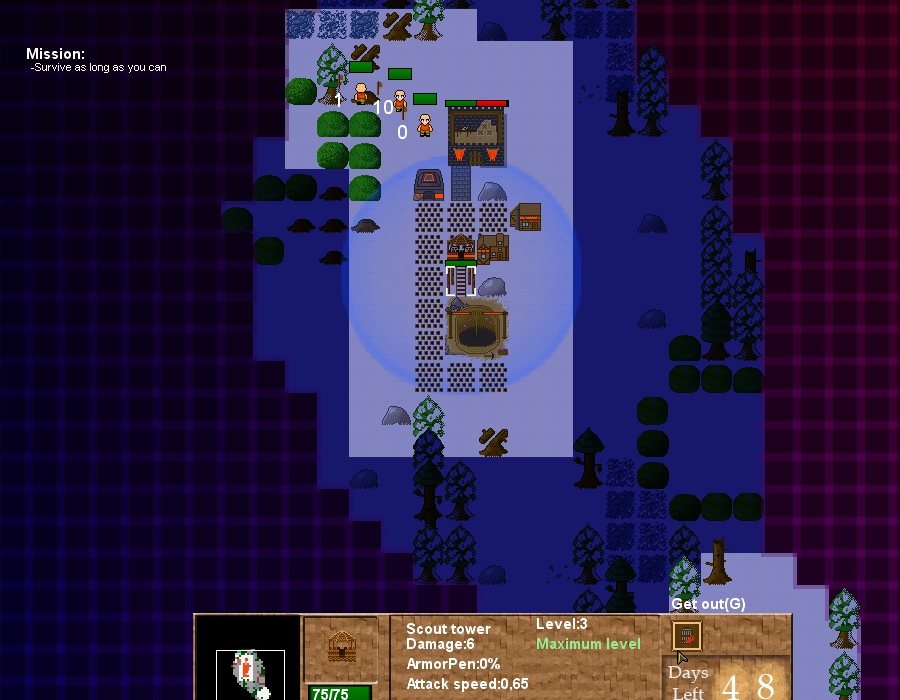 The Snow map is hardest of the three: Grass, Oasis, Snow.
It has lowest amount of resources and the map has ice what can be walked over
but you can't build on ice, so it's harder and costs more resouces to make mazes for the enemies.
Also I added snow new flowers and snow tile to add some touch to the snow maps.

New Buildings
I added 4 new buildings to add some new different options for Random map survival.
And I think the game was really missing some "trap" towers, and a cheap starting tower, what can be used for scouting.

Cost: 40 Rock 40 Wood
Allows to garrison up to 2 Villagers - +3 pure damage each villager
Good tower at start because of it's low cost.

Cost: 25 Wood
Can attack only ground units - 10 pure damage. Can be walked over.

Now some boring text... no images (sorry :|), but very usefull mechanic changes!
Like I said there were many things to improve that were confusing. I really did not think of those before I saw the video. Because I have been working on this game pretty long and I had used to these not so simple mechanics. Some of the mechanics were also inherited from age of empires,
so I tought they would be faimiliar, but I quess not. So what has changed.

1. When building you don't have to anymore select the building again when you place it.
Like when building road you would always click the road image again.
(Old press Left-shift to achieve same effect Aoe style)

2.Selecting Villagers from stack can be now done from UI, not only from (Keys 1,2,3,4,5).
Click once to select only that or Left-shift and Click to remove that one from selection.

3.On towers it highlights with different color what is needed to upgrade it and does not show anymore useless info to keep it simplified.

4.Population: in few videos people are confused why they can't make more villagers.
Now a big RED text POP is shown up when there is no room for additional units.

5.You can now select nearby same id units with double click.

Also I have again fixed the difficulty levels again.. adding Day'N Night research to be default at Easy and Medium, so players can have a bit more time to think what to do and the enemies don't attack so early.

I have not decided what the next patch would have, so tell me what would you like to see! And if it's good suggestion and feasible it has a high propability to be in the next patch and maybe I will even name it after the invertor?!

Something what I have been thinking:
- Another Campaing
- Challenges
- Other food sources than berrybushes (fishing, animals?)
- More different towers
- More tech choices to play with?

I just want to know if this game has multiplayer :D
I love the graphs.

I would love to have a multiplayer, but I fear it would take too many resources to implement networking'n stuff to the game. When the game has not been designed to have mp.

But is at least something that one day could be part of the game?

Maybe one day in a sequel if I ever decide to make one.