1.0.5 Is a small graphical update featuring new fog of war,new sprites and bugfixes!

Deadbuild 1.0.5 - The small graphics update
Hello all once again!

I was not really planning to release this patch yet.
But because I got a bugreport about not being able to build road if you don't know the hotkey, made me to release this.
Because that really will make you to stuck in the first level so I think it was pretty crucial to hotfix that.

Well what else than bugfixes? Bugfixes are booring..I think noone wants to hear about them so..
I decided to draw some new sprites, and make some graphical updates!

First of all I replaced old Palmtree and added a 1 new one!

New colors on the palmtrees really make them look better!

Also I finally updated the rubble, the old one was still a placeholder.

The heroines, bunnies and flowers.. so cuuuute! :)


But maybe the most visible part is fog of war, it also adds a new gameplay mechanics,
you must now scout with your hero where is the best resource nodes and possbile enemy spawns or map objectives.
You can see at the image also in the minimap new viewport rectangle and building particle effect. 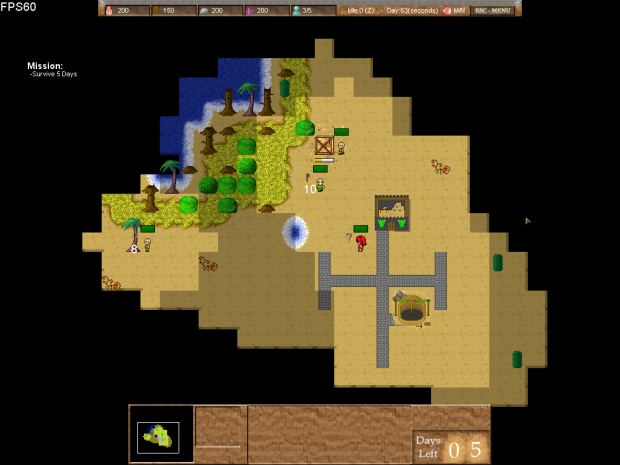 This was just a small update, the next update will propably be the new gamemode (survial) and "big" update.
Thanks for reading!