This new update for Data Center Tycoon brings many new features such as employees and the ability to buy bigger buildings.

This update brings many new features into Data Center Tycoon, one of these features is employees. Employees make sure all the servers are quickly fixed if they break. During development the system for loading game content showed it wasn't up to the task, so instead of the old system a new one has taken it's place and along with this system comes multi platform support at the moment that means builds of the game are available on OS X and Windows. Probably the largest feature implemented was the ability to buy bigger buildings to house your data center, so here are some screenshots of the new buildings: 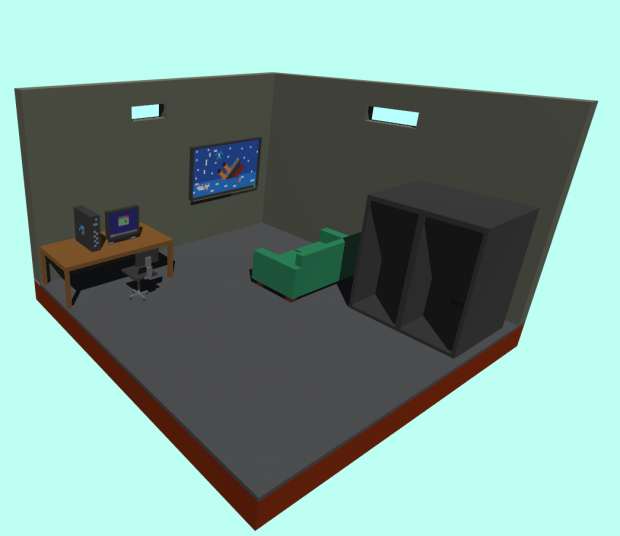 The starting building is a basement with two racks -

clearly not enough space for a growing data center company! 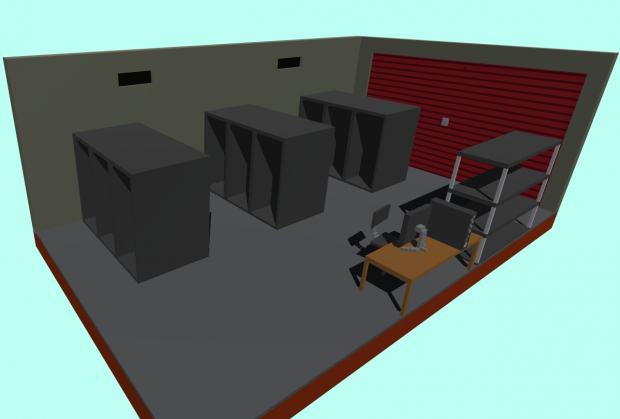 The next step up from the basement is a garage, this has 9 racks of space for servers

and also has enough room for more than one employee.

You buy new buildings through a menu tab called 'estate agent' which lists all the buildings you can move into and if you have enough money you simply click the building you want and your data center will move.

These features aren't the only ones added here is this updates complete new feature list:

Do you have opinions on the game? - here is the Beta feedback form:

and i wish the people didnt look all that minecrafty.

Thanks for the feedback,
Contracts should regenerate when enough are taken (3-5 left on the panel) in the current version. In the next small update (coming in a week or less) the information you would like will be available through more detailed information panels. Not much I can do about the people at the moment because I'm not very practiced at 3D modelling however I too would like to change them (while some how fitting the art style).