Post news RSS Cyclical Circles, the game that will regrow your reflexes

First images, first video and first information about the game and its mechanics.

Cyclical Circles, what is it? 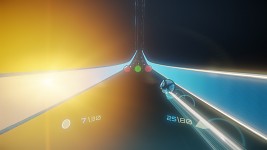 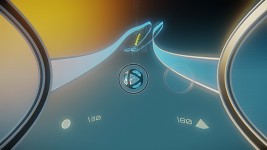 Ok, but the goal in all this?

Four modes are available to the player:

Each of the modes will have four levels of difficulty. From, Easy, to Impossible. But the loot drops recovered will get you some usefull skills. 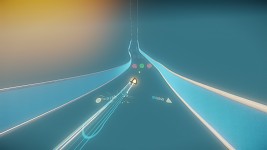 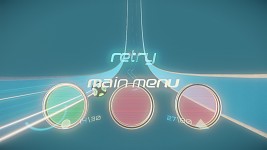 Indeed, the game will have the loot drops over levels 80 objects for each level. You will have a total of 4 different skills, each with three levels of improvement.
Each competency will require the equivalent of 100 loot drops by skill level. Then 2 times the previous amount plus (100 × 2 = 200) for the second stage, then the same thing for the third and final level of competence (600 loot drops). 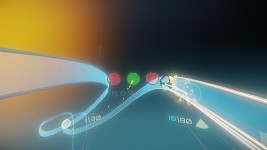 Where does the development?

The game is still in beta testing but soon a demo will be posted on the ModDB site, and possibly on Crydev. In the meantime, here one video showing the actual rendering of the game :

Interesting for sure although I don't see why I should get it when I have audiosurf. Does it get faster later on? Oh and you really need some sort of feedback when passing the green gates like a sound or it braking or something.

I don't understand the relationship with Audiosurf. The basic concept may seem similar, but in reality it's very different at all levels.

Audiosurf is primarily a musical video game. Cyclical Circles is a reflex game. The music has nothing to do with the gameplay.

And concerning the speed, I explain in the article there are 4 difficulty modes. So about the difficulty it will be based on speed. So yes, the game will go faster, depending on the difficulty level chosen.

And regarding the passage in the green rings, I just work on it right now. On the red too :)

nice to hear :)
one of your gamemodes Circle One thats the gameplay of audiosurf. I see you got some others and loot as well so thats cool.

Absolutely! But you're right to point out the similarity.

However, I want to create a game that is unlike any other. And if the gameplay may seem similar to another game, the atmosphere will be very different ^^