After trying to make an optimized way of 3D collisions, I have seen that who make the game get low framerates at certain points were the AI pathfinding (more info on the article).

As you have read before, the low framerates were caused by the AI pathfinding. After hours of work, I solve this, and now the game can handle almost 256 enemies at 45-60 fps - obviusly, this is just for testing, the amount of enemies will be approximately of 45- 64. 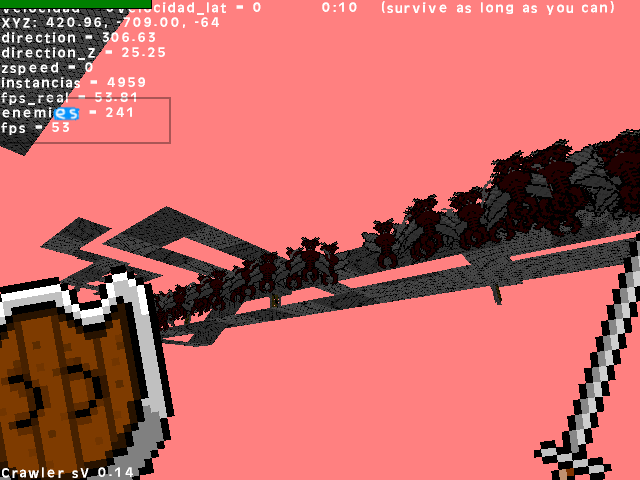 If you think this was everything to say on this post, you are wrong. On the next release, I will add to the generator the ability to make rooms - a system that I’m working right now. So I’ll have the next version later than expected.