In this news post I explain the consequence system and game progression in our upcoming horror game Uncanny Valley.

Ever since we released this project, we got two questions. First one was - why is there genitalia diagrams on the wall? Because it makes sense, story wise, simple as that. More importantly, people have been wondering how the consequence system will work, as some are worried it will suck the fun out of the game if you will be unable to defend yourself at later stages, if the game punishes you too hard. 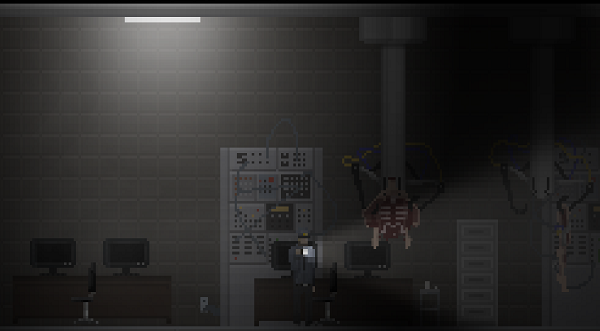 Let's start with an explanation first. We always loved open sandbox games with a lot of possibilities. Playing one way becomes boring and we want to present choices, not only in story but also in the gameplay. So we decided to invest some time into making the game more natural - let's say you're locked in a room. You see a sturdy cart there, which you can push and break down the door with. There's also a vent, you can climb through it and you're free. Maybe you found an axe earlier and you can destroy the doors, meaning you don't have to find a key. This was our first concern - making the game logical. As much as we love Silent Hill games, we don't want to create key hunting fetch quests if you can simply destroy the door. Well, for the most part, at least, there still needs to be some sort of logical progression through the game. That's our advantage over 3D games, we can make things like that happen more easily. 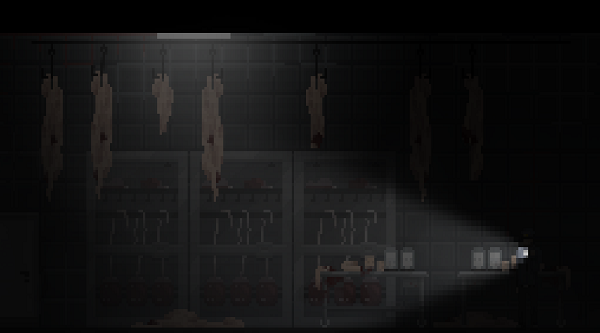 What you do also has an impact story wise, if we go back to the previously mentioned situation, where you break down the doors with a cart. When you do that, it's going to be loud and that might attract hostile attention. If you go through a vent, they might also hear you or it could be a trap - you don't want to be in a tight space with no escape when they find you. So the gameplay creates dilemmas. When we back that with the consequence system, you will actually have to think things through before you do something you will regret. There will be only one save game file per playthrough, meaning you can't go back and change what happened to your character to achieve the best result.

As for the consequence system alone, we are keeping it balanced. There will never be a situation where you will be too damaged to escape or progress through the story, you won't be put in a wheelchair for the rest of the game. It's a thin line between creating something that will be punishing and still fun, but through testing we will manage to find that perfect middle. And, as we offer a lot of options through playing, you will still be able to advance. Some consequences might affect the world, side characters and how the story progresses, so it's not always your personal health on the line. 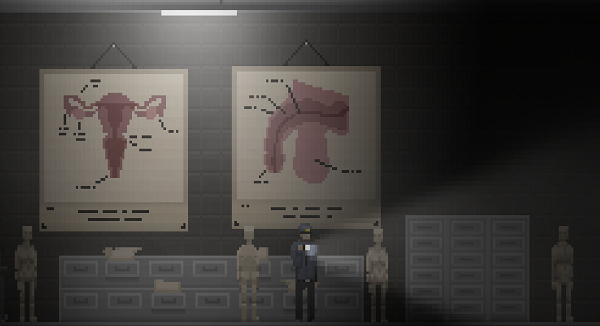 Now you know our goal. Create an atmospheric, scary horror game with logical progression, consequences that shapes your character, world, side characters and kept the gameplay fresh and interesting throughout the game and an untypical story for a horror game. Combining that, we will create a great game - Uncanny Valley.

You can still vote for the game on Greenlight here: Goo.gl
We are nearly at the top 100 games here on Greenlight, which is very good news! Keep on sharing this page with all your friends to help us gain a few more votes!

God, I love the looks of this.

This is so awesome!