Euro Toss Game Studios is displaying its first concept art for the first playable area of the game: the street area. Displaying the building where the main action of the game will take place.

The team has been working on all fronts this week, but this post will be dedicated to the concept art of the first area of Ash Ballet. As mentioned before, it will be a street area, that will lead to the hotel were the main action of the game will take place.

Firstly, we have the concept art for the first playable area of Ash Ballet: the Street. 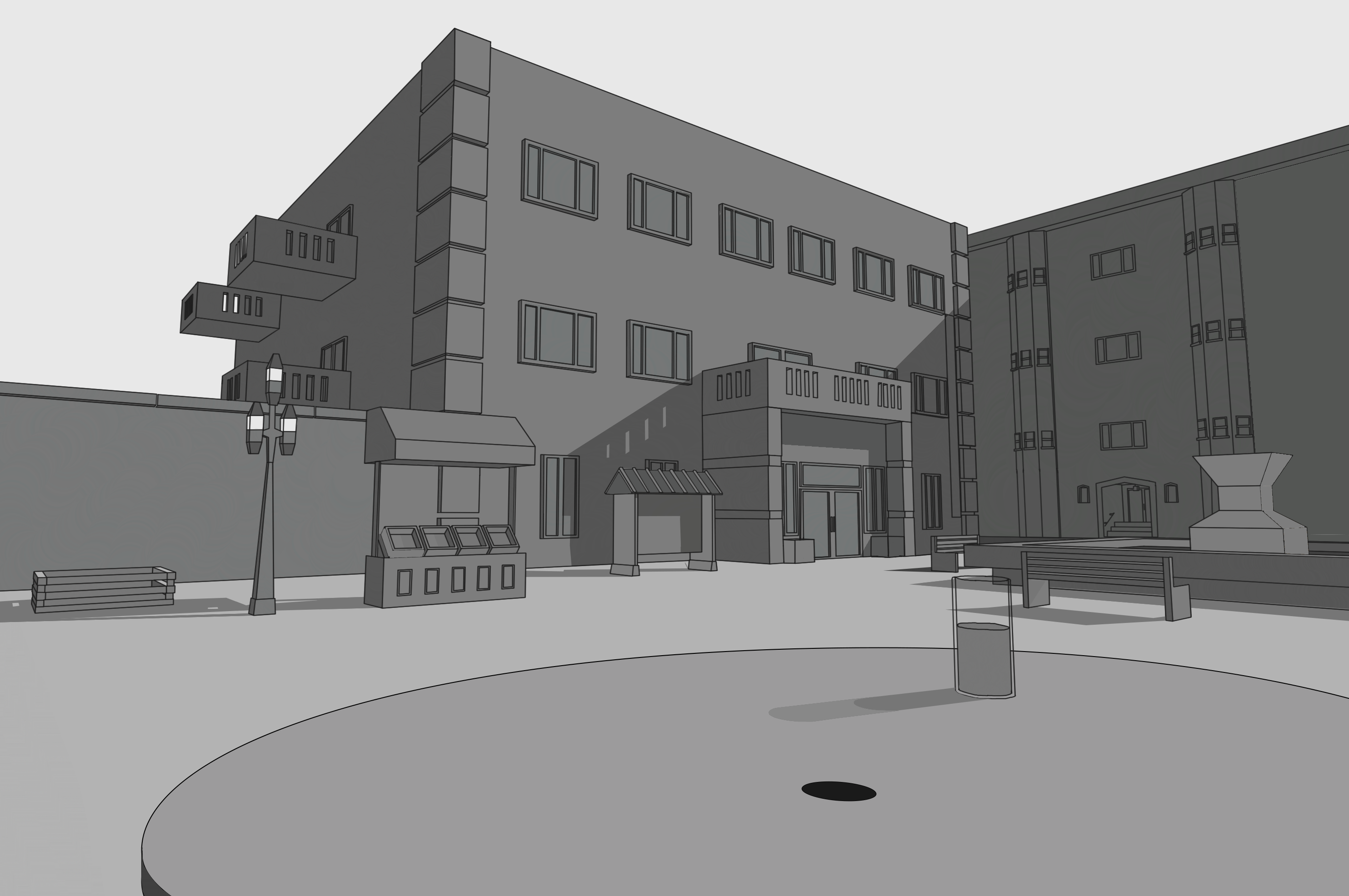 The team made color studies focused on inspirations of rich areas, where all resembles gold and clean surfaces all around. 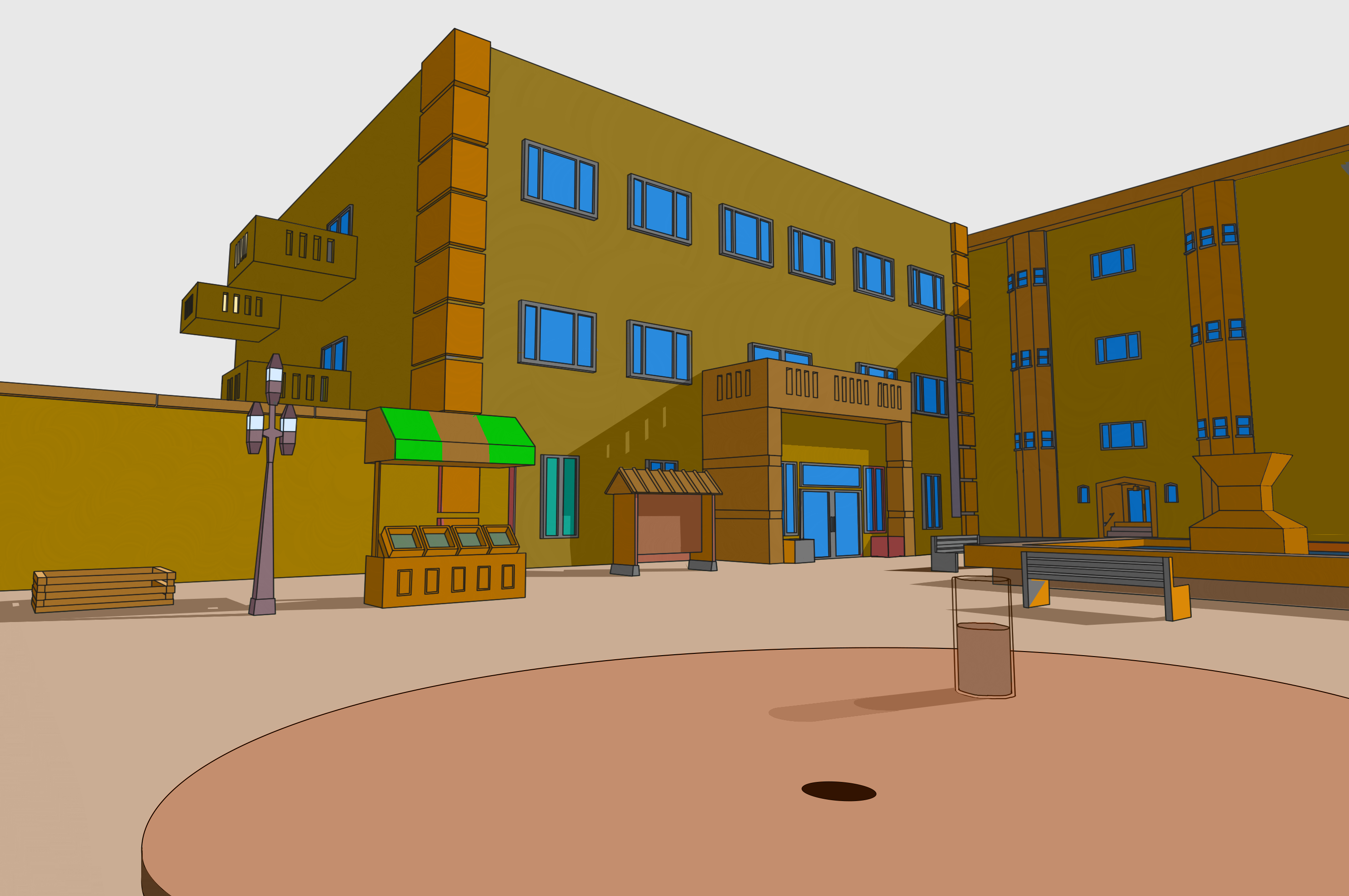 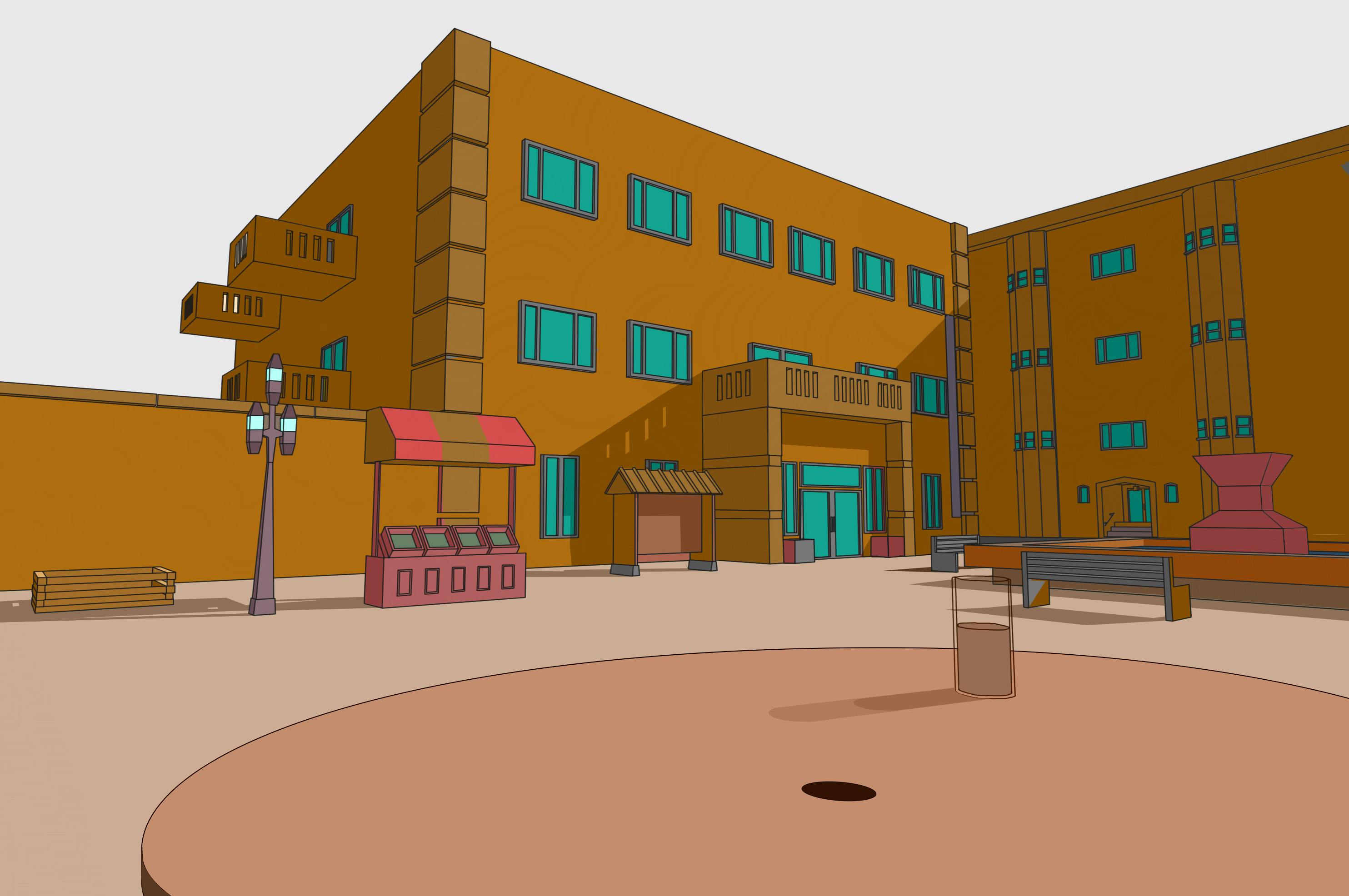 And still, a version that someone could think that something wasn't right in the world, in that moment. 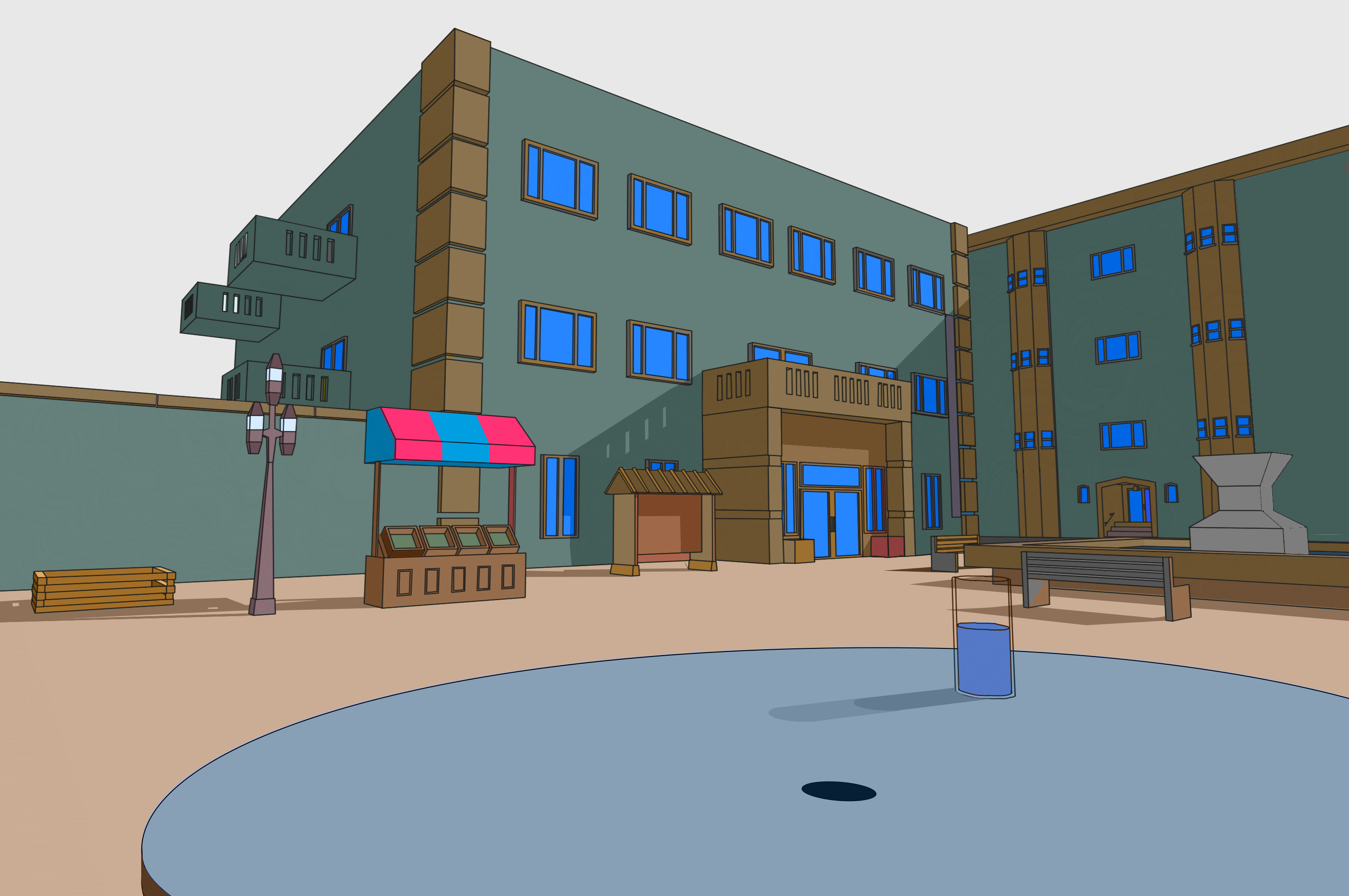 But in the end, the team tried something even different. Colors that resemble bricks, and blue terms for everything else. The colors may not be too much realistic at this point, but shows that the team is focused on the comic book aesthetic, and not on the realistic aspect. 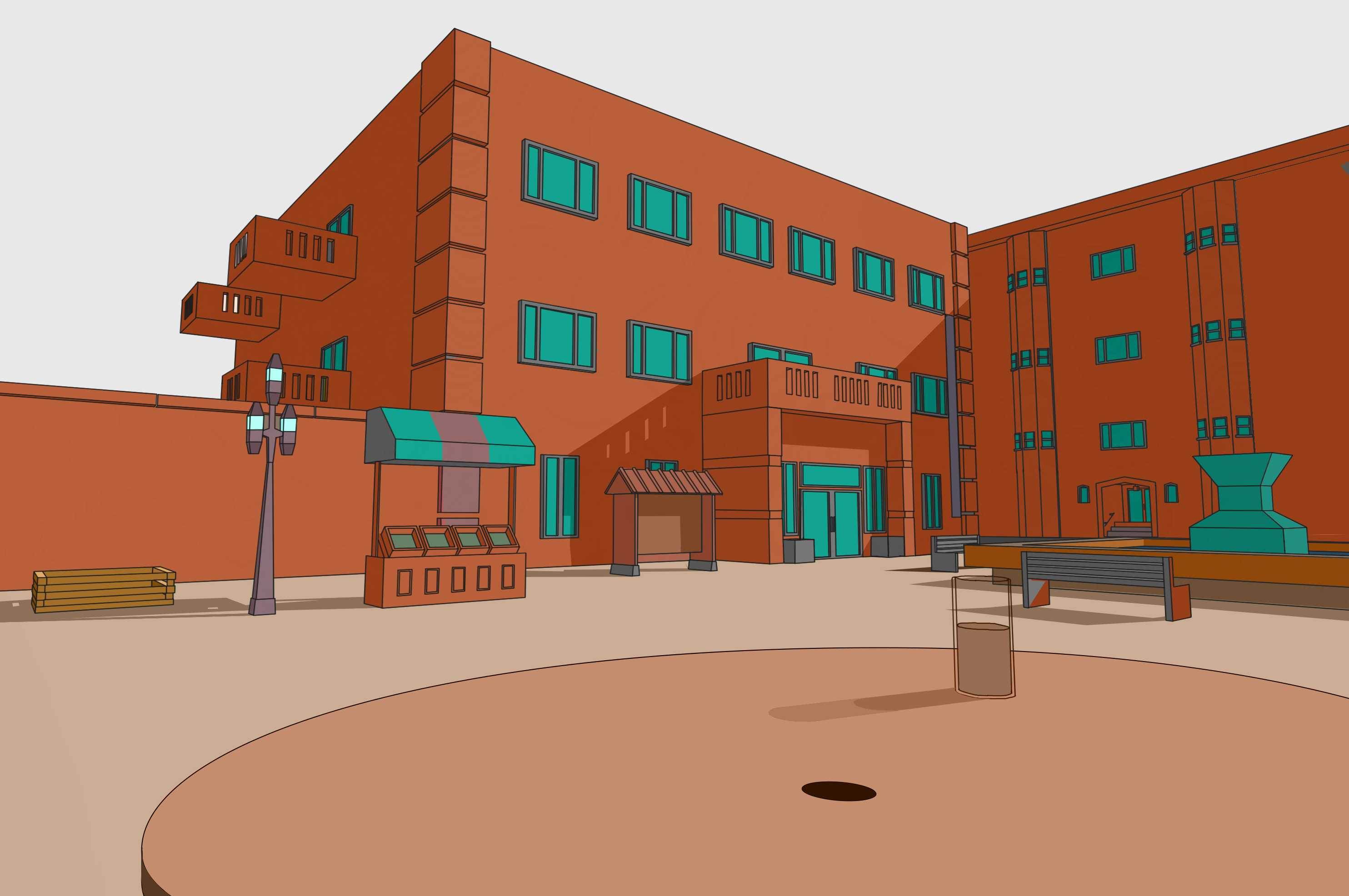 To end the devblog, the team wanted to share that it is starting sound tests for the game, and that will be the main focus of next weeks post! Shooting, reloading, and maybe some other aspects..