We decided to promote our game with comics. The story of the comics ends where the story of our game begins. In this article, we're showing the process of comics making.

How to get people interested in the story before the game is released?

We thought out a creative way of promotion: comics, the storyline of which leads up to the story of the game. The main character of the comics is a hunter named Agol; he’s in love with a healer Naara. We used to publish a two-page part of the story every other week.

There are three of us working on the comics story: Adam, Kika and Adel.

How does our process of comics-making work? 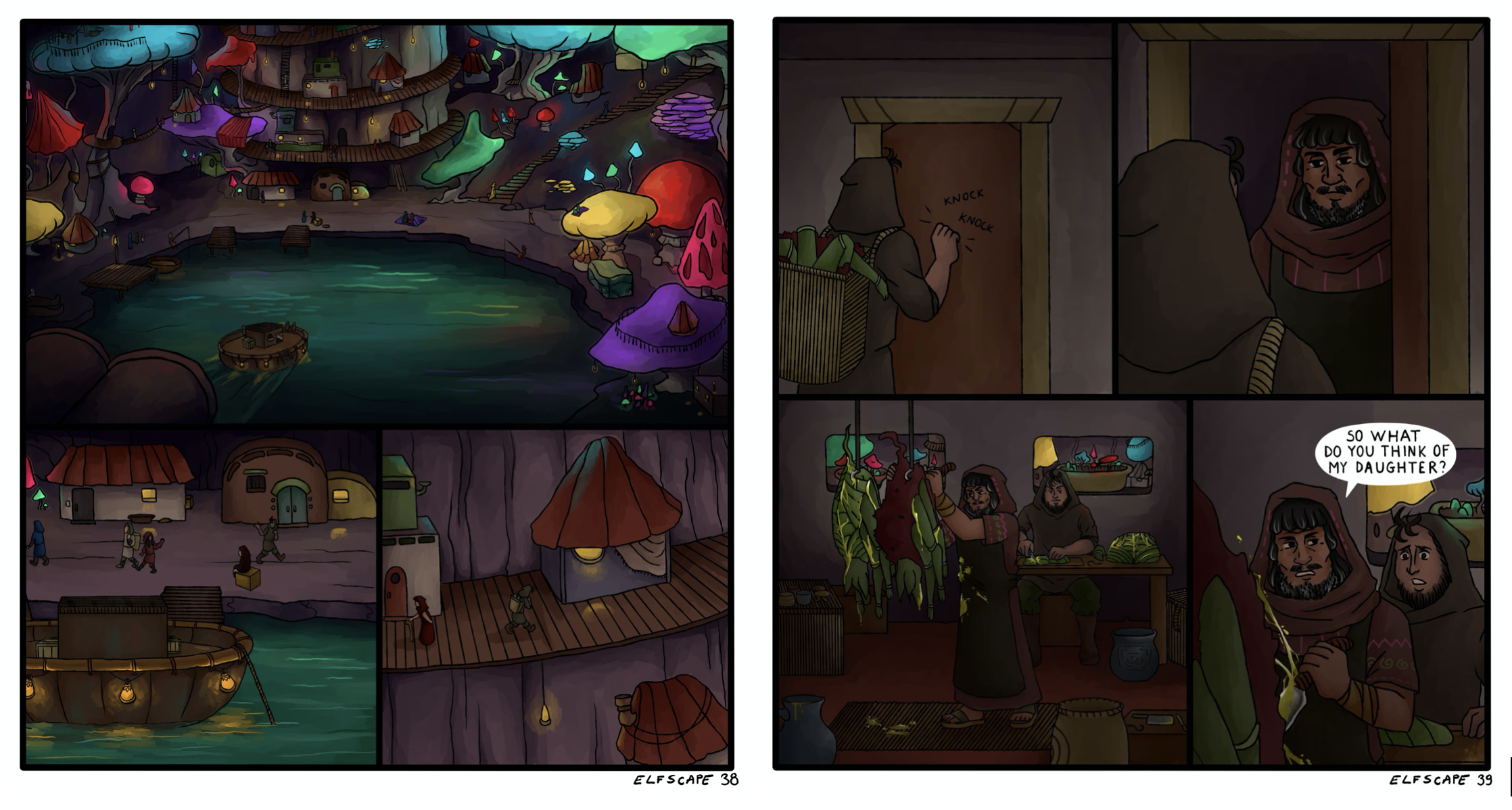 4. The first drafts of the comics are drawn by Kika, who studied movie animation. She knows how to logically distribute panels in comics for the story-space-time relations between panels to make sense.

But because Kika is mostly focused on the game graphics, the rest of the comics-making process is Adel’s job. Because she’s the newest member of the Elfscape team, she’s not as experienced as Kika yet. She draws the comics following Kika’s draft and then colours it. She discusses the final version with Adam and Kika, and they try to make it the best - overcome the eternal obstacles in the form of drawing perspective and backgrounds.

Process of changing the sketch to final picture 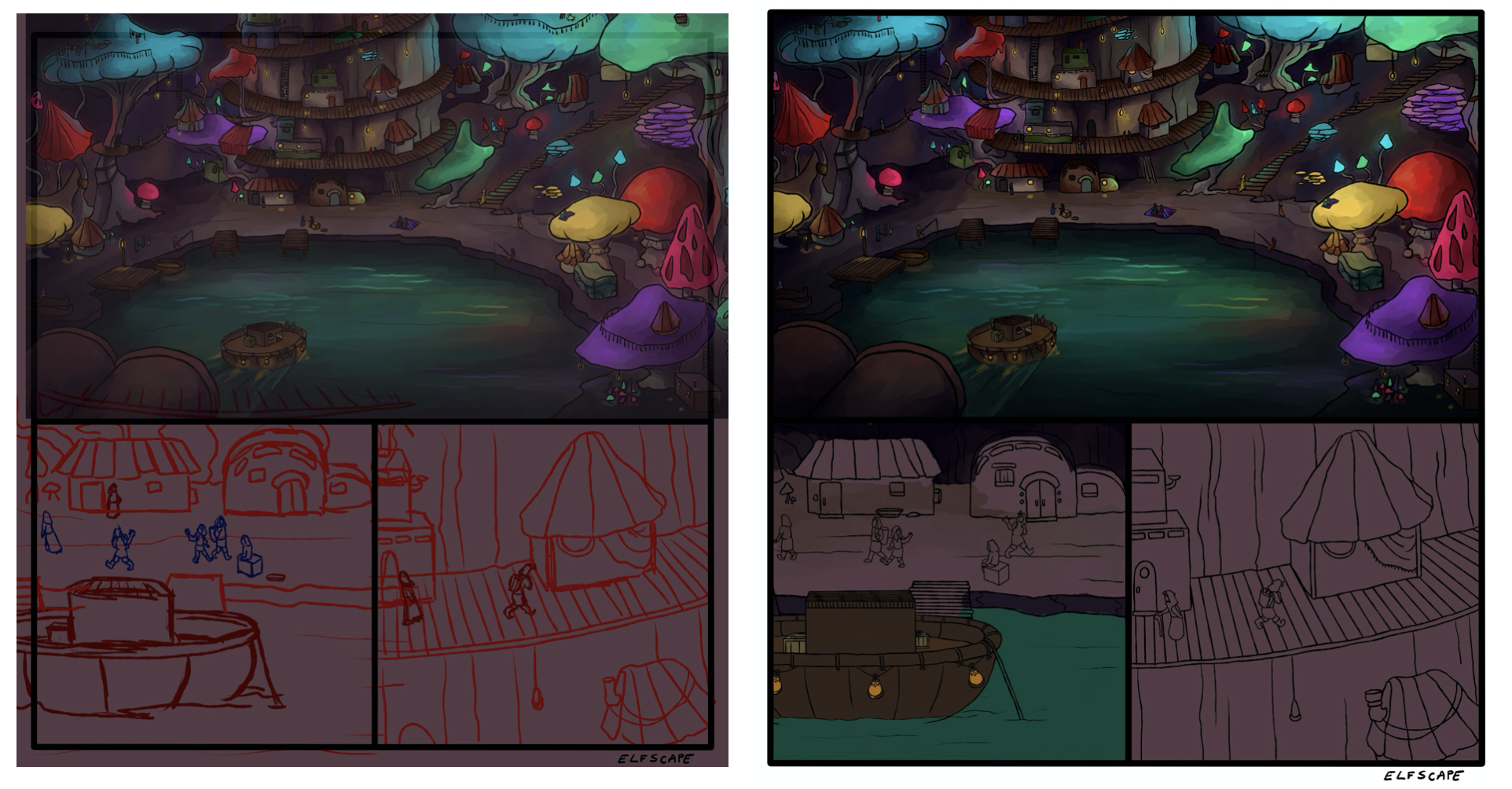 However, their creation is quite time-consuming, which later turned out to be a huge disadvantage. The creation of the comics took too much time which could have been used for creating the game graphics.

We have eventually decided to stop using comics as a promotion for a while. But, since it’s a good promotion, we’ll continue publishing the story of Agol the Hunter when the game is completed.

And some things we‘ve learned along the way:

You can read the comics story of Agol the hunter here.