A look at the different ways we can use the backgrounds in our game...

After spending a lot of time on Travel, it was time to look at the Combat arena once more. After exhibiting an early preview version at Poznan we had a lot of ideas on how to improve the visual effects, and to make the game feel smoother, which mostly comes down to timing.

However we’ve also looked at the conflict background, which was still a very old image we had in there. To replace that placeholder, we examined a lot of different options: 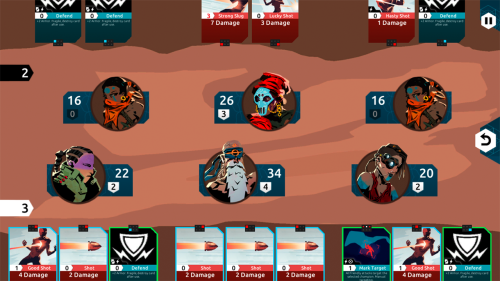 This was our starting point. A very simple, quickly cobbled together background to provide some visual variety and to help separate cards from champions. 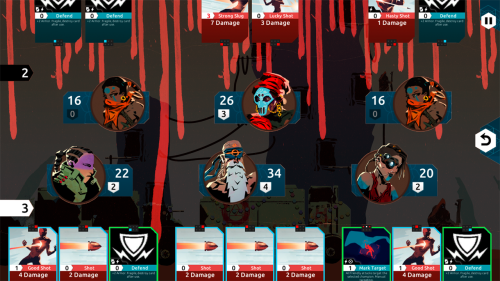 A simple attempt, showing the travel view in the background. It has the weird effect of making you feel like those characters are looking at you from within the houses there. We thought it felt too confusing in general. 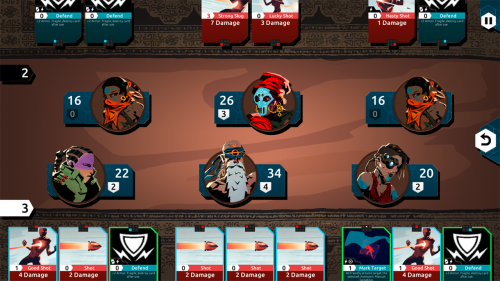 Using a sort of carpet motiv to tie into our world design. However we thought that this makes it feel a lot like an actual card game, with a designated play mat. On the other hand, the vignette adds some undefined lighting and makes the rest of the screen a bit more spatially 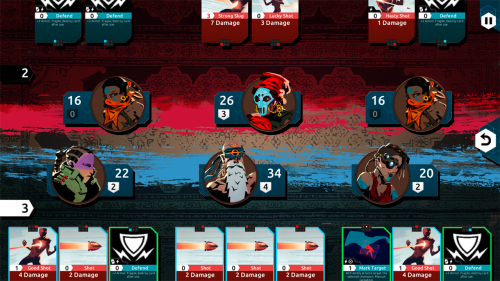 Another version of the carpet, this time full screen with some strong highlights for the two sides. Still the same problem of making it look too much like a board game. 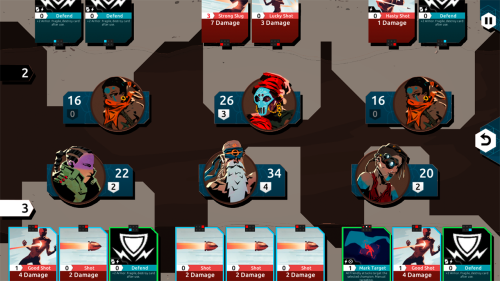 Looking at a different direction again. Something abstract, that ties characters and cards together. While the shapes work whell to connect things visually, the style seems very urban and clean sci-fi. Also the high contrast makes some things difficult to read. 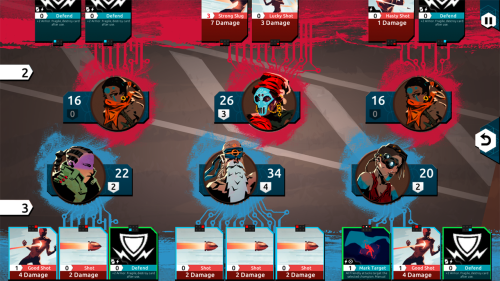 A differnt, more organic way to tie characters and cards together. Also a more realistic backdrop. It’s a bit too busy, but we are getting there. The background is interesting, and the colored sides work well. They might even help avoid the issue that some people have where they don’t understand that the cards at the top of the screen aren’t theirs. 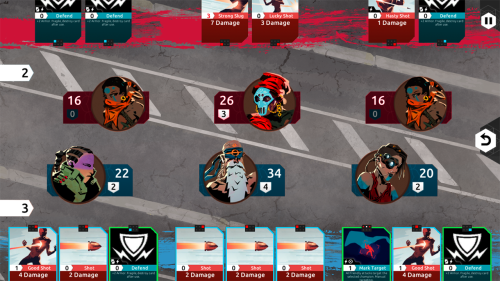 And at last, a simpler way to show the two sides and an interesting background with a scale that feels good. A soft vignette to add some depth without making it feel like night, and differently colored enemy boxes to increase the color split.

So with that many pretty pictures (which are just a small selection of the many ideas we had), which one is your favorite?