Phew. Lots of you bought Minecraft at Christmas, smashing download records all over the place. 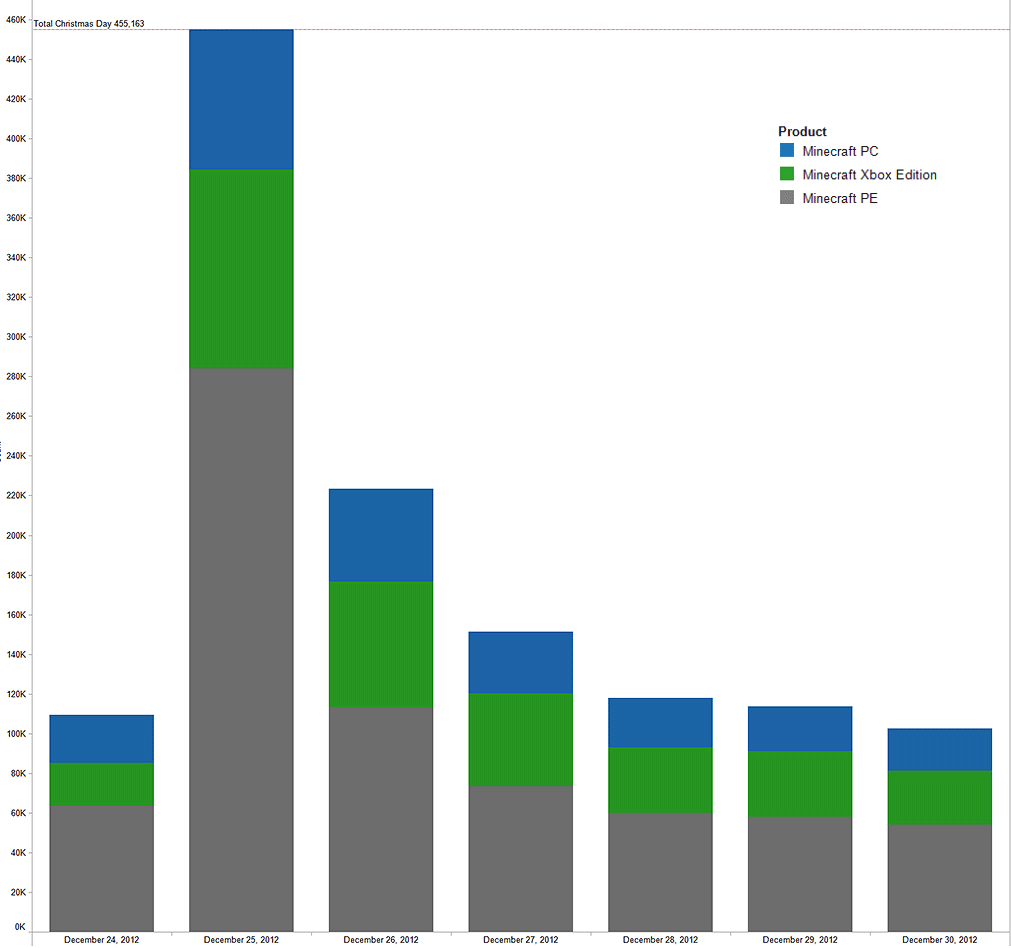 Phew. Lots of you bought Minecraft at Christmas, smashing download records all over the place. The numbers are so massive that even Patrick “master of stats” Geuder raised an eyebrow, and that hardly ever happens. We thought it would be nice to share the numbers. Prepare for an incoming stat attack!

Thanks for purchasing people! We hope you’ve enjoyed the festive period with your friends and family whether you interacted through Minecraft or IRL.

And Happy New Year from all at Mojang! Make it a great one!