1.5 million copies sold! To celebrate this milestone, Torn Banner studios has added character customization to Chivalry by way of a new update. This poster demonstrates the new customization feature and showcases only a glimpse of the possible variety including new helmets, tabard patterns and emblems. 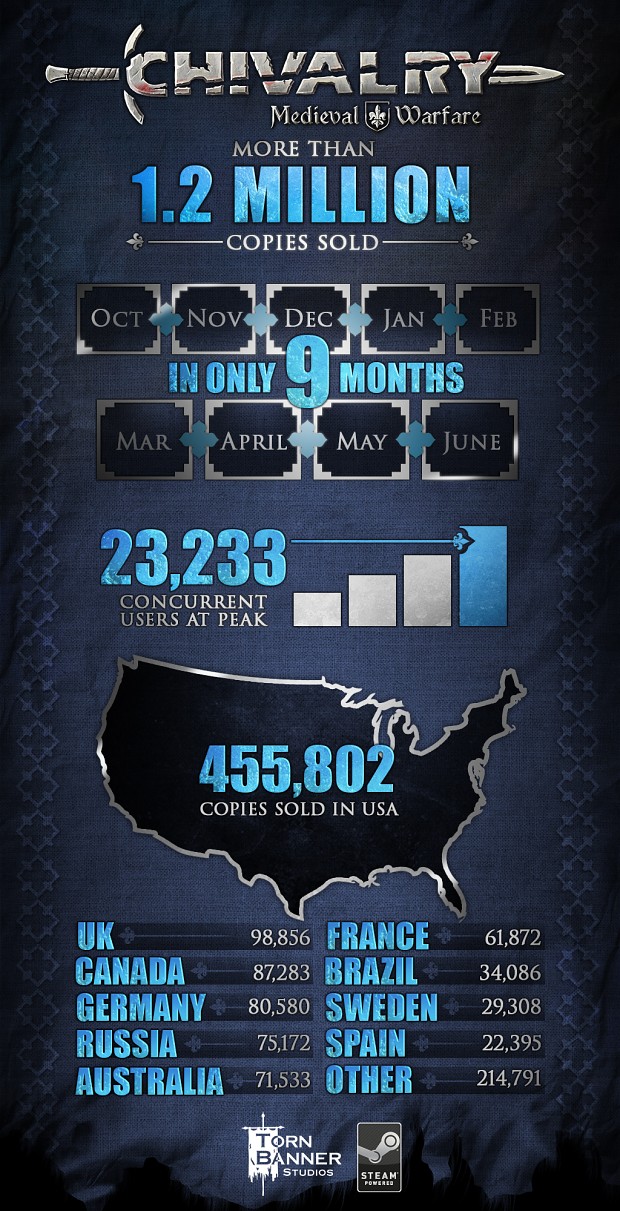 Customisation of your Chivalrous character:

Other changes and fixes in Content Update 2 are below: