So the Ten Aces are actually 10 brothers who are sons of gods. This is one of them, Versago the Radical.

Since he was a child he developed a high interest in the art of manipulating life, which is the reason why people often call him a necromancer, even though he despises being called that way. He can raise and control the dead as efficiently as he can heal and treat the living. He admittedly is the most good looking of the 10, rumored to have the beauty of an angel. Strange though it seems, he decided, long ago, to hide his beauty, since he claimed that a man should be judged by his actions rather than his appearance. 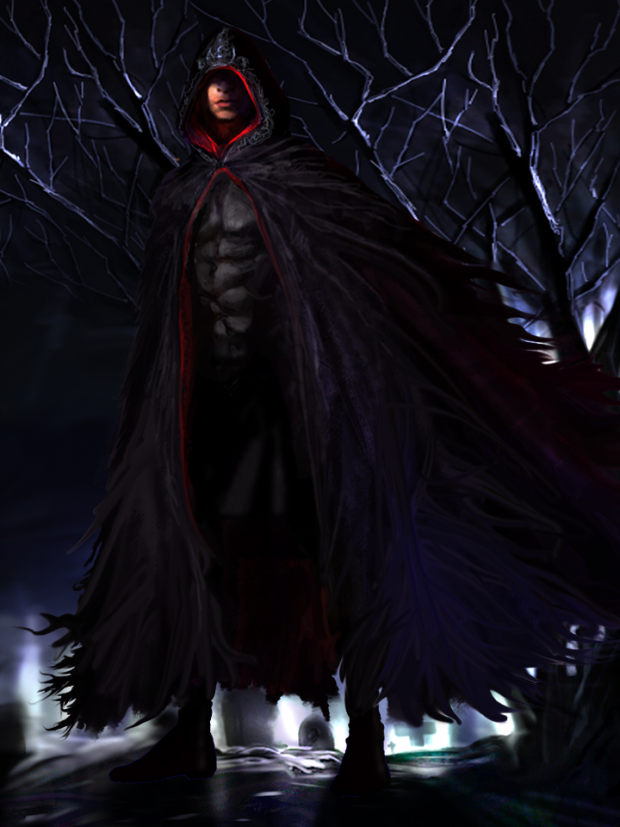 Versago has always been willing to assist with his powers, when needed, but he is feared, since the solution he chooses to offer seem quite radical to many. He prefers to use his army of dead in order to have all the unpleasant and tiring tasks done instead of using his living people, regardless the fact that the figure of his army of dead is really gruesome. His castle soon became known as the “Bloody Castle” due to the methods he chooses to use.

Tell us if you liked it and more story will come!