Version 1.2 of "Celaria" was released and introduces a highly requested feature by the community:
The speedrun gamemode.
In addition to that this update also adds a daily featured playlist as well as ingame maprating/mapvoting.

For a short overview over those features you can check the most recent video update of the game:

So let's get into the details of each new feature. 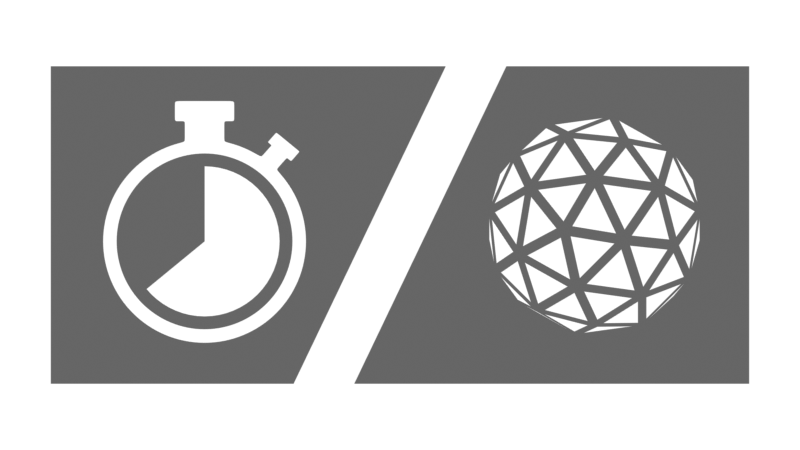 The speedrun mode is a highly requested addition to the game and consists of not only one but two playstyles/submodes: "Any%" and "All Spheres"
Both speedrun modes have dedicated online leaderboards and support online replay/ghost as it is case in single-map runs.

Your whole playthrough of the speedrun will be recorded and uploaded as a ghost/replay to the leaderboards so that other players can download and run against your replay.

The goal of Any% is simple: Run through all campaign maps in sequence as fast as possible. (All checkpoints have to be activated in the same order as they do in the campaign.)
Your time across all maps will be added together to calculate your total runtime.
No breaks/pauses are possible (this has to be done in one go.) 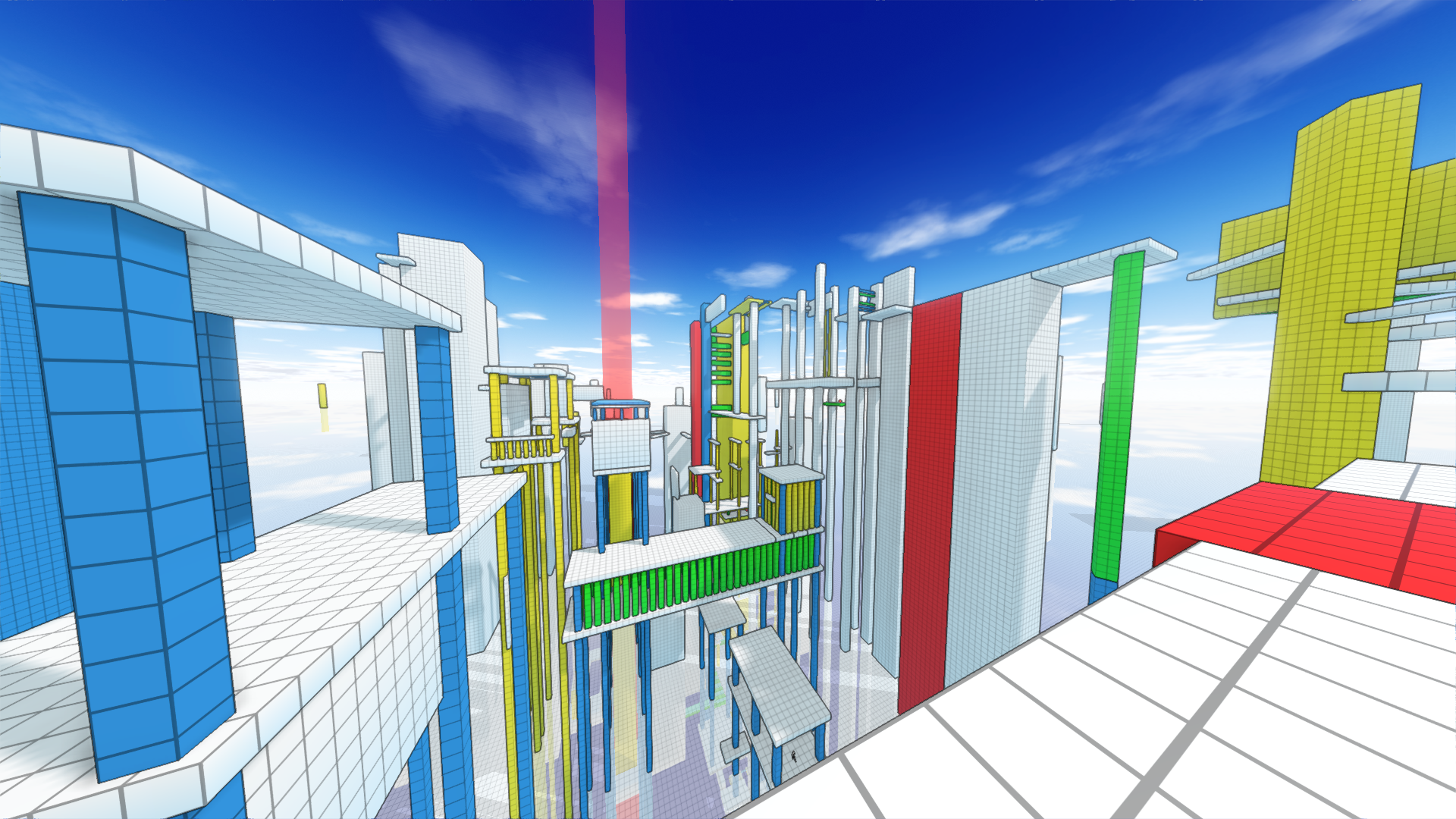 The speedrun mode also has predetermined medal-times (bronze, silver, gold and platin) which you can chase after.
Compared to the campaign and custom maps, the speedrun mode has unique looking medals and thus also unique steam-achievements for beating those times:

"All Spheres" is a bit different compared to "Any%". You still have to run through all campaign maps in sequence as in "Any%". But in order to be able to advance to the next map you first have to collect all spheres (which are the collectables in the campaign mode) on the given map. (The goal/finish of the given map will not activate unless all spheres were collected.)

Spheres are marked with a red light beam similar to checkpoints. How or in what order you reach them doesn't matter. It's up to you to find the fastest/most efficient route.

Here an example how one of those spheres looks like: 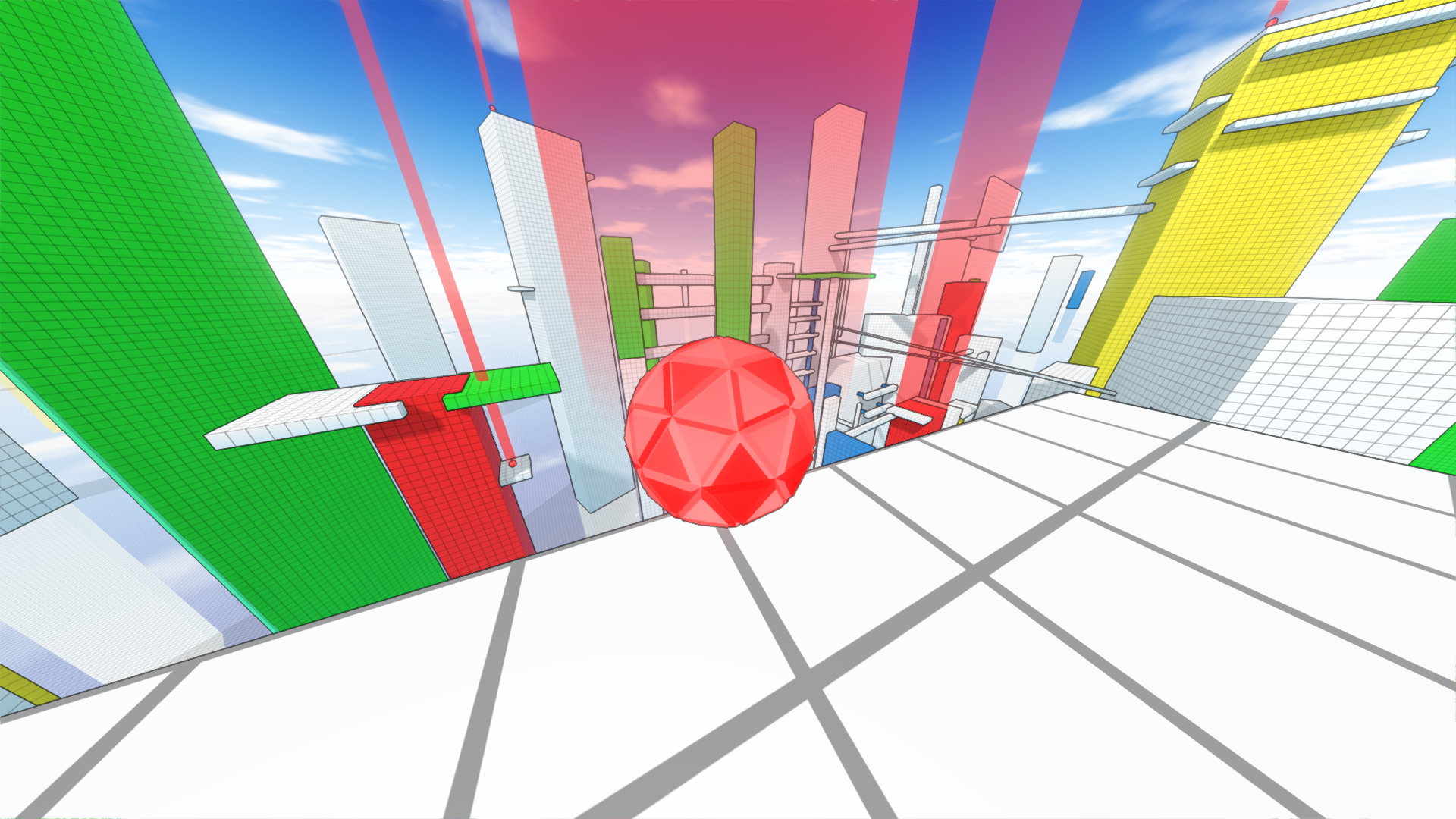 And here an overview of one of the maps in the campaign: 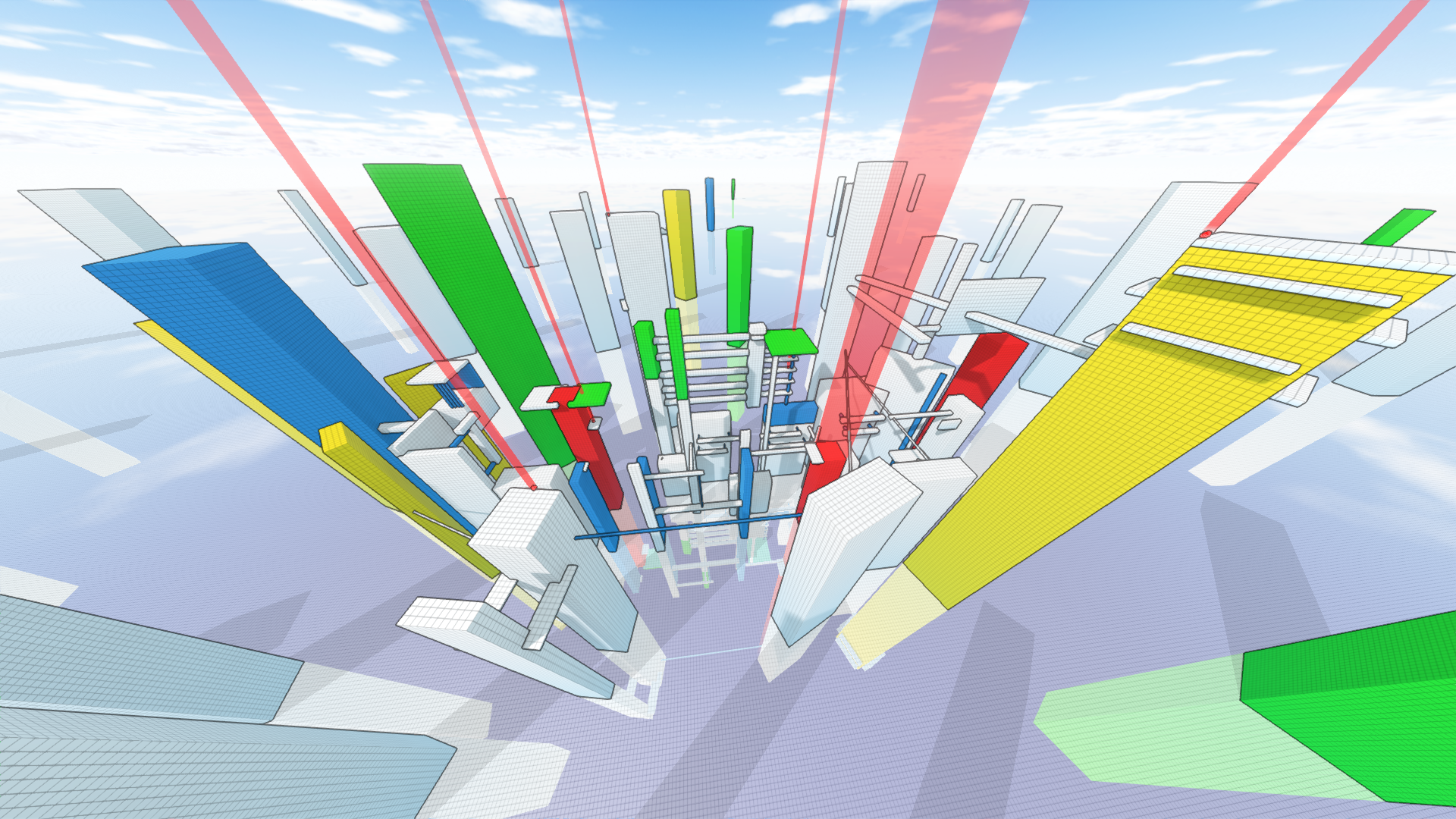 This is definitely the harder speedrun mode and will require a fair bit determination to get through.

As it is the case with the Any% speedrun mode the "All Spheres" speedrun also has unique looking medals with its own Steam-achievements:

The goal of this new feature are:

Also runs perfomed on the daily map will also be submitted to the global leaderboards. So in case you manage to pull of a world record, fear not as the game will also submit your run to the regular map leaderboards. :)

An example of the daily featured menu is shown here: 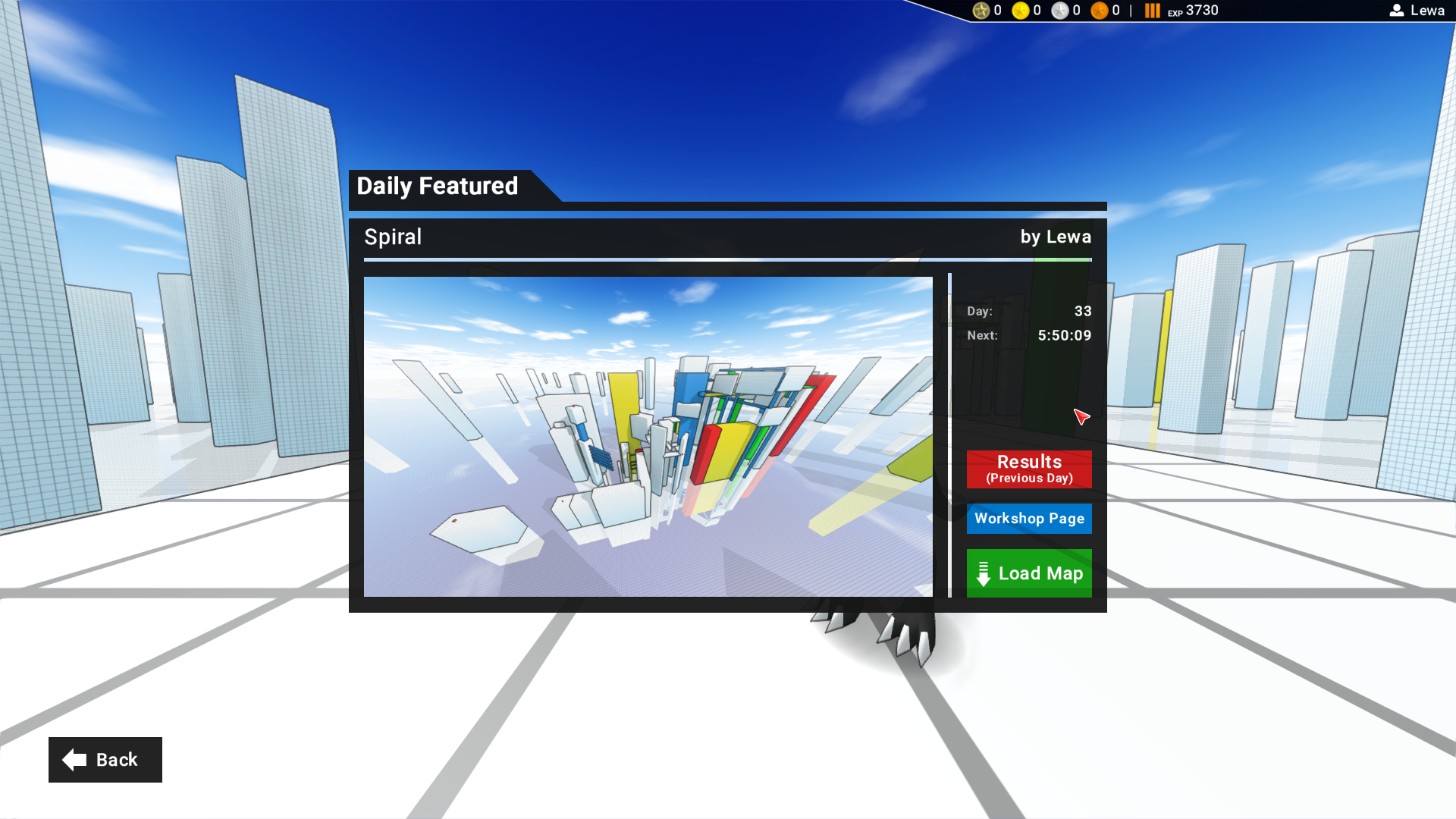 From this screen you can either load the currently displayed map, open the steam workshop page (opens the steam browser ingame) or check the daily leaderboard from the previous day.

Opening the leaderboard in the daily featured menu will display two additional filter options (alongside the regular "Global" and "Friends" filter.)

You can easily filter between the daily (global), daily (friends), the regular global and friends (global) leaderboards.

This daily feature playlist will not only give players easy access to a new map to play/compete on every day but also increase the visibility of custom maps. A win-win situation for both players and mapcreators. :)

Previously if you wanted to give feedback to a workshop map you needed to open the workshop page of the game in the steam browser, navigate to the given maps steam-page.

Now vote submissions are integrated into the game. At the end of a run on either a workshop/custom map and/or in the daily featured map playlist a "submit vote" popup will appear at the bottom half of the screen: 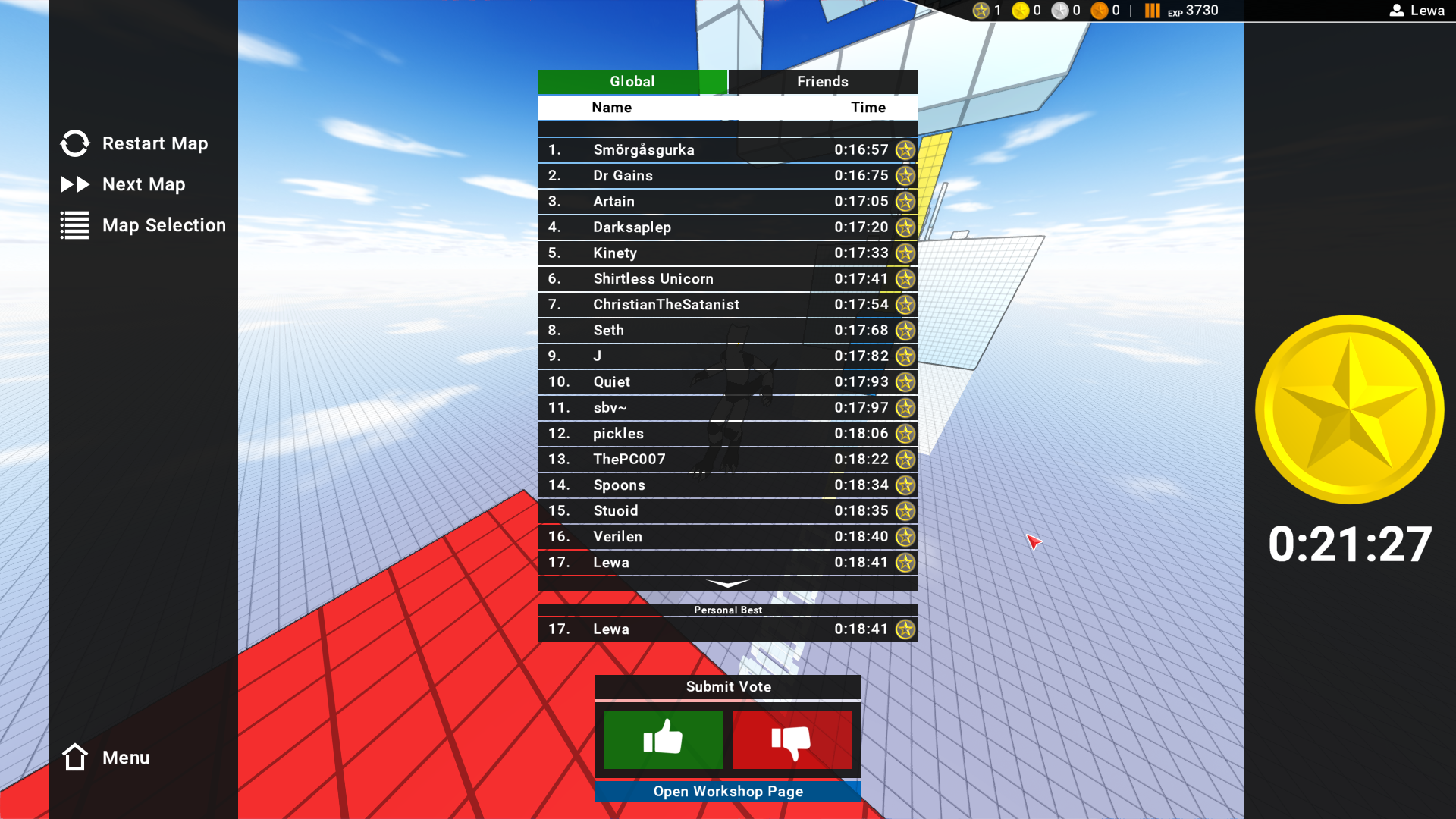 Here is a close-up of those UI elements:

You then can either give the map a thumbs-up or thumbs-down.
You can also open the steam-workshop page of the map in the steam-overlay in case you want to check out the map-creator and/or leave a comment there.

Visit our discord if you want to chat with the community! :)