We come out of deep space to take you on a tour aboard one of our ships - the quick and deadly Nebular Hunter. This is the first in the series of introductory videos showcasing many starships that will become available to you in our game.

We come out of deep space to take you on a tour aboard one of our ships - the quick and deadly Nebular Hunter. This is the first in the series of introductory videos showcasing many starships that will become available to you in our game. 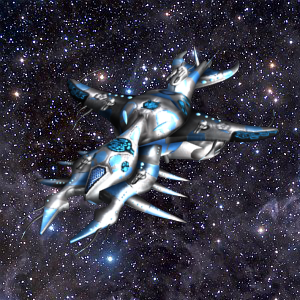 An agile ship with relatively light armor and a medium-capacity shield which are greatly complemented by her formidable laser absorption ability. She is armed with a powerful close-range laser whose only weakness is its high rate of energy consumption. The ship is additionally equipped with a rear-facing slug-shooter that cannot cause a lot of damage but is very handy at attacking any pursuers.Nebular Hunter approaches her targets unnoticed, shoots when still concealed and then chases half-destroyed enemy until the job is done. This ship is often used for making ambushes and praised for her ability to cause maximum damage in a minimal amount of time. She’s unmatched in the job of finishing off already-damaged opponents. And when the odds are against her, Nebular Hunter flees with the same incredible speed that she uses for pursuit.

The main technology used on the Nebular Hunter is Stealth, and the rest of her techs support and boost ship's abilities in stealth mode and increase her chances to successfully flee after attacking. Stealth technology brings the ship into Stealth mode for 30 seconds. When in Stealth, you can only be detected by scanners when the other ships are extremely close to you. The drawback is that when you are hidden, your ship’s maximum speed, acceleration and energy regeneration are reduced by 30%. If you activate any weapons or technologies, the ship will come out of Stealth mode. She will also be revealed if you take damage. Upgrades to the main technology reduce penalties to the ship's parameters and increase the time you can stay in Stealth mode.

Spurt technology, when activated, gives a bonus to the current speed of the ship that amounts to 50% of your maximum speed. This allows you to immediately gain a huge speed advantage over anybody. Upgrades for this tech make the speed boost even bigger.

Quiet shooter technology works in the background and gives you a chance to stay in Stealth mode when you use your main weapon. It begins at 10% and then slowly goes up when upgraded.

Here you can see Nebular Hunter in action: 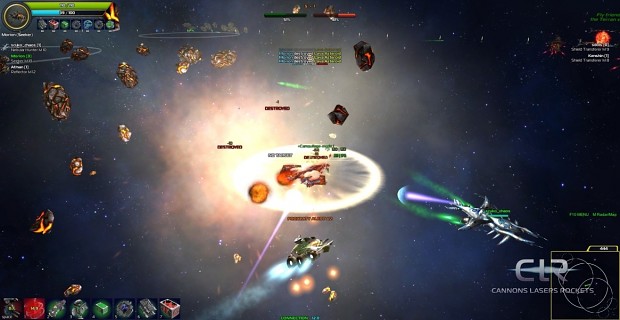 And here is a gameplay video for Nebular Hunter: