How could there be a way to escape in a game titled "I Can't Escape?"

First off, if you haven't played the game yet, do so now, it's freely available here: Newgrounds.com . The following post will contain spoilers, and should not be read until you've played at least once.

So, at this point, you should have played "I Can't Escape." You honestly tried your best to escape, and found yourself being plunged deeper into darker and eerier levels. This part of the game is designed to psychologically invoke feelings of being trapped and helpless. Even though you had full control and nothing really jumped out at you, you probably felt scared, or a little panicked near the end. Now you wonder, is it possible to escape? You were likely never close to being able to escape, but that was probably because you accidentally fell into some pits, and maybe if you did something different, you could escape. There were even signs of hope in the game, like ladders you could climb. Now I'm going to taunt you and tell you that you can escape, and then show you this video that shows a playthrough where I escape.

Now I recommend you play again, and maybe with the information you were able to gather from the video, you'll actually be able to escape!

Still weren't able to escape? Starting to think I'm trolling you, and that my escape was a hack? Well, it was no hack, and anyone can do it, but the video makes it look a lot easier than it is. Below I'll give you a few more hints that may help you.

The first thing you need to be able to do (if you aren't able to already) is to recognize hidden pits and hidden doors. The easiest way is to see them side-by-side and notice the differences: 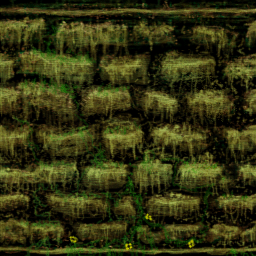 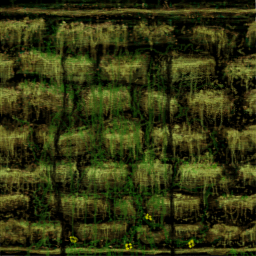 On the left is a normal wall, and on the right is the hidden door. The cracks of the door can sometimes be hard to see, but there is more moss on the hidden door, making it greener as well. 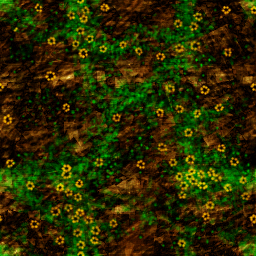 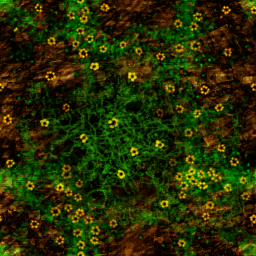 The hidden pit is still black where the pit is, but it has green moss growing over it which makes it difficult to see. If you move carefully though, you should be able to avoid hidden pits.

By avoiding hidden pits and using hidden doors, you'll be able to explore a level much more effectively without falling. Even though most ladders are blocked off by pits or walls, in the video, I was able to break through a cracked wall by bumping into it, exposing the ladder I used to escape.

It wont be easy, it may even seem impossible, but if you never give up, you CAN do the impossible - escape in I Can't Escape! I'll leave you with one final hint: It is no coincidence that in the video, I was on the second floor and had to climb back up to the first floor before I escaped.

I think this is awesome but it needs a monster.

This reminds me of the old Windows '95 labyrinth screensaver. I always felt like that should have been a game...

can you make a downloadable version?
i really wanted it save in my computer.

Sure, I have created an adobe air version, which once approved you'll be able to download it here: Indiedb.com . I can also make projector versions if you're having trouble with air.