This update includes an improved resource system which adds a lot new features to the game.

It's been a long time since the last update and I have been working on a new resource system. In single- and multiplayer games, producers now spawn resource-blocks which need to be transported to a warehouse.
Besides that I added the conveyor-belt as a new type of block (to transport resources), added energy as a new type of resource and changed some other things (better camera movement,...).

Changes since the last update: 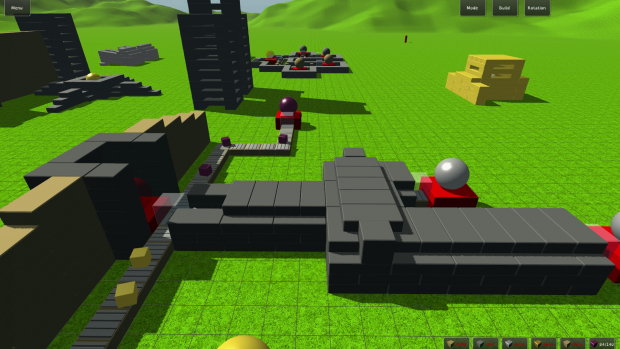 This is the type of game I could get totally lost in, especially with any type of challenges. Having to work with a limited budget or resources in order to use the correct blocks to complete a challenge would be a ton of fun I think.