Newest update to Book of Demons hack'n'slash game introduces streaming integration for both Twitch and Mixer. Let your viewers help you.. or harm you!

With the newest update we are introducing our streaming integration for both Twitch and Mixer, thus answering the age-old question: what is best in life? Apparently to crush your streamers, see them driven before you, and to hear the lamentations of their women!

Or, optionally, helping them overcome hordes of monsters and those who would rather see them fail by spawning drops and picking better cards! 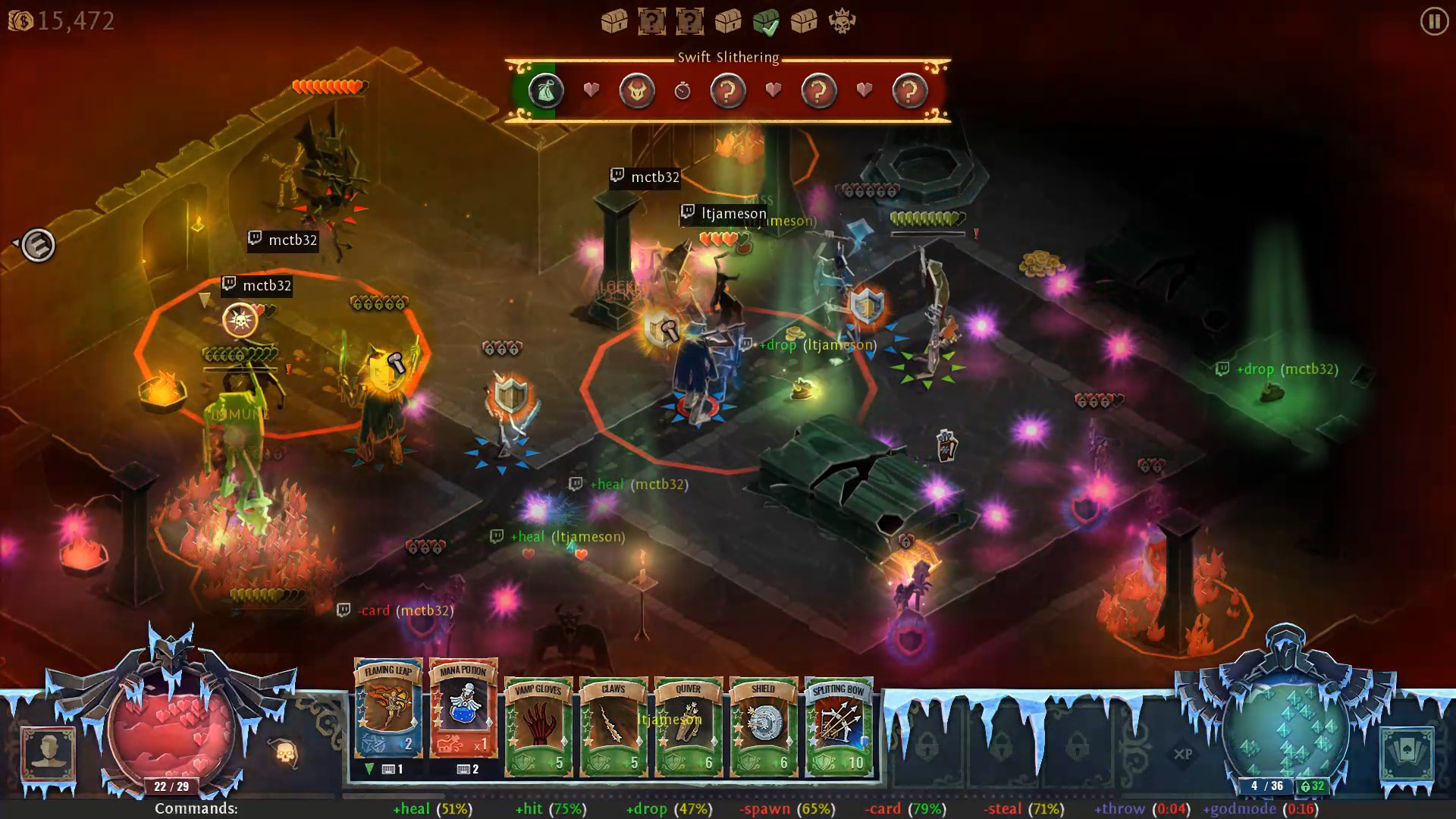 In this streaming mode, it’s the viewer, who decides what will happen next,
so go and engage your viewers in the stream even more!

BUT... WHAT IS BOOK OF DEMONS?

In a few words, Book of Demons is a Hack & slash game distilled to its purest form. Slay the armies of darkness in the dungeons below the Old Cathedral and save the terror-stricken Paperverse from the clutches of the Archdemon himself.

The game is available for both MAC and Windows.

Here are 21 facts about the game:

Try the free and lengthy demo of the game!

HOW DOES ALL THIS MAGIC WORK?

When you stream Book of Demons and use our free Dungeons & Streamers DLC, your viewers (or you - the viewer) will be able to take part in the game via chat commands on Twitch and handy buttons on Mixer using Sparks.

All actions are displayed in the game so both other viewers and the streamer will know who was that guy who just stole his gold!

We also had a few secret commands during testing, some of them crashing streamers PC but these got disabled in the final build. Or were they? No, they totally got disabled.

You can see the full list of commands and features on the DLC’s page:

WHERE CAN I PARTICIPATE IN SUCH STREAMS?

Ideally on your favorite streamer’s channel – ask them to play the game and spread the word!

We are on the last stretch before the launch, which is why we are releasing the streaming integration now. Getting more people to know about the game and Early Access exit is more important now than ever.

Testing of new cards is progressing nicely, we already fixed a ton of bugs. Some bugs in the old cards also came to light thanks to dedicated testers (cheers!).

As always,
Stream safe in the paper dungeons!