Prisonscape is still very much alive and actively developed. In this post we outline what has happened in the past years.

We are currently working very actively on Prisonscape. We decided to a complete rehaul on the combat, and the new UI looks like this: 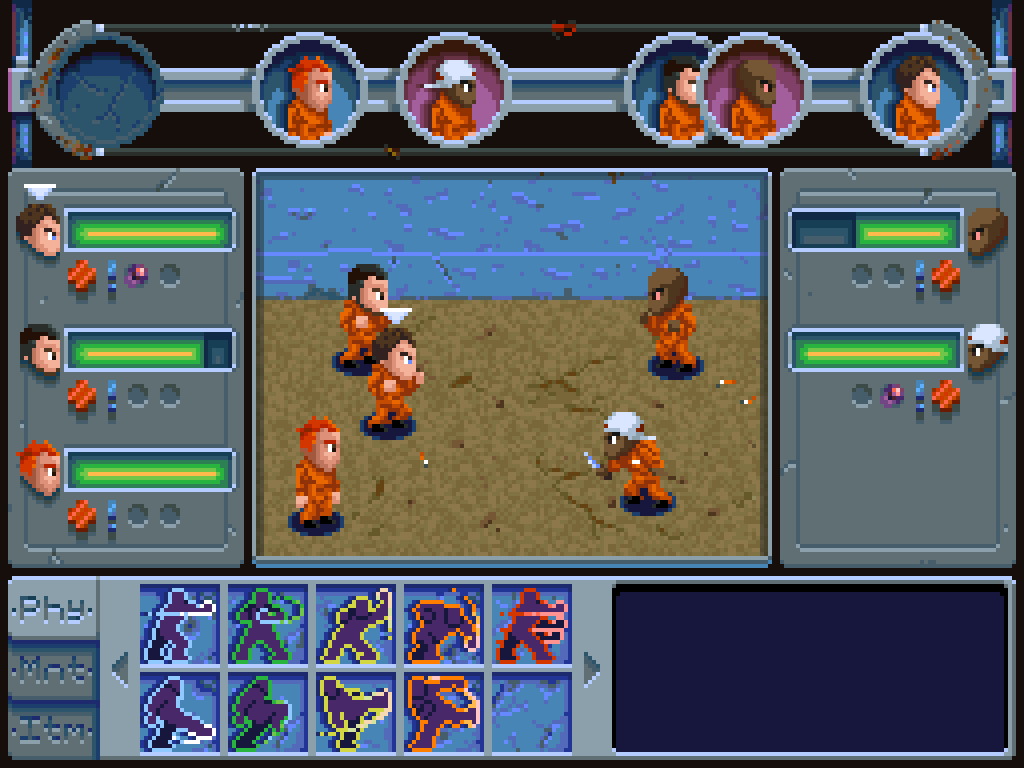 So, what has happened since our last update? In real life, a lot of family stuff has gotten in the way of game development. As expected, children will consume a lot of your free time. Our current plan is to finish the game by the end of the year, and by our rough estimates we are currently in a situation like this:

So, as you can see, we've made a lot of progress. Beta testing will begin probably during the summer, and we'll make some videos introducing the game features after we're happy with the new combat. The game and the story itself is already fully playable, even though not all game elements are in place.

Oh man, to be honest I had forgotten that this game existed but it's good to see you guys are still working on it!

Not sure what is required to get into the beta but I'd love to participate and even stream it if possible.

Glad I still check this site for updates, this was a nice surprise. I'd love to be able to help test this whenever beta testing begins.