We’re very busy here at the forge, working at full speed on Black Talons. We’re adding very cool features to the game that we want to share with you, but they’re not at the sweet spot yet

So we’re going to show you some art and a bit of background from two other minor factions: the “Revati Global Corporation” (RGC) and the “Eternal Life Cult” (ELC).

These two factions are rival, fighting on the planet Thora. Thora was once ruled by a democratically elected governor, but extreme levels of corruption and government inefficiency eventually led to the people’s disbelief in the system, thus opening the path for the rich and powerful Revati to rule the planet. The RGC now manage the planet as one of their many businesses, stripping the civilian population of most basic rights, while using their armored branch – the Tech Guard – to keep the population in check. This oppressive regime has led to the quick growth of the Eternal Life Cult in the planet, which is gaining new followers day after day, supported by off-world cultists and rebels who intend to take down the RGC.

The RGC is master of research, technology and cybernetics. It has its own established army, planetary fleet and defense force. Accused by many of employing brutal tactics and enforcing the implant of cybernetics on their population, the RGC is nonetheless one of the most powerful governments in the region.
The Tech Guard employs high-tech military implants, drone and sophisticated equipment.

The Eternal Life Cult is a religious sect that believes aliens to be humanity’s true gods.
When the first alien contact with the Gark was made public, the cult gained a considerable number of followers, who were convinced that the aliens had arrived to punish humanity for its sins. The cult is nowadays one of the most powerful organizations in the galaxy, with followers in almost every colonized world. The rapid and aggressive expansion of the cult is very worrying to many who see them as nothing more than religious fanatics. Reports say that the cult doesn’t tolerate any other religions or beliefs, and often resorts to violence to “convince” non-believers to join them.

Below you can see a Revati Tech Guard, an Eternal Life Cultist, and a battle between both factions: 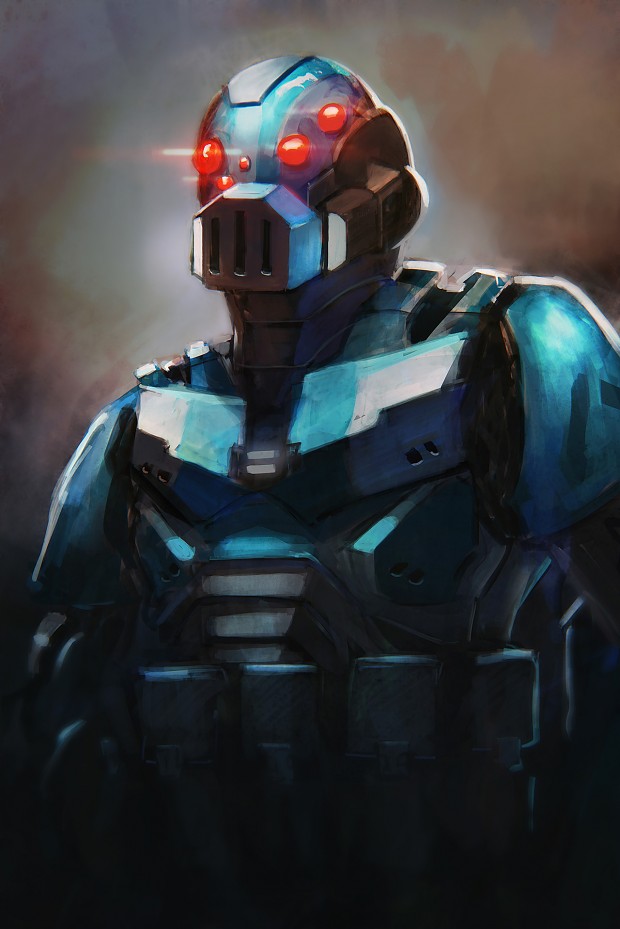 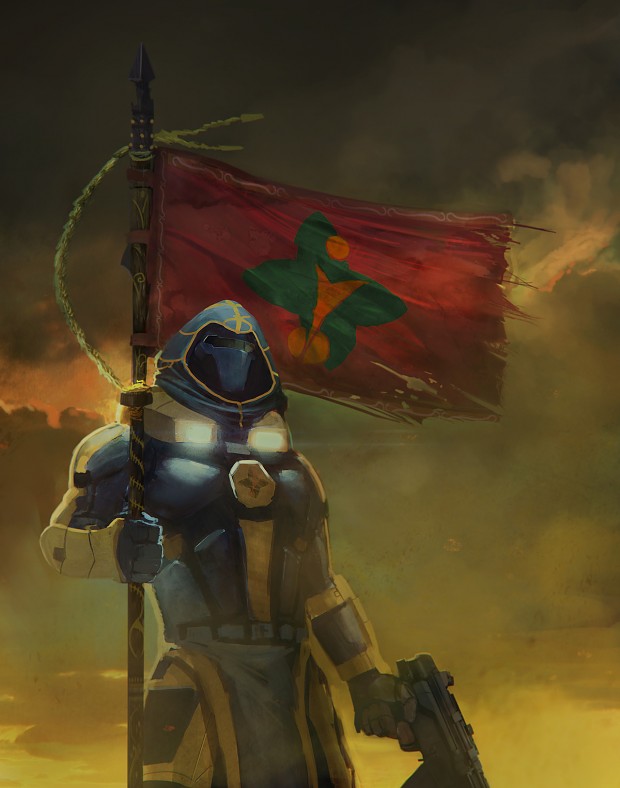 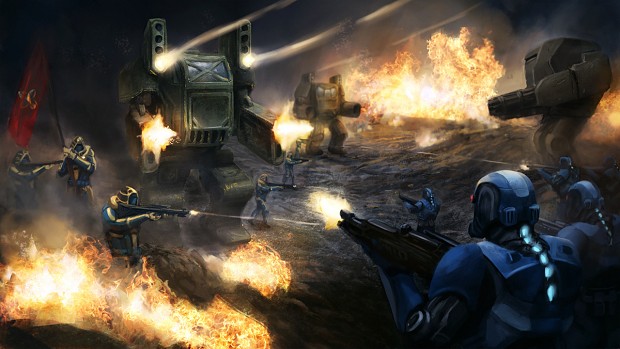 That's it for now, stay tuned for more news! ;)

Great artwork! I hope you expand the lore of all these factions inside the game