Every other Friday we release a new update for our Early Access game, YamaYama. Last Friday was one of those Fridays - and this time it was a big one. We added a new map that has dynamics that have not been introduced to the game yet.

On Friday, like every other Friday, we released a new update. This time we released a new map with mechanics that have potential to completely change the dynamics of existing game modes. It's because of that, that we're extremely excited to share with you these changes. Firstly the new map, King of the Mouth, and then which game modes you can play in that map and how they differ. 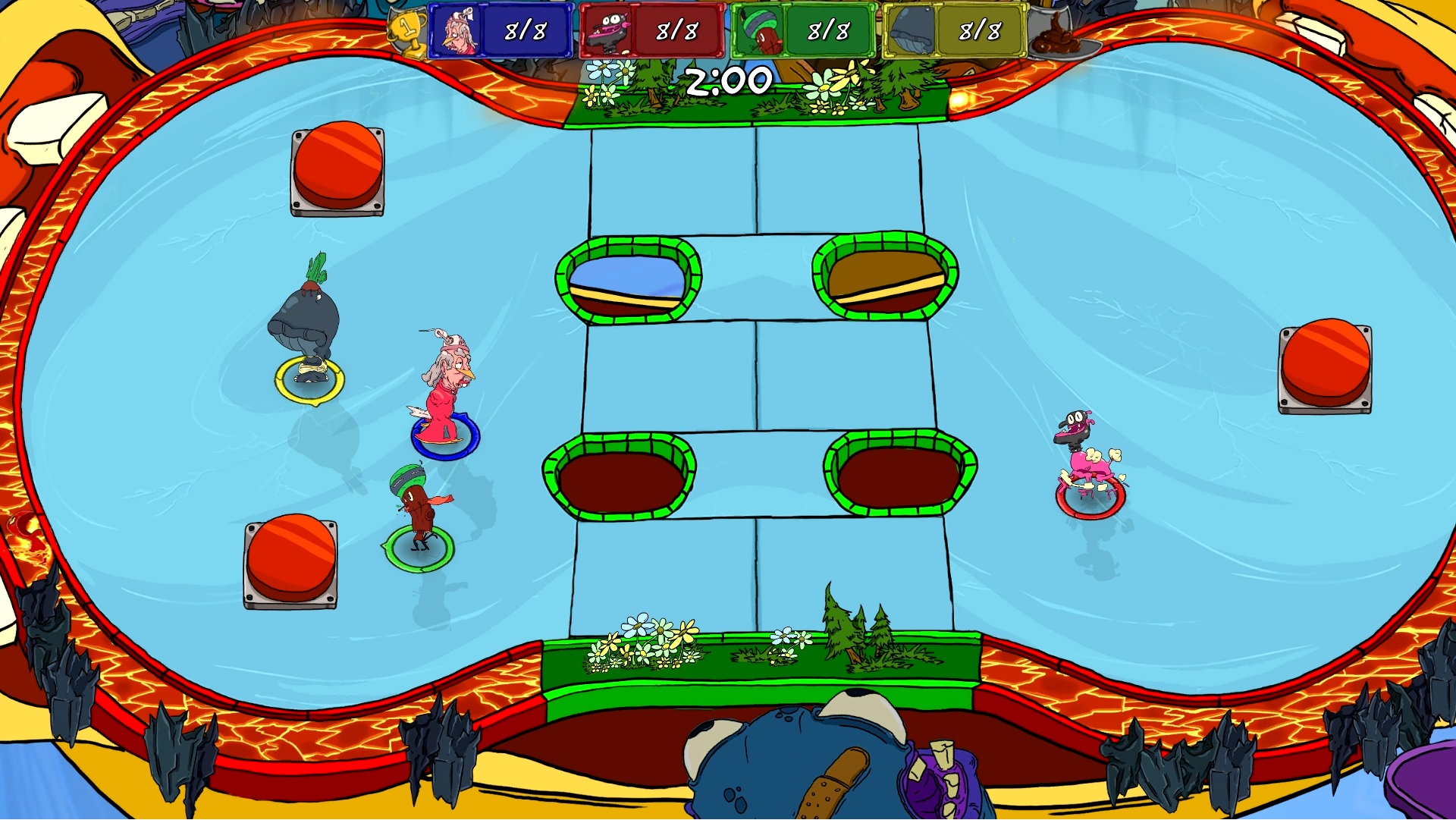 King of the Mouth is a level where you are on a ice-ring platform, being held up by a mouth. As it is a ice-ring it has the same slippery movement that the other ice-ring levels in YamaYama have. But perhaps the biggest change comes with the buttons that appear on either side. The big red buttons effect the bridges in the middle of the level, that connect the two sides. By pressing a button you either open the bridge up or set up rollers that slow the player significantly down. Also, as you push a button, it disappears and reappears on the other side of the map. 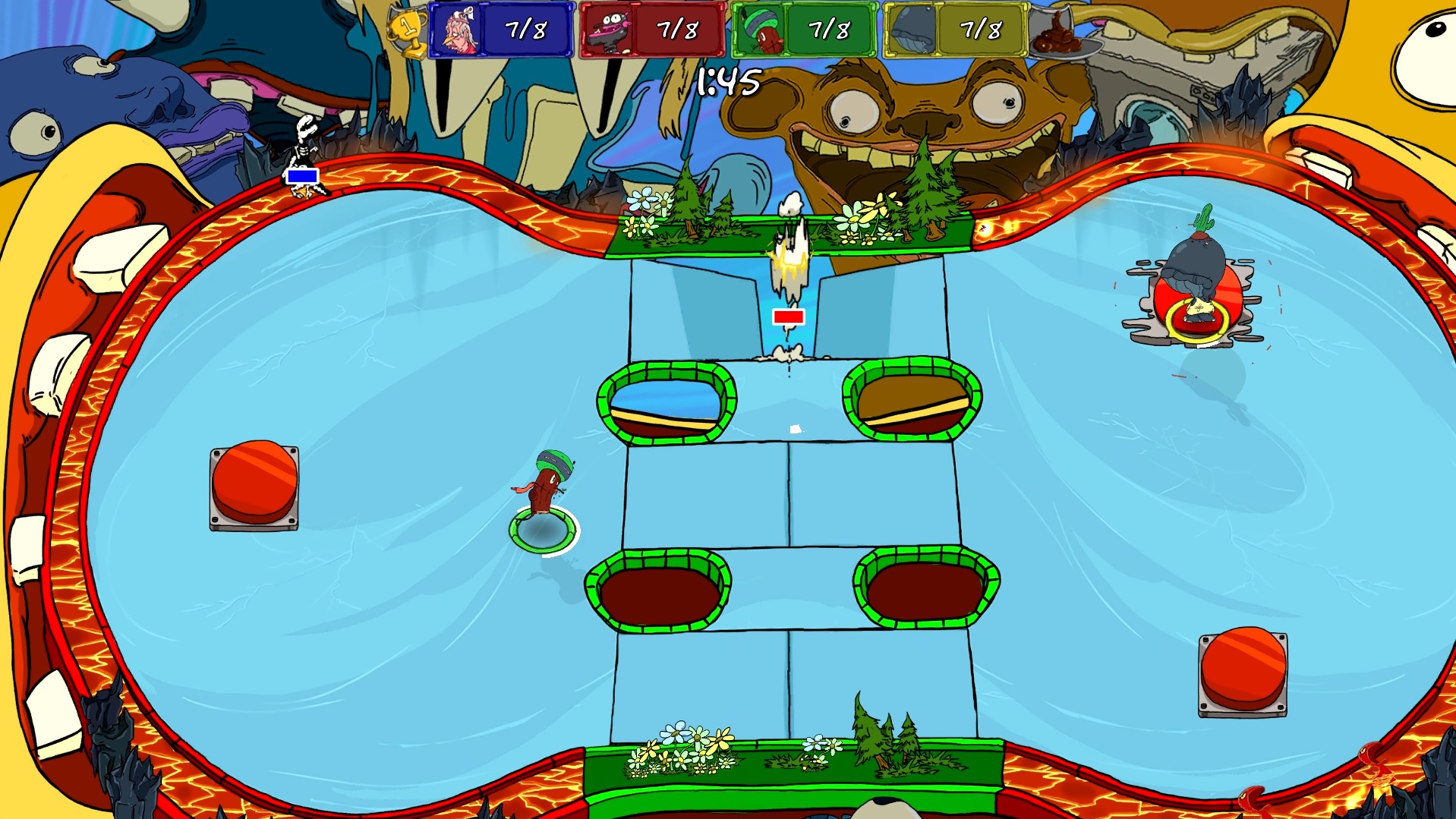 In the game modes Last Man Skating and Yes, it's a Breidnefur we have operating bridges at the middle of the level. There are three red buttons spread between the two sides and each one of them operate the bridge closest to it. In Last Man Skating, if a player falls down the bridge hatched he loses points, in the same way as if the dies by hitting the lava edges. In Yes, it's a Breidnefur - if a player catches the one carrying the Platypus on the bridge, he steals it off him. 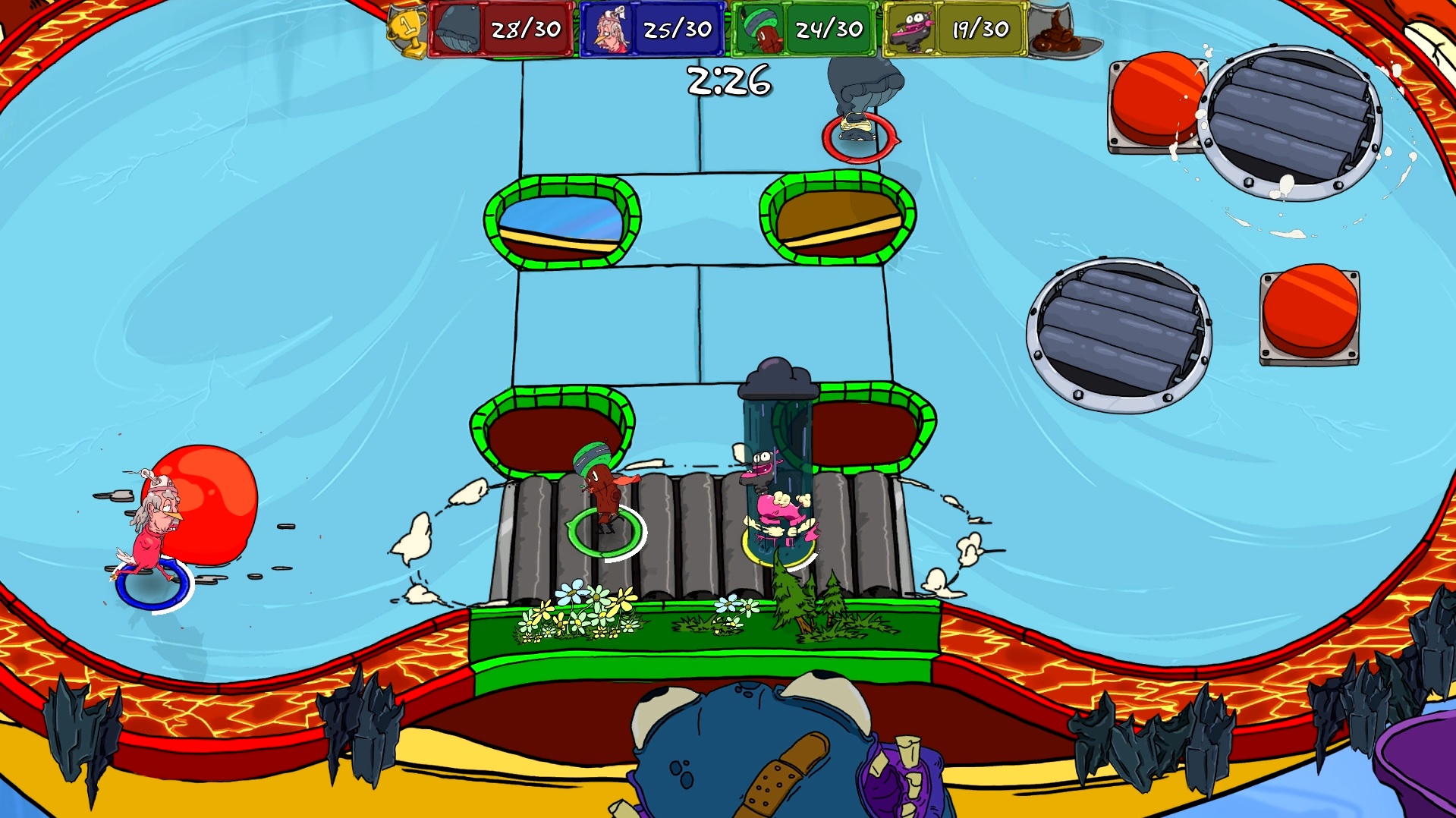 In It's a Sad Day the bridges are different. In the same way as in It's a Bad Day, there are rollers that slow players down, except for the one with the rain cloud. So by pressing the big red buttons, you activate rollers over the whole bridge for a few seconds. This can be a smart move to work against other players.

In the gif above, you can see how the yellow player positions him close to the buttons and waits for a chance to catch some of the players in the trap. This offers for all kinds of team play elements, ganging up on certain players and makes crossing the bridges a dangerous thing.

Here, in Yes, it's a Breidnefur - blue has the Platypus and collects points. He uses the buttons to keep the other players away, so they can't steal it off him. Notice at the end, though, the red player gets through and strikes. We designed the layout (lenght of the bridges, size of each side, etc.) so that the buttons wouldn't become OP and annoying. They affect the gameplay, but they don't decide everything.

In the update we also fixed the animations in Pretty in Pink, so they flamingo is more noticeable than before, added six new achievements and a bunch of minor fixes. Like always, we're hoping to hear what people think and encourage all feedback and ideas. That's the reason for our Early Access, so lets hear it!