Bianca was hungry and ate a whole bunch of little bugs that crawled through the game code and made the game experience worse. That is, this time the focus was on fixing bugs and general improvement! 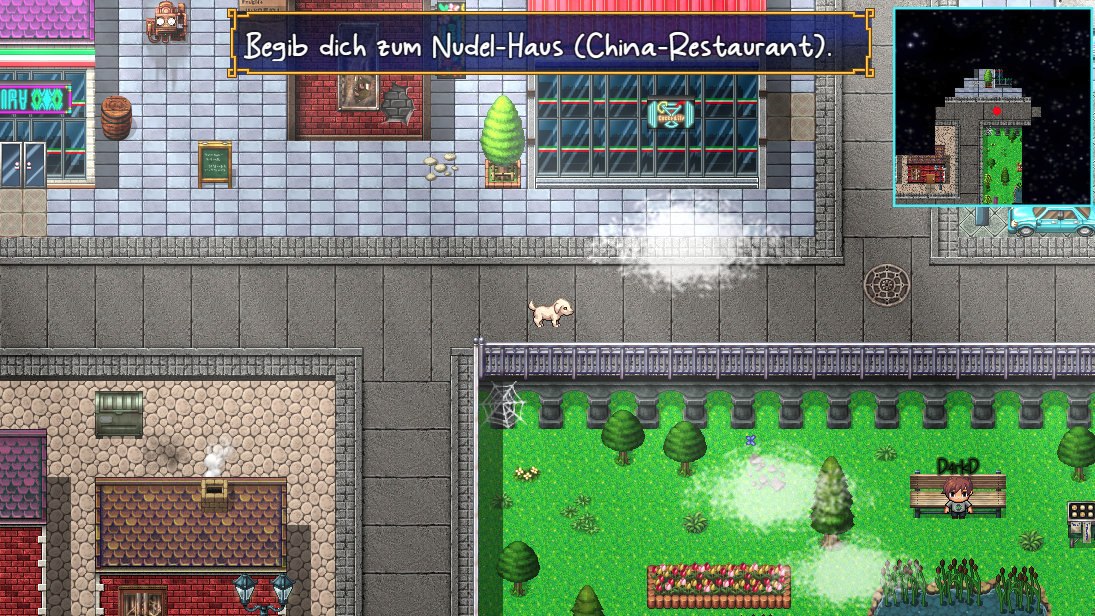 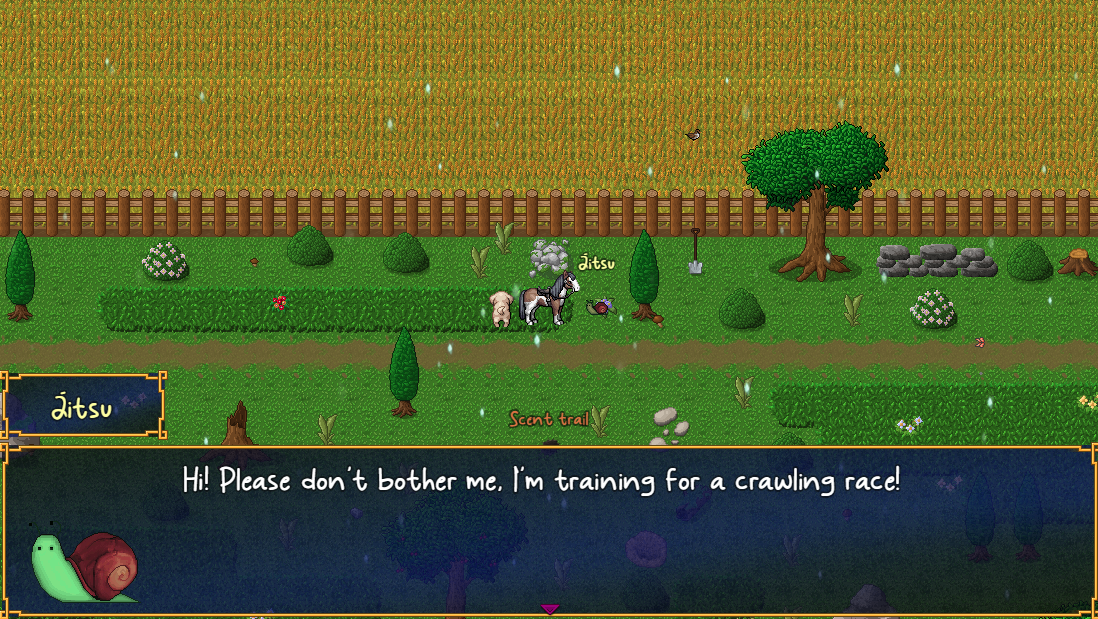 (Graphics) The new railing, which can now be seen in the city in part 1, was adopted to part 2.
(Graphics) Made Felix's "flashlight view" slightly larger so you can see more.
(Graphics) The graphics of Bianca and the other swifts replaced with the new graphics from part 1.
(Graphics) The eye of the sea cucumber now pops up in the same way as the one of the horse, when it's about to get it.
(Graphics) If you found the bag and examine the place where Rudi slips into the river, the bag is now lying on the riverbank.

(Gameplay) Changed one of the rewards of the bushes along the path to realize that it's not always berries.
(Gameplay) Added an additional conversation when the horse is called "Bärenbruder" and talks to the bear.

(Bug fix) The message backlog can no longer be accessed from the title screen.
(Bug fix) Removed the black pixel above Bianca in the title screen.
(Bug fix) In some cases, the rocks were not easy to pull because invisible restrictions were in the way.
These restrictions have now been moved or removed so that the rocks are easier to pull now.
(Bug fix) Fixed mapping error with reeds on the map "In the Fields".
(Bug fix) When following the flock with Bianca, you can no longer access the menu, which caused a crash.
(Bug fix) If you have already examined the cracks in the forest and then switch to Bianca, they are no longer displayed.
(Bug fix) Fixed several small text and translation errors.