A new enemy was added to the End of Times game mode, along with some improvements to the gibs system and readability in the Hell arenas.

Happy Halloween! Before we dive into the latest development update, I want to point out that Demons with Shotguns is currently 66% off during the Steam Halloween sale! This is a perfect time to grab the game for your upcoming holidays get together. Act fast as this sale ends November 2nd.

Last post we talked about the End of Times game mode, an enemy horde mode were 1 - 2 players must fend off waves of the Nephilim army. We showcased many of the different enemy types, and since then have pushed out yet another enemy type, so appropriately called Glut

Glut a swelling demon of explosive gas, waddling about in search of the player. As soon as he spots them, he'll charge after them and swell up before releasing a noxious and deadly explosion!

A before shot, with all layers being near equal in brightness. 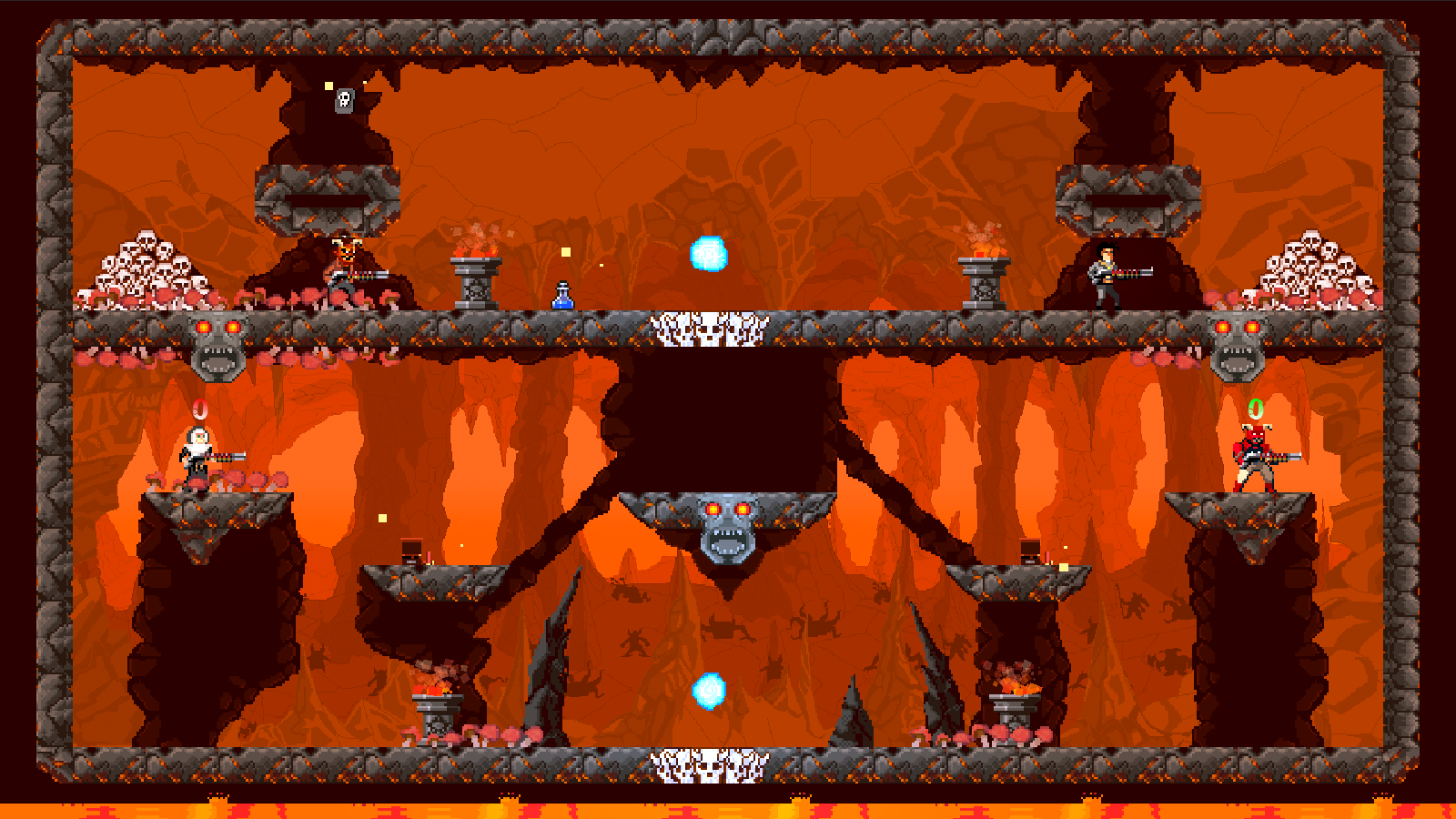 With many of the characters and objects sharing the same colors as the background layers, they were easily lost while playing an intense match. In future games, to help increase readability even more, we'll ensure important objects and characters use colors that aren't used in the background (and vice versa). This is a trick that Blizzard famously uses.

Here's an after shot, showing the darker background layers. 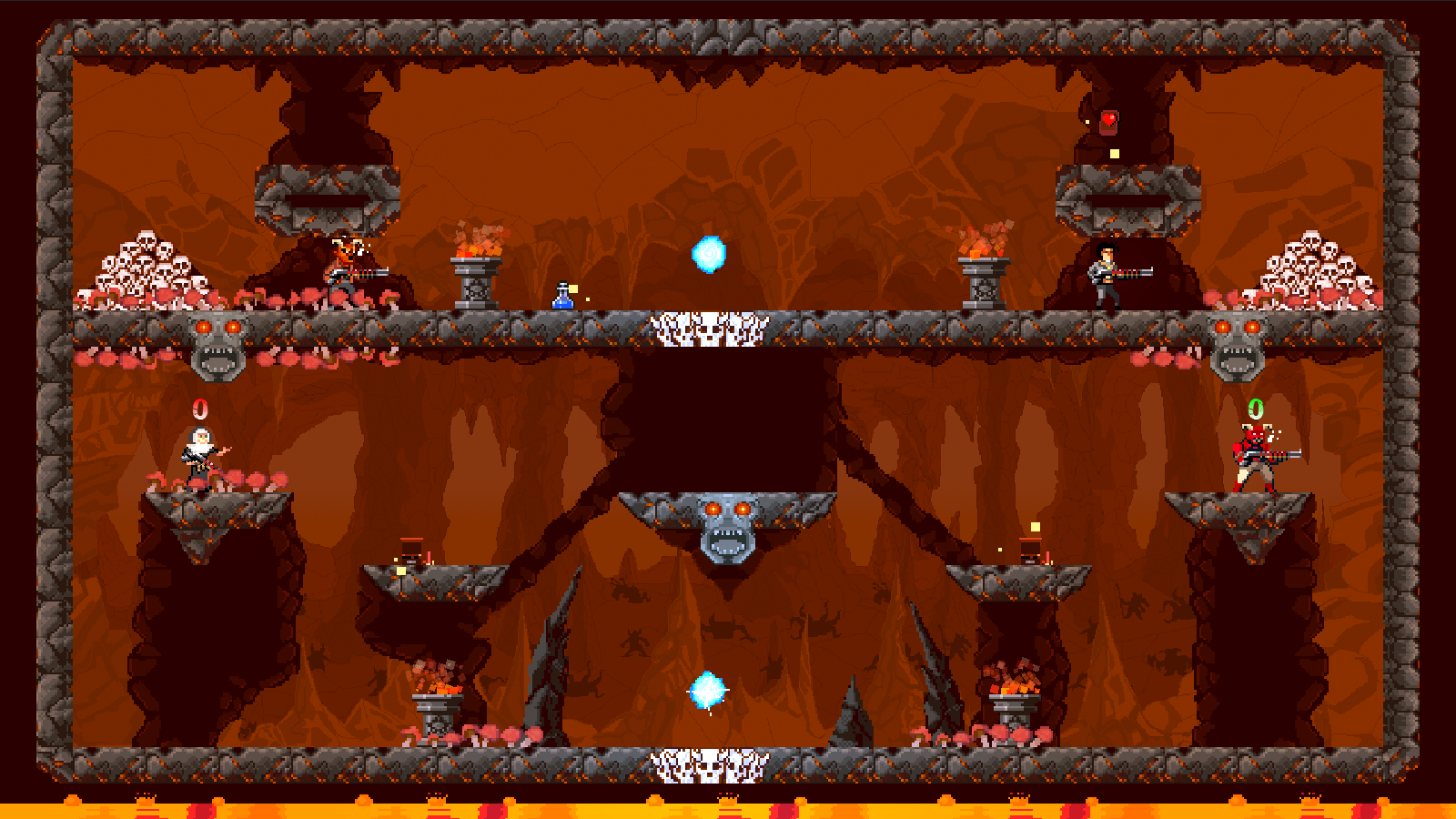 As you can see, the foreground pops very nicely and is easier to read.

Another small, but important change, was finally fixing a bug with how players gibs have forced applied to them upon a explosion. Player gibs are simply game objects with a rigidbody (which means they react to the game's physics system) that are child to the parent player game object. When a player dies from an explosion, a system handles activating the gibs and applying force to them so they appear to explode in a gory and bloody fashion.

The problem was that since the gibs were children to the main player game object, they would move relative to the parent, which caused undesirable effects and the gibs would move in the space as the player object would, instead of moving independently, which is what you would expect. You can notice this in the first gif of the exploding Glut. Notice how all of the player gibs move hard left instead of upwards.

It's a subtle bug that many probably didn't notice (I actually didn't notice it for a long time until I did a different gib system for the enemy game objects). Now fixed, player and enemy gibs behave the same and feel more natural in their movement.