Demonstrating a player controlled battle in Frontier and going over some of the design principles for exploration.

Battles
After a long day spent slaving over a hot Visual Studio, we have finally made the Combat in Voidnex: Frontier playable.

Initially it suited us to have AI combat first , as for testing purposes we could simply turn up all the turn variables and see a full length fight in about 30 seconds. As well as test 100 vs 100 vs 100 vs 100 combat(oh yes, the system is capable of supporting insanely large battles with several different teams, unfortunately the current UI isn't so flexible :P)

Exploration
The player experiences Voidnex: Frontier as they travel between systems in search of profit and plunder. This interaction is driven through an overview style 'galaxy map' that highlights the systems available to travel to and the routes between them.

Progression is driven by both a 'sandbox' approach to exploration and a guiding from primary quest lines that provide more structure to a player’s experience. From the start, a player could seek out the most dangerous enemies in the galaxies outer reaches, however, their journey would be short lived. 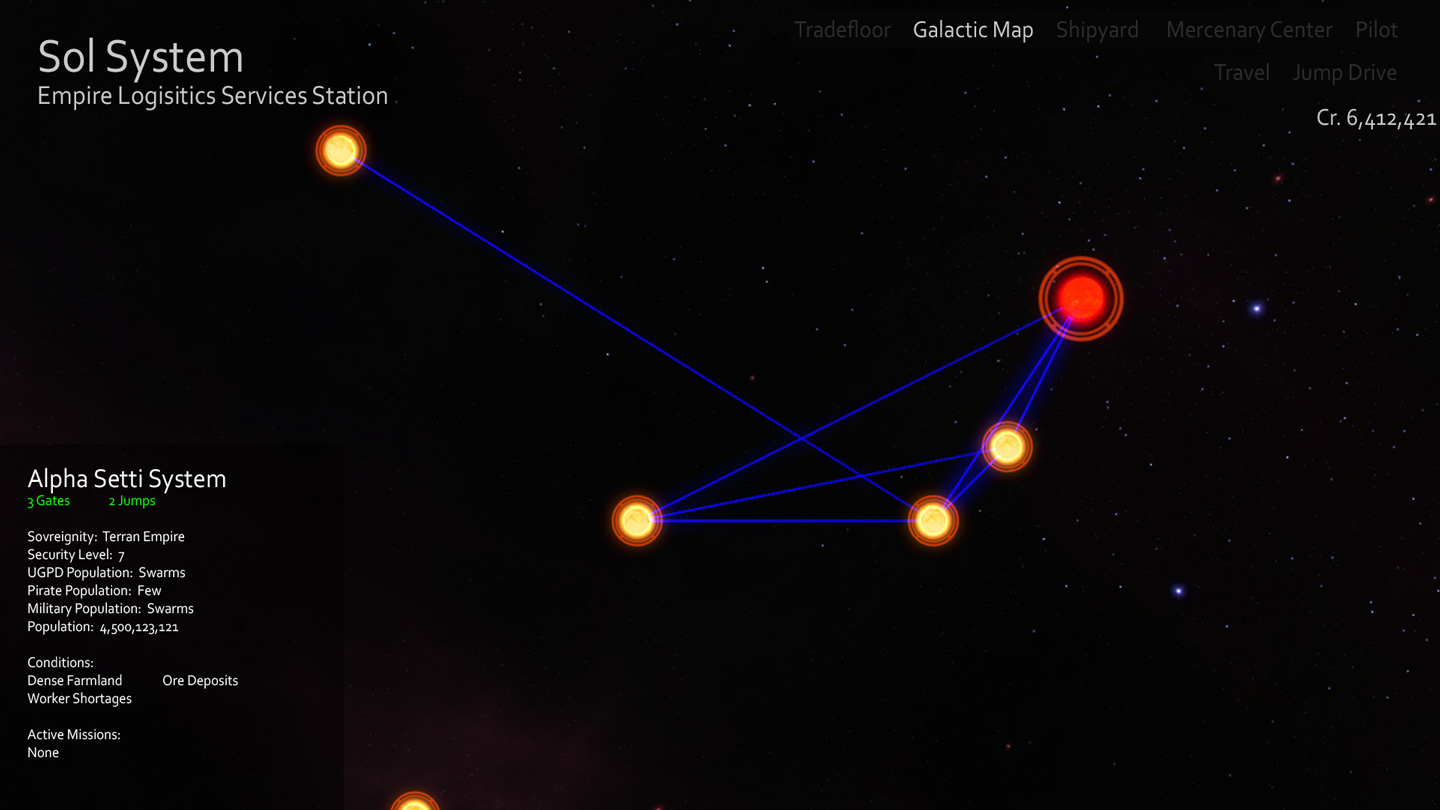 Exploration in Frontier tries to make the player tackle key questions each time they make a jump to a new system. Is it worth the risk for a shorter route, or should I play it safe and take the long way around? Am I ready to enter this area, am I strong enough? What if the police catch me smuggling, could I survive the confrontation?

okay, now I want to play the game!!

Would it be possible to have some 'Passive' Weapons? as it seams a bit lacking only being able to fire one weapon at a time... Would add allot more action having the odd Autocannon shot or something akin firing off every now and again from differnt parts of your ship, doing minimal damage to the Oppoents, but would add allot in my perspective to the Ships of Larger classes

Yeah like something similar to the auto-fire function in FTL, that would be nice.