Listen to an original piece of game music composed by John J. Harvey!

This week we’d like to share with everyone one of our original pieces of music for EDGAR. It is the same piece featured in our gameplay trailer, but now you can listen to it without the death rattles of tiny bats sprinkled over it. Our composer, John J. Harvey, has done an excellent job of creating music that is not only dark, brooding, and Gothic, but has undertones of charm and energy. It’s like shoving a piece of caramel chocolate in your ears, though not nearly as messy. He has composed quite a bit more for the game already, but we’re keeping those a little closer to the chest for the time being. For now, enjoy the track below.


While you’re here, we might as well show you our updated inventory screen. Last week we showed off the concept which had the inventory contained within a journal that Poe carries around. We fleshed out the idea, and here you can see what it will look like when filled with loot. The photo on the right page will update to show Poe’s appearance with whatever gear he currently has equipped. 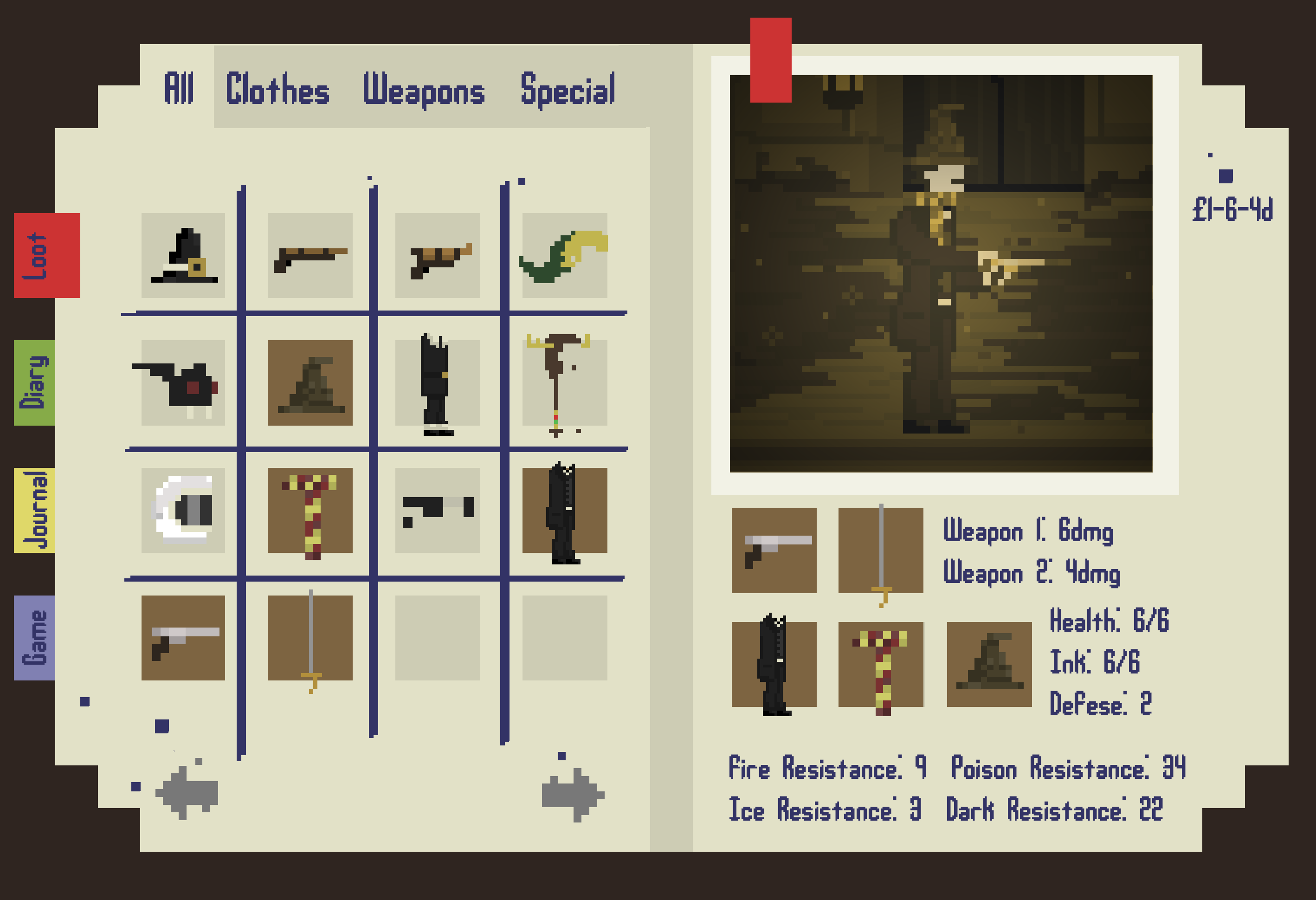 That’s about all for now, though I will say that we are working on something quite fantastic at the moment. We’re all very excited about it and we know that you will be as well! You’ll just have to pick up a good book to pass the time until then. May we recommend ”20,000 Leagues Under the Seas”?

I've always wanted to see a film of From The Earth To The Moon with great attention paid to the latest in men's facial hair fashion.

I'm not sure if you've seen this post on our devblog (http://edgarthegame.wordpress.com/2012/11/27/special-player-2-reveal-post/) but I think you'll find your wishes admirably answered in our game.

Nice!! keep it up! the items look cool :D