While every character can wear armor, not all armor is available to all classes. You're about as likely to see a wizard in scale as you are to see a soldier in a shiny robe.

Armor is a a type of basic gear, meaning that every character has one armor gear slot. Each character only gets one armor slot, and can fill it with any armor that matches their Arms Rating or below. Each sub-type of armor in order provides more protection but requires a higher Arms ability to wear. Robes are the least protective but can be worn by everyone, and Scale is the highest protection but too heavy and cumbersome for almost anyone but Commander characters. Armor only protects characters from physical damage, magical protection will need to be acquired through spells and various bonuses throughout the game.

Robes are the easiest armor to wear, providing the lowest level of protection. Most Robes have an arms rating of E or E+, with the top two ranks of robe rated at D. Mages and Clergy will find themselves more comfortable in a traditional robe than trying to cast and tend the poor in bulky armor. To craft Robes, an armor-crafting building will need Linen, reinforced by patches of Leather. More affectation than armor, each Robe increases it's wearer's Mettle and Reason attributes. 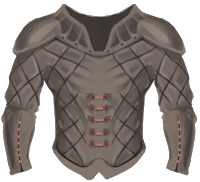 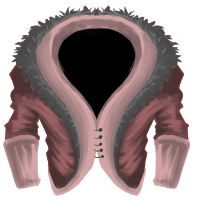 Fur Armor is slightly more protective per-rank than plain Leather Armor, the fur adding an extra level of protection against both fur and physical damage. Crafting Fur armor, unsurprisingly, requires Furs and Leather together in an armor crafting building. These pieces of armor are rated from D through B, leaving the lowest ranked Wool Shirt and Coat available to any chilly Clergy characters. Walking around in the slightly barbarian-looking Fur armor will raise your effective Toughness attribute, but lower your character's Charm. 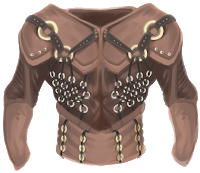 Ringmail armor also ranges from Arms ratings D through B and provides the exact same amount of protection per-rank of item. Each piece of Ringmail armor requires Iron Ingots and Leather to craft and looks pretty darn snazzy. This recent form of turning away arrows and daggers is relatively appealing way to stay alive. Where Ringmail really beats Fur Armor is the Attribute bonus. Each rank of Ringmail increases your natural Toughness more than it's same-rank item of Fur Armor. Unlike Fur armor, Ringmail reduces your Acumen instead of your Charm. 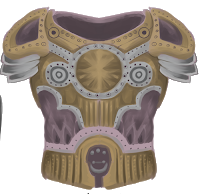 Studded leather armor is more refined than the ringmail, creating metal resistance in your armor that is less likely to break off in bits and leave scattered metal rings over your battle fields. Each rank of studded leather armor increases a character's Toughness but all that metal is heavy, taxing your Celerity. Crafting Studded Leather armor naturally requires Iron Ingots and Leather. In order to wear any of this quite protective armor, your character mus have an Arms Rating of C or higher. The highest ranked pieces of Studded armor are rated for nothing lower than A. 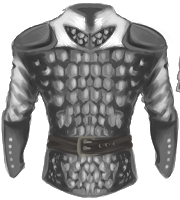 Scale Armor requires not iron but Steel Ingots bound by Leather in order to craft the most protective type of Armor. Scale has an Arms Rating requirement of B to A, meaning only the most combat-capable can support wearing these pieces of equipment. To put things in perspective, a ranked 4 piece of Scale armor is more protective than a ranked 7 Robe or a ranked 4 piece of Ringmail.or Fur armor. Each piece of Scale armor increases your character's toughness but lowers their Celerity with it's weight.