One hundred and one years ago today, the armistice was signed that would end the First World War. During the war there were 15-19 million deaths, but also more than 20 million people were wounded, whether physically or mentally. The war would continue to affect them for the rest of their lives, though the fighting was ended. In Verdun we have a two minute silence to commemorate the end of WW1, and a short article on shell shock - what would later be recognized as PTSD. 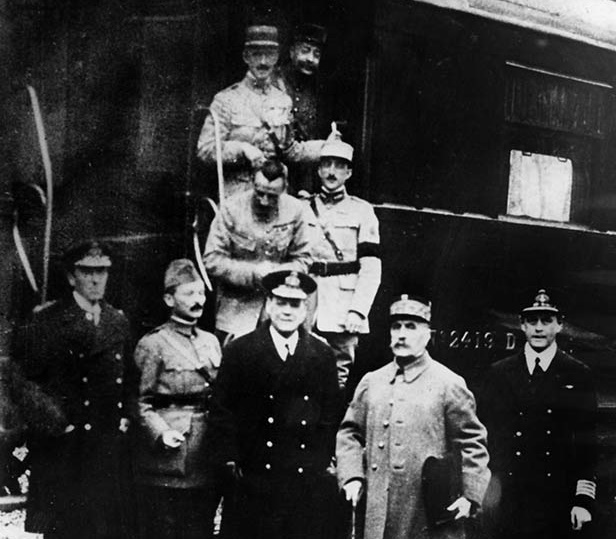 After agreeing the terms of the armistice at the Forest of Compiègne.

One hundred and one years ago today, the Armistice was signed between the allied powers and Germany. Earlier armistices had already been signed with German allies, and the Armistice of November 11th, 1918 finally ended fighting for good. It would be extended three times before the Treaty of Versailles officially ended the war.

In Verdun (and our Eastern Front WW1 game Tannenberg) there is an optional two minute silence to commemorate this important day in history. Those who observe it will earn a medal in-game. For those of you on Facebook, we have created an overlay which you can apply to your profile picture. Just follow this link.

The lasting costs of war

Today we celebrate the end of World War One which lasted more than four years. But we also commemorate the 15-19 million who died, and the over 20 million wounded that survived the war - although with a cost. Wounds could be physical or mental; shell shock being perhaps the most well known mental effect of the war.

Shell shock encompassed a wide range of mental reactions to the horror of combat, which were poorly understood at the time. What soldiers in WW1 were experiencing would likely be classified as either combat stress reaction (for temporary effects), or if it was a longer term effect, posttraumatic stress disorder (PTSD). 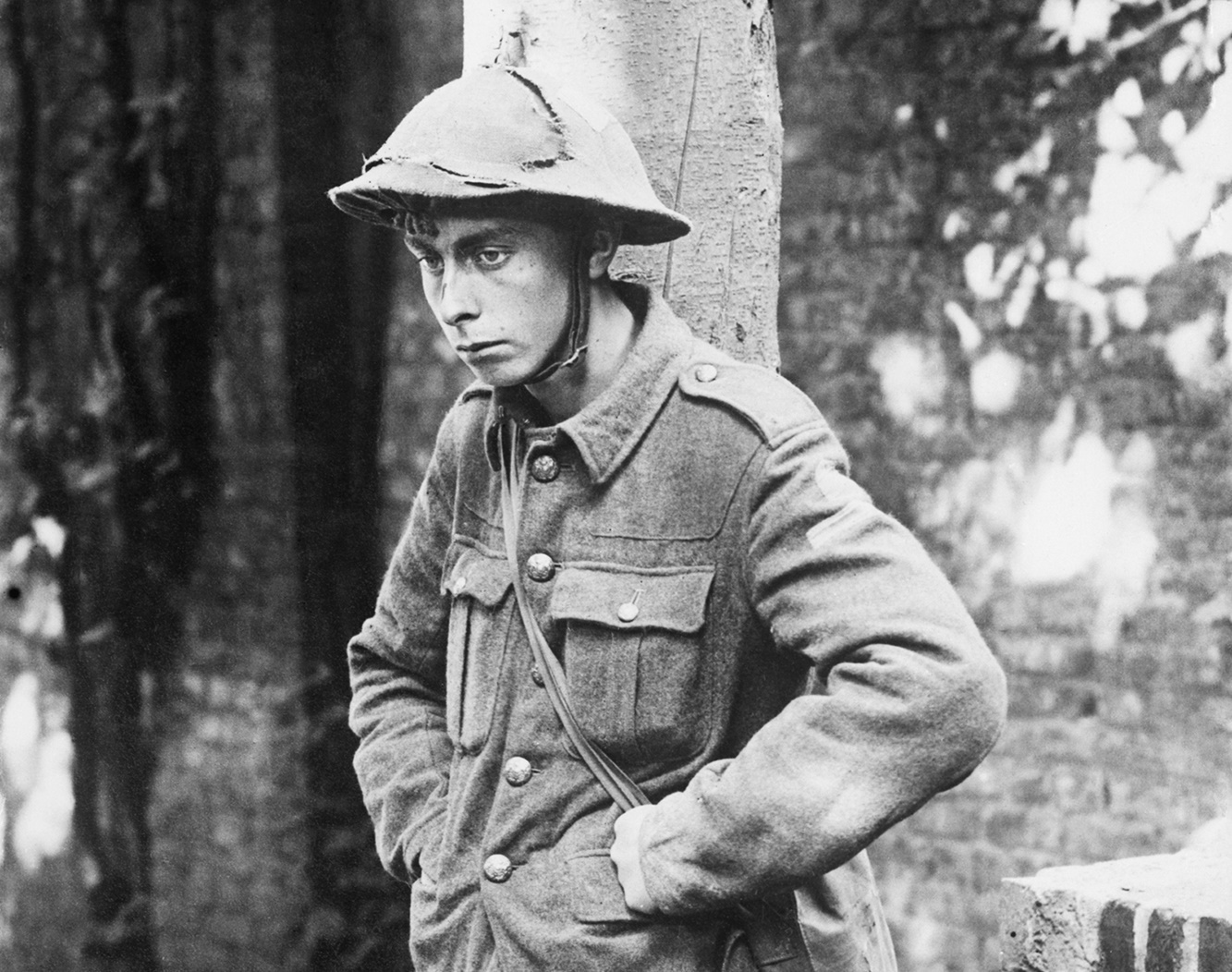 A soldier captured by the Germans in 1918, who was diagnosed with shell shock.

The term shell shock was coined because early analysis suggested that mental disorders might be caused by shockwaves from shells. Of course, this was not the case - physically uninjured soldiers could still suffer posttraumatic stress disorder. War correspondent Philip Gibbs wrote of soldiers suffering from ‘shell shock’:

eventbbcodeparser_BlockQuote_2cY7b wrote: Something was wrong. They put on civilian clothes again and looked to their mothers and wives very much like the young men who had gone to business in the peaceful days before August 1914. But they had not come back the same men. Something had altered in them. They were subject to sudden moods, and queer tempers, fits of profound depression alternating with a restless desire for pleasure. Many were easily moved to passion where they lost control of themselves, many were bitter in their speech, violent in opinion, frightening.

The breakdowns which could be caused by experience of war were often conflated with cowardice or a 'lack of bravery'. During the First World War, this was encouraged by some leaders due to an increasing shortage of manpower and also the unforeseen costs of disability payments to all those suffering mental injuries. After all, if a man was 'only suffering from a momentary loss of heart' he could be sent back into battle. A dismissive attitude towards shell shock could also be caused by simple ignorance. Royal Fusilier William Holbrook said:

eventbbcodeparser_BlockQuote_2cY7b wrote: I was reading some time ago where some general said, ‘There’s no such thing as shell shock.’ He ought to have, he should have been there. I mean it’s ridiculous to say things like that. You get a man, even if he was a strong man, you get a terrific burst from a shell within say three or four yards of you, you know. It does, it does upset them. Shell shock, oh my god yes. 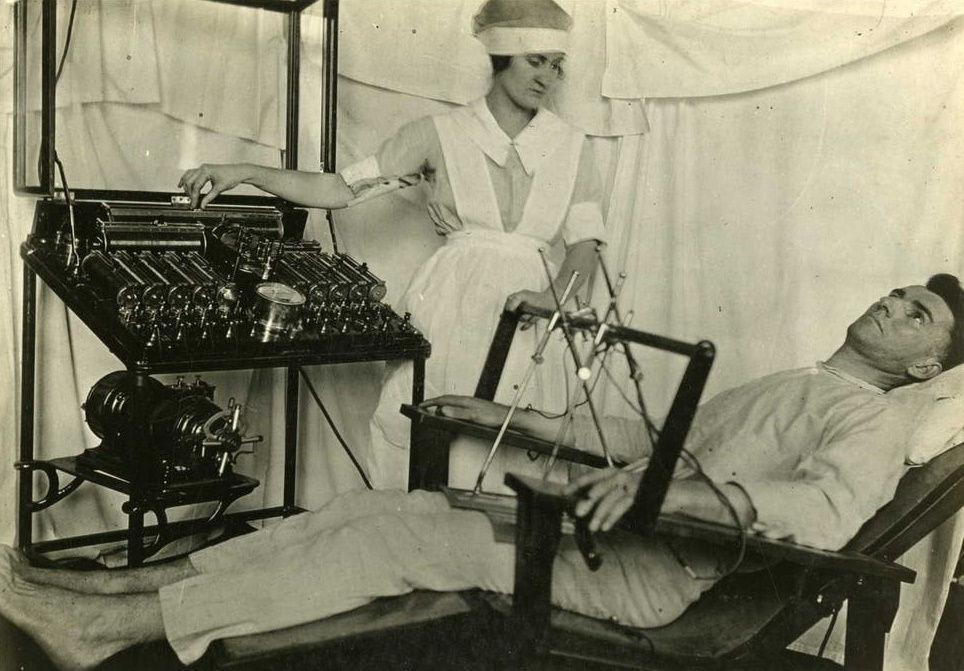 Some doctors advocated the use of cruel 'treatments' like electric shocks to attempt to bring shell shock victims back to fighting condition.

The Cambridge History of the First World War estimates that 20% of soldiers may have
been affected by shell shock - but these numbers are uncertain, in part because the doctors at the frontlines may have avoided labelling injured men with psychological conditions that would not be considered worthy of a disability pension. One man who did receive a pension was Thomas Olive:

eventbbcodeparser_BlockQuote_2cY7b wrote: I used to have little breakdowns now and then and my wife used to be very frightened. It more or less used to happen at night, when I was in bed. I used to spring up off the bed, you know; it used to frighten her. My daughter, incidentally, is terribly nervous, she’s terribly nervous. My wife says it’s all my fault. Well I had shell shock, you see. I got blown up, you see, and it affected my whole system. I got a pension for about oh, what was it, about 9 shillings a week.

It’s worth noting that the 9 shillings a week was roughly equivalent to about 26 pounds / 30 euros / 33 dollars today. As mentioned before, many of those who suffered mental disorders as a result of their wartime experiences wouldn’t even get that.

When you pause to remember the Armistice today and think back of all those who fell during the war, also remember those who survived but were still scarred by their experiences, whether physically or mentally.