We decided to shift the whole project towards another direction. OpenRA is all about retro gaming and we tend to forget that from time to time.

We dropped support for all currently supported platforms: Windows, Linux, Mac OS X in favor of MS-DOS 6.22. Everyone having exotic operating systems or 64-bit processors is encouraged to use an emulator or just downgrade their hardware. You don't need OpenGL capable drivers anymore. It turned out that DirectX 2.0 is sufficient for all our needs. You can find the right DLLs somewhere on the internet. Network play now takes place via null-modem cables and can host games up to 2 players. COM 4 at a BAUD Rate of 115200 is recommended. Instead of using C# we converted the whole source code to BASIC. All .NET LINQ constructs have been replaced with GOTO and line numbers for better readability. Also please make sure your screen is capable of displaying 320x200 pixels and 256 colors. 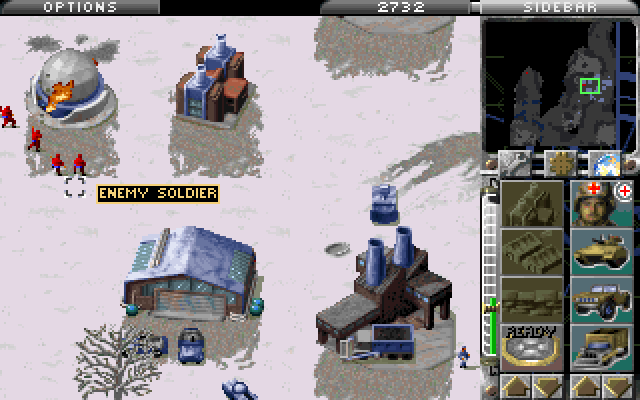 Hope you did not fell for it. We wish everyone a happy 1st april. Thanks to Red Alert Archive for their extensive list of legacy bugs we promise will never get implemented. :)

Happy April to you, too! :3
cheating ai would be nice to have harder enemies, though <.<
keep on rocking!

would be cool to see those sexy bits in the screenshot though :)

My jaw was dropping than I looked at the date.

I really wish you guys /would/ do Rules.ini/etc, so much easier.

Yes, that is the trade-off for nesting. Maybe Github.com can help to make this user-friendlier.

haha for a sec i fell for it :P until the bit about 2 player lan battles :S still im annoyed because since i got a 64bit computer this game wont work :(

yeah aprils fools! you got me there for a sec

I came to ModDB prepared, I'm not being fooled today. xD