Get some details on this fierce enemy who you will see much of during your travels in the world of APEXICON!

May I introduce... The Literati Eraser. 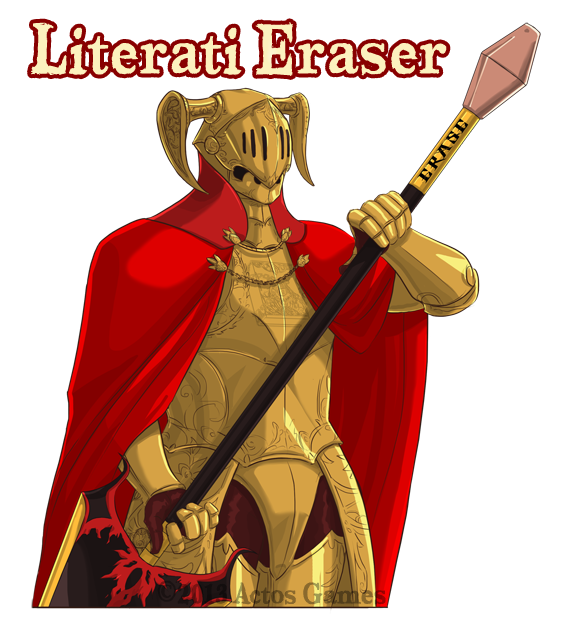 Utilizing the standard weapon of the Erasers, these stormtrooper enemies of the Literati will hound you at any turn with the Lanser. A combination weapon, with a magic eraser at one end (powered by the "erase" magic word) and a slashing lance head at the other end. They have evolved a style that allows them to flip the weapon end over end, erasing words of power you currently use and allowing them to cut through your armor as easily as paper afterwards.

In APEXICON, the Eraser during combat will try to rip off any special abilities you have protecting you, and lower your defenses in general before attacking. Use this to your advantage and attack before being attacked!

Or is that their plan all along...?

More news on APEXICON as it is being developed!