Hello and welcome to another IndieDB Antraxx devlog update! We've been working hard and various things and would like to tell you all about it. Read on! 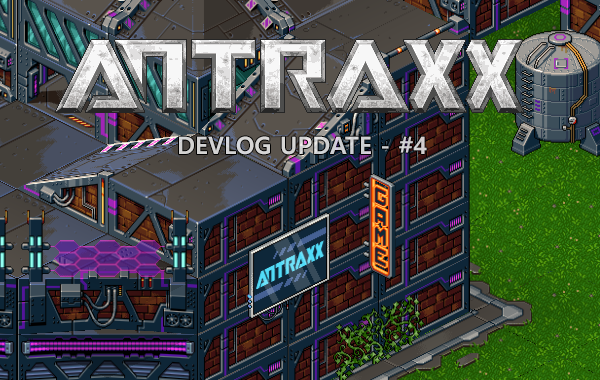 Hello and welcome to another IndieDB Antraxx devlog update!
We've been working hard and various things and would like to tell you all about it. Read on!

There are still a few days left to register for a free BETA key that'll give you early access.
At the end of April you can only register for a notification of the release but you will no longer receive a free beta key!

You can register for a free beta key here

If you want to support us, you can re-tweet some of our tweets. Thank you so much in advance! 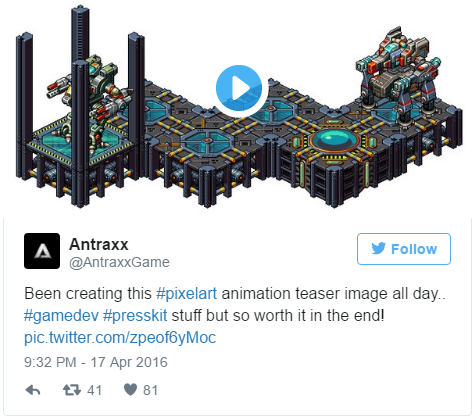 It is finally done and we are extremely happy with the results! 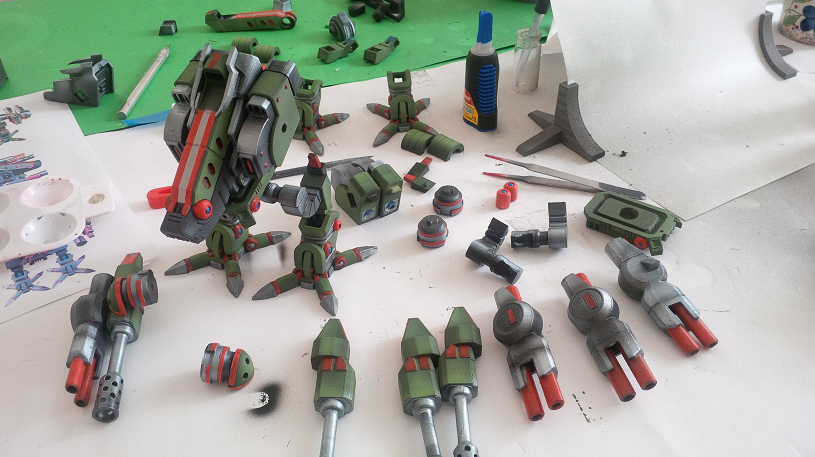 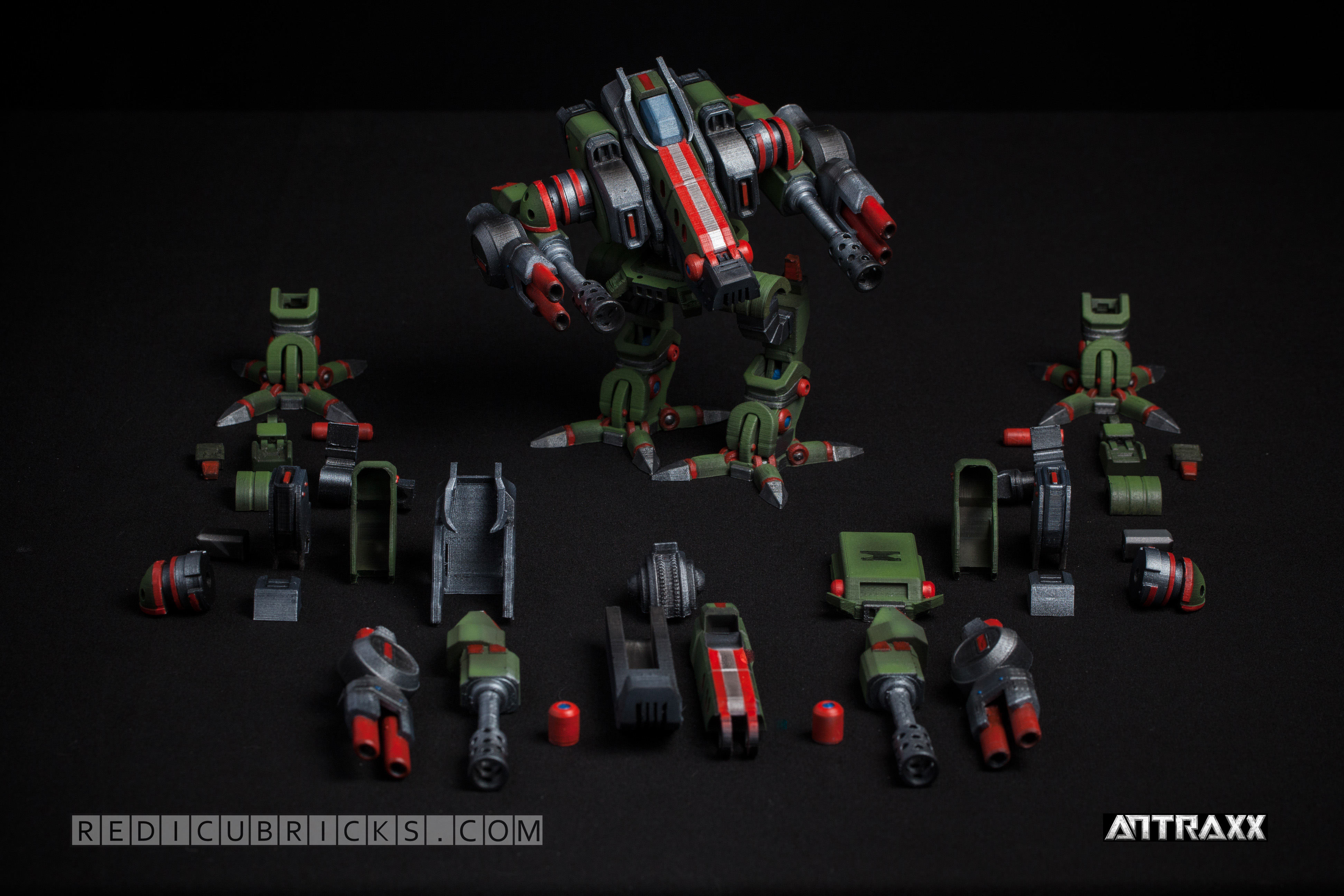 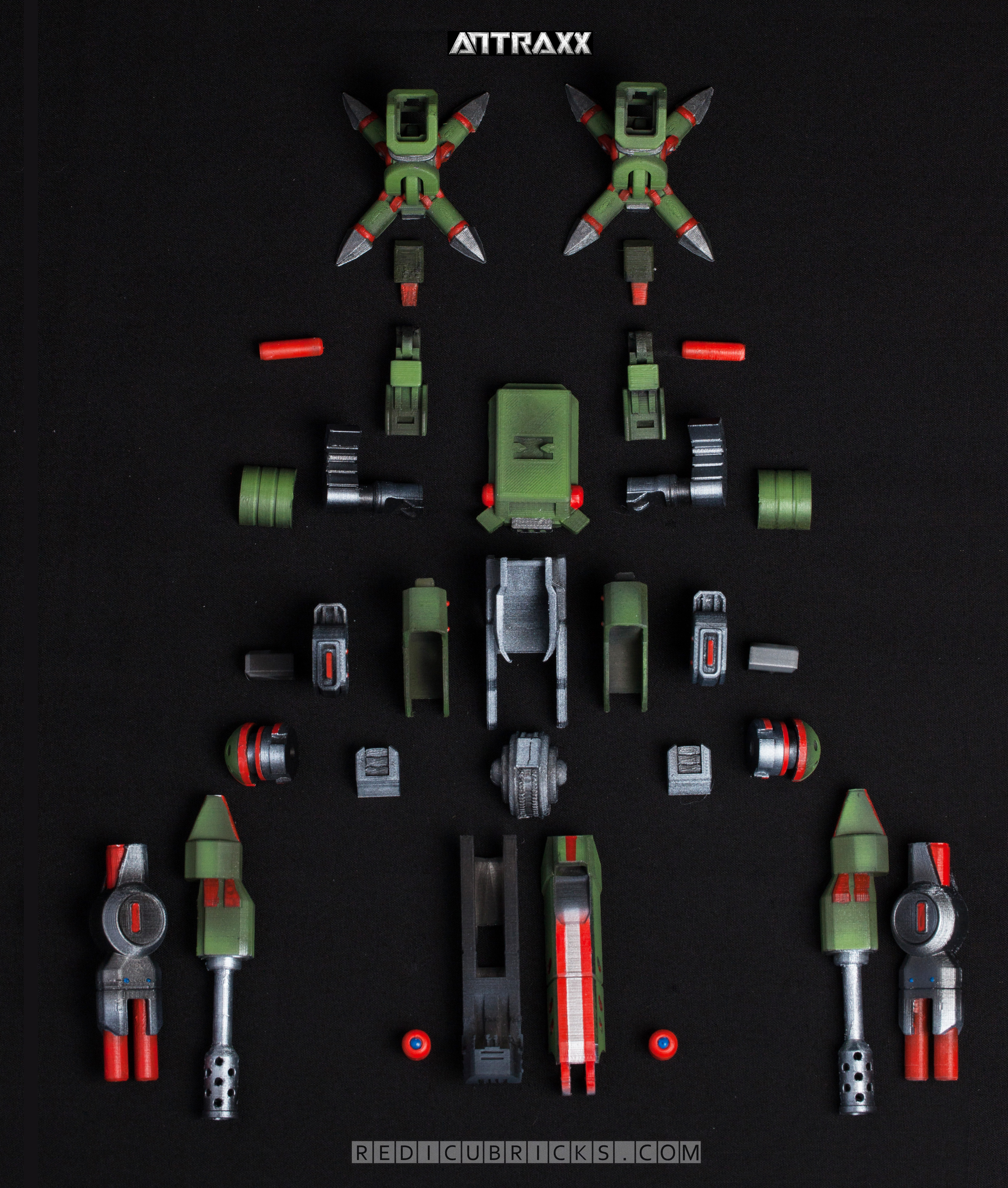 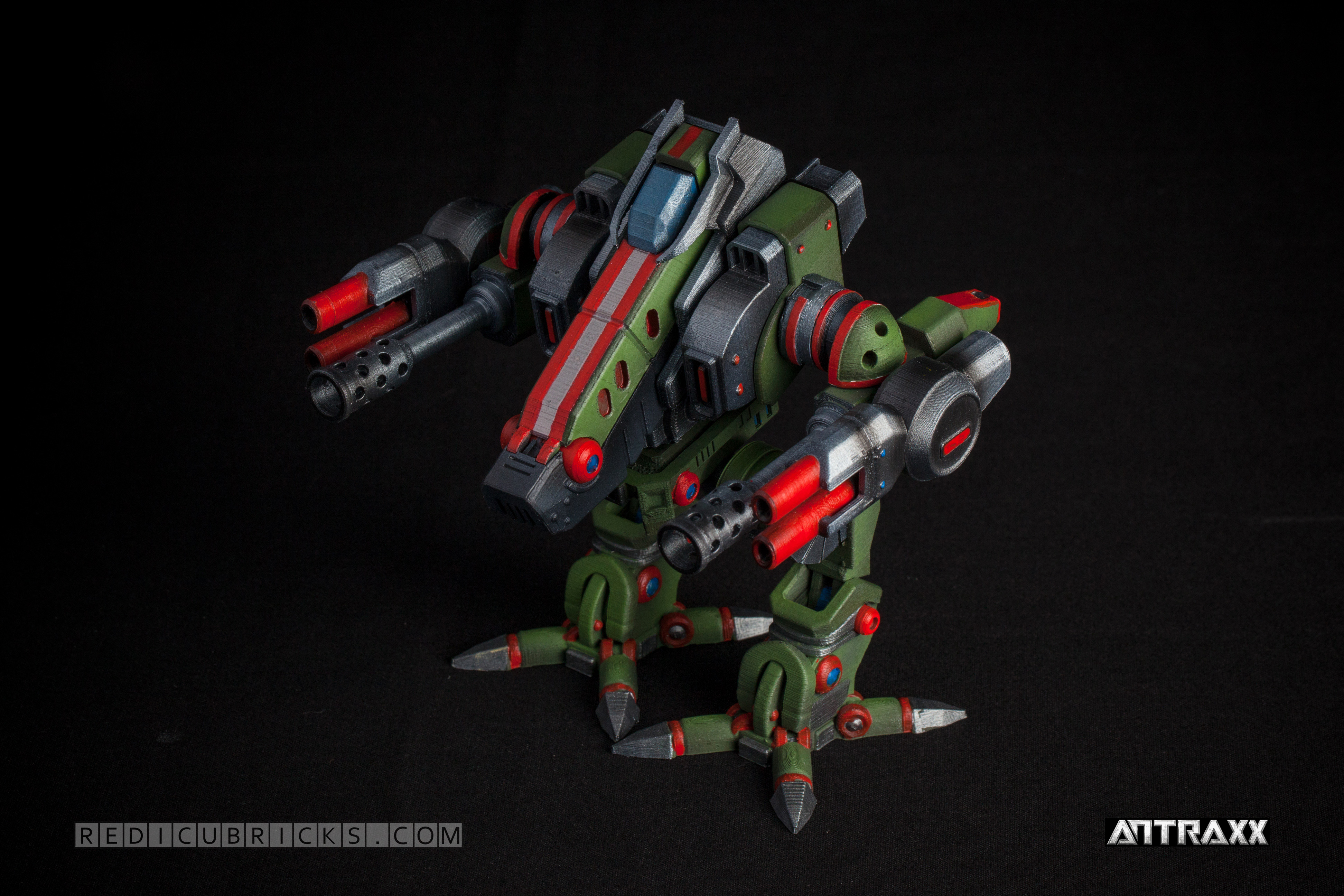 We now have a inverted tile that instead of adding on the outside adds some depth on the inside.

As for our earlier presented glass lopes we've now made two more angles to give the users even more freedom planning them out in their maps!

And when it comes to wired tiles we've decided to cut them loose from their original tiles. Reasons for this is to allow a lot more creativity when it comes to planning maps. Before it wasn't flexible enough. As of today wired objects look like this:

And we've also started working on a hoover mech base that will have certain special abilites. Its a quick concept and nothing worth mentioning end result yet. More about this soon!

A lot has happened since the last development update, Antraxx is finally starting to feel like every piece is coming together to create something beautiful. More work has gone into the back-end architecture, steam integration has begun and there are tonnes of client updates to go over as well as the usual daily grind of squashing bugs and trying to keep up with the artists.

I have started work on implementing the wired system, where you can place certain special tiles/entities such as buttons, cables, shields, elevators, auto turrets and more that are all powered by electricity. You can create various contraptions, traps and aids for your teammates with this system.

For example, you can run onto a button to activate it - then power will be transferred along the cables and to the elevator your buddy is standing on. Check out these concept animations:

We plan to expand the possibilities of this, its already a super powerful system and can be even more deadly. Everything I mentioned above is fully functional - these aren't just concepts! 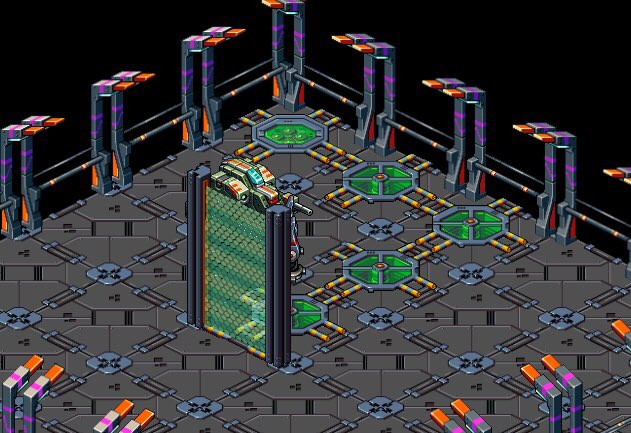 I have been thinking of ways to show depth and add some extra shading so it doesn't hurt the eye for repeated tiles - and I think I'm finally getting somewhere. Shadows look great, but they are costly to run and even more so as the map expands. So I've been working on a block-based static light-mapping system with ambient occlusion, static colored point lights and hopefully some kind of shadow support, the effects are subtle currently but really do make a difference in a scene.

Here's an example with AO off: 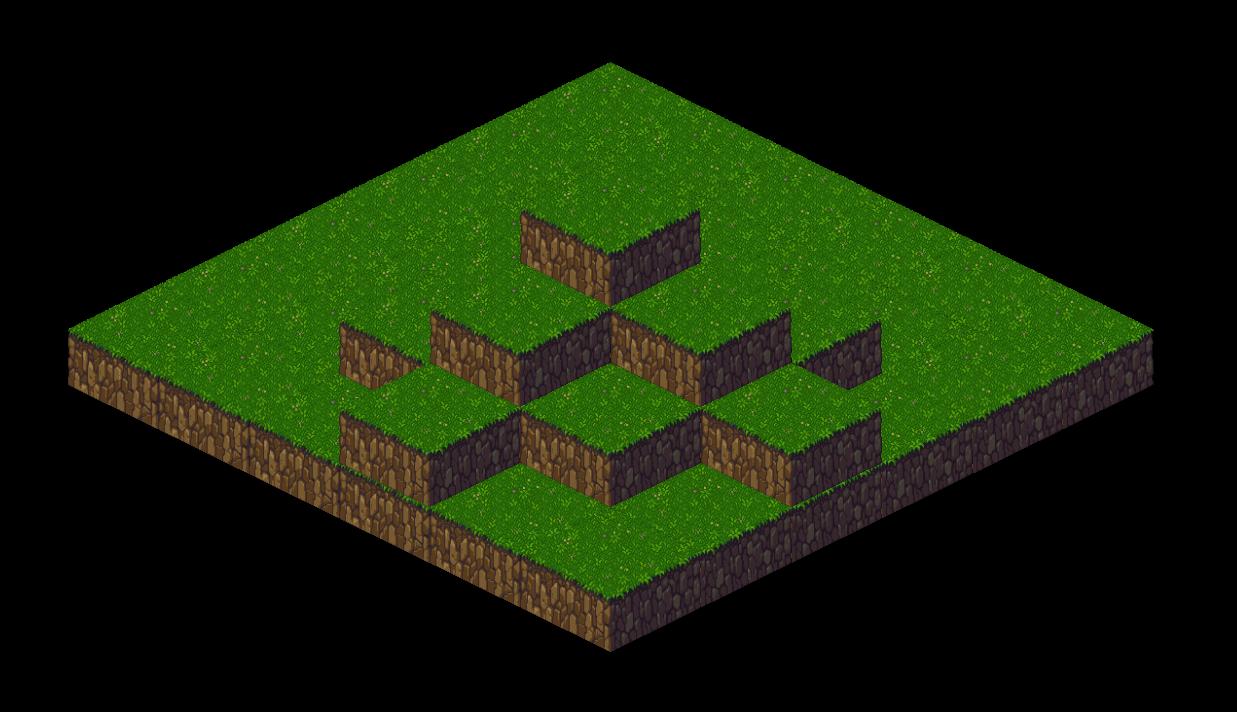 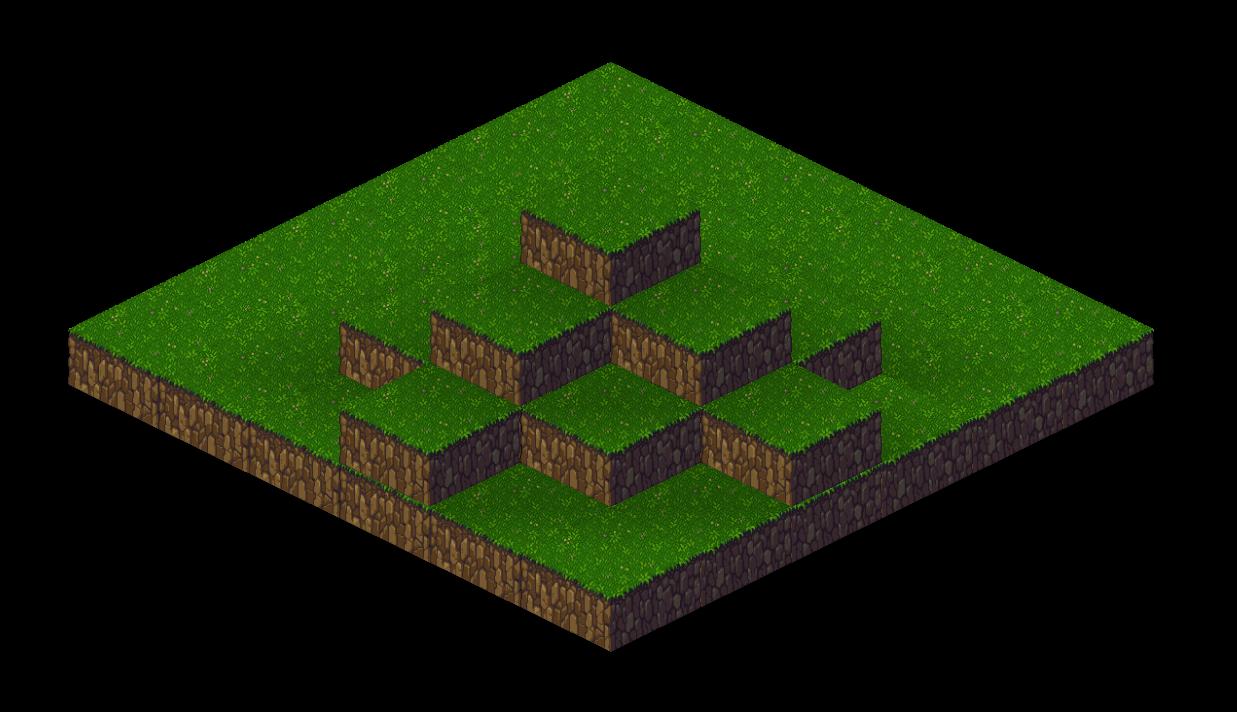 Also - I've been re-writing the mech combat and weapons system, I broke shooting and it wasn't particularly optimized - so I scrapped it and rewrote it. I'm very happy with the new results and hope to show it off in a development video soon. But what would shooting be without explosions and other effects, right?! That's where the new GPU-based particle engine comes into play. It's super fast and incredibly effective, here's two in-game tests of what explosions will come to look like. This is all still work in progress but it looks awesome: 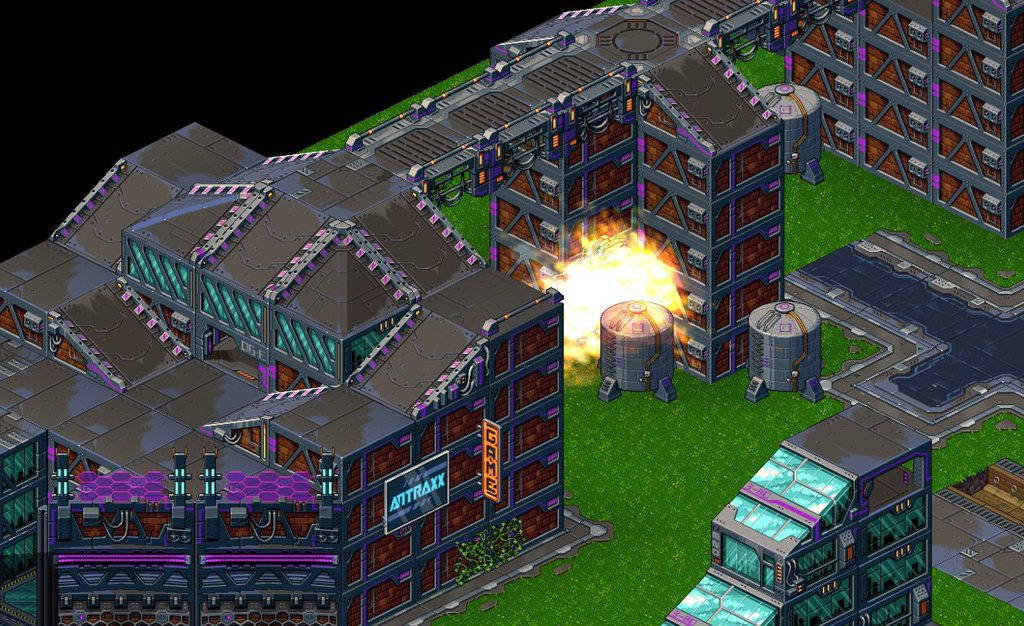 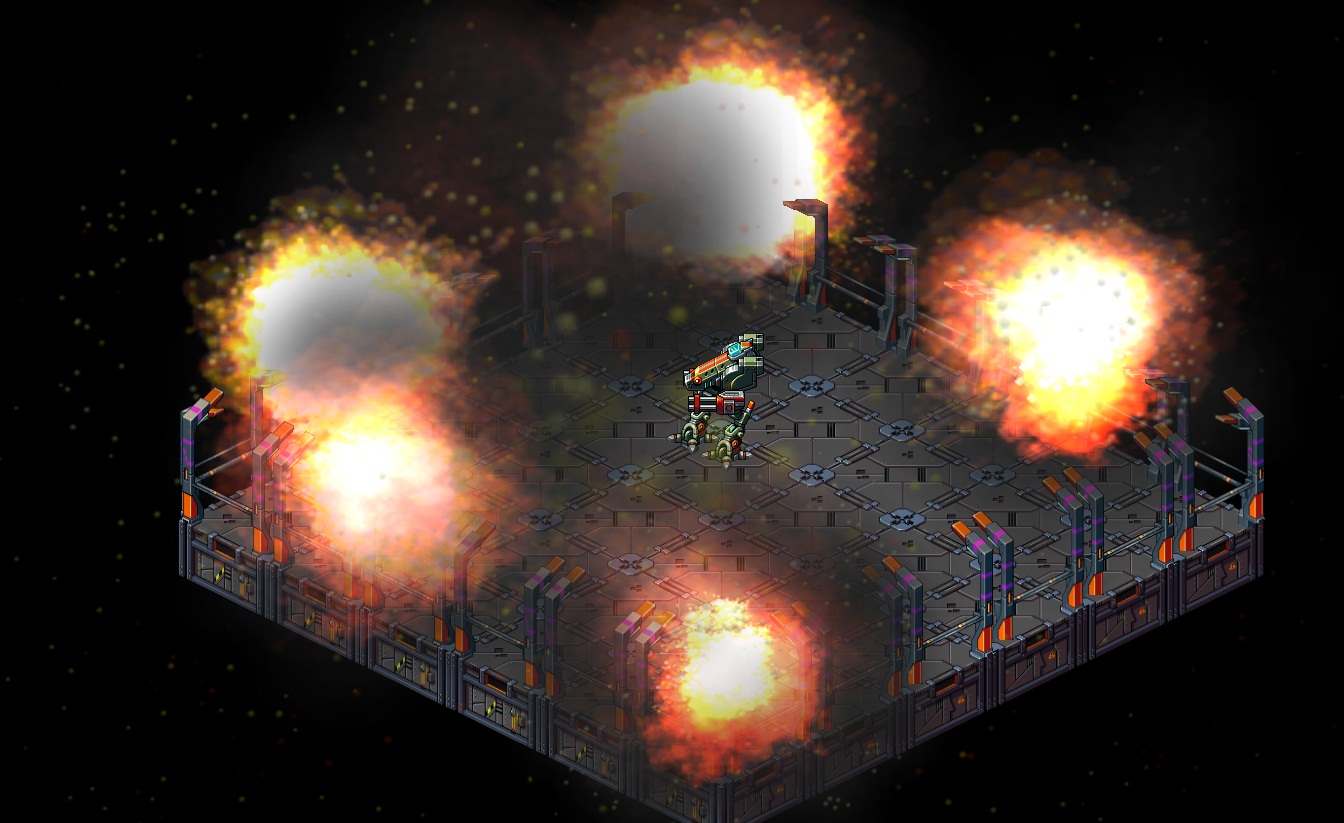 Next up: Allowing up to 4 weapons instead of the current in-game limit of 2, big explosions, deathly lasers and more.

Dont forget to follow us for daily updates & notifications about Twitch live streams!

I can only agree with "Cryosurgeon"! You guys have already hooked me up! The Merchandise part is cool too! :)

Hey Eageron! Glad you're in once again - always good to have you - how you doing dude?

Doing great! We are working on three games! But the first to be released pretty soon! A little Retro Inspired Arcade Shooter in a very minimalistic and clean design.

Awesome! PM me the details?

The level of detail is very impressive!

What is the process behind the visual design? Is this all strictly pixel-painting by hand or do you create the models in 3D, render and polish them to look like retro pixel art?

Hey dude! (lol)
It is 100% strictly pixel-painting by hand. In-game it gets loaded on to 3D meshes to make all the lightning and shadows work. Im sure doing it the other way around is possible too, but the results will be quite similar.
Sometimes I wish we did created everything in 3D before hand because it would have allowed us to create and cast real time live shadows of our mechs and standalone map objects. Which we cant right now. So we still need to make models to make that work!

That mech is so reminiscent of Battletech's Vulture that you've got my interest straight away.

It was never the idea to copy anyone but I'm glad we have caught your attention and interest! Welcome aboard the mech boat!