I am happy to announce a project that has been in the making for a few months, Flotilla WWII: A naval TBS game in the style of the 90's naval tactics games.

Flotilla WWII is a naval turn-based strategy game, expanding on the classic naval tactics games of the 90's with the addition of base building and unit production. With 9 ship classes to build and 4 aircraft, players can build their forces to reflect their strategy, with fewer, but pore powerful ships that can survive the length of the skirmish, or with many smaller and faster vessels, sacrificing durability for speed and agility.

In the role of the admiral, the player is in charge of resource allocation, unit and building production, and has to balance economic and military expenditure. Building a strong economy can help overwhelm the enemy, but waiting too long can allow the enemy to close in and devastate the player's base. Similarly a balance of small and large vessels is important so that the player can both intercept enemy attacking units with faster ships, and carry out an attack that will last long enough to cause damage to the enemy base with larger ships. Furthermore, the ability to repair a ship adds value to larger vessels as they can be sent back to the fight in a couple dozen turns.

Airplanes are also present, either as separate units produced in airfields, or as the long range attacking force of aircraft carriers, both escort and fleet carriers, for defensive/supporting and offensive operations.

With the classic mechanics of the pioneers of naval tactics games, and the base building of newer strategy games, Flotilla WWII aims to please the fans of the classic turn-based tactics games of the 90's, and create a foothold for future games that will please players of all video game eras. Above all, Flotilla WWII aims to provide entertainment for all, in single player or hotseat gameplay. Good luck, Admiral. 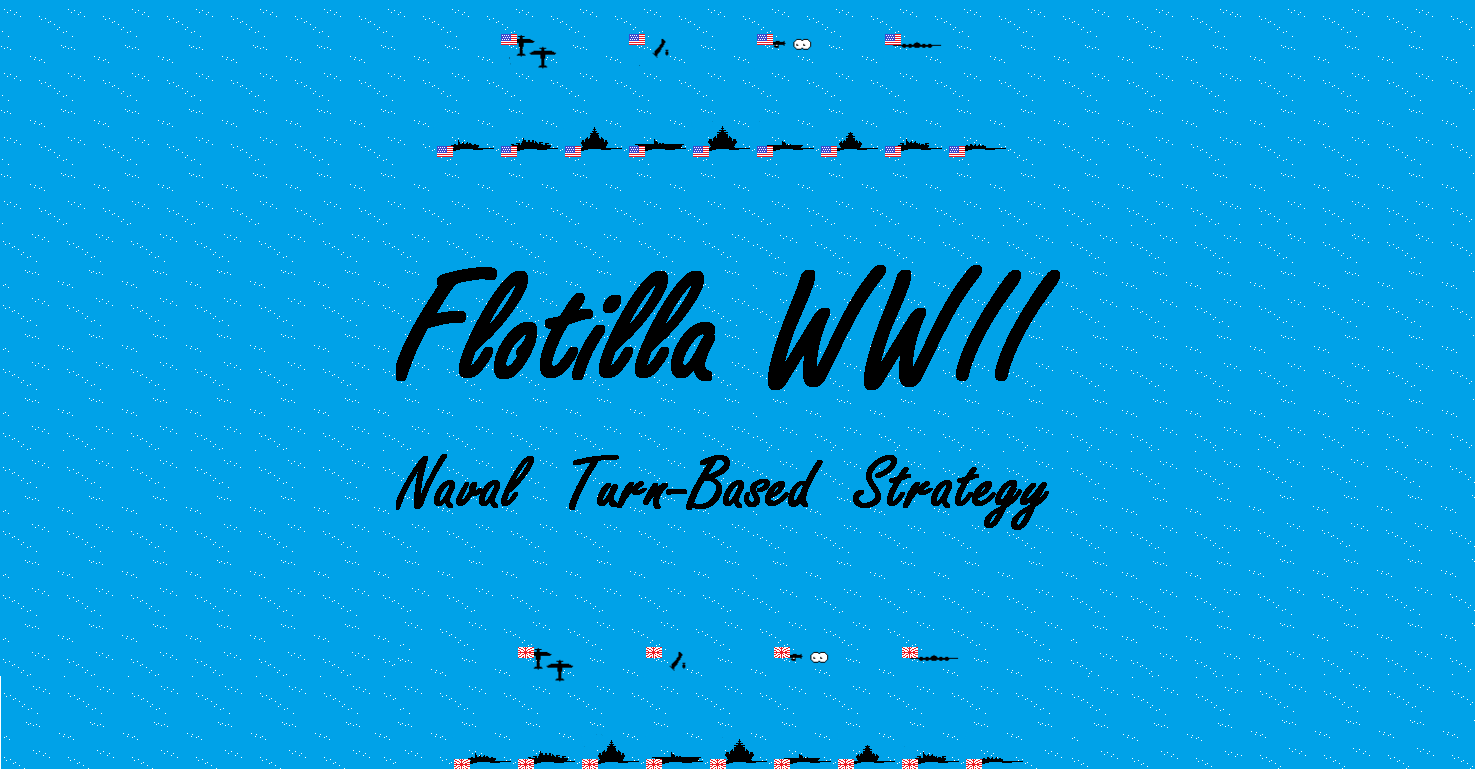