My method for animating a 2D avatar using a 3D object.

Since Dogboy is now active in the latest demo build, I had to start working on his avatar animation. The usual rough defining of elements with polygons. 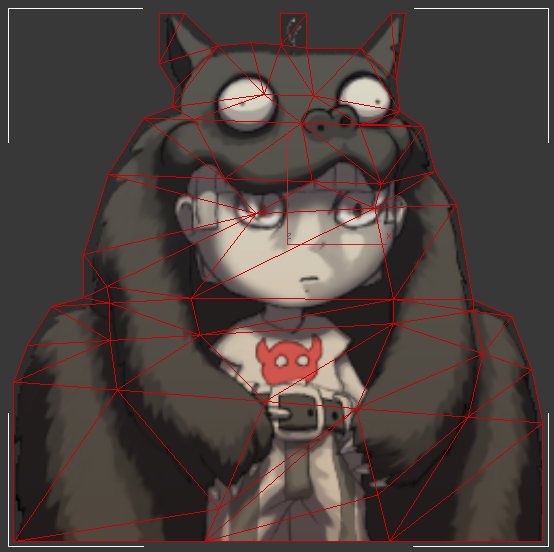 Followed by refined divisions to mimic skin and clothes creases. That way when the vertices and moved around the stretches look natural. Since Dogboy is basically comprised of two characters, it needed more animation morph targets to animate than usual. I've also decided with more realistic mouth animation. The usual avatar dialogue only has two mouth states, closed and open. But since introducing the maid, I added mouth states that represent vowels. For Dogboy boy it is "AAA", "EEE", and "OOO". Mix and match, they give a good palette of mouth movement. Now imported into Unity3D, and Animator Controller is assigned for the Skinned Mesh: 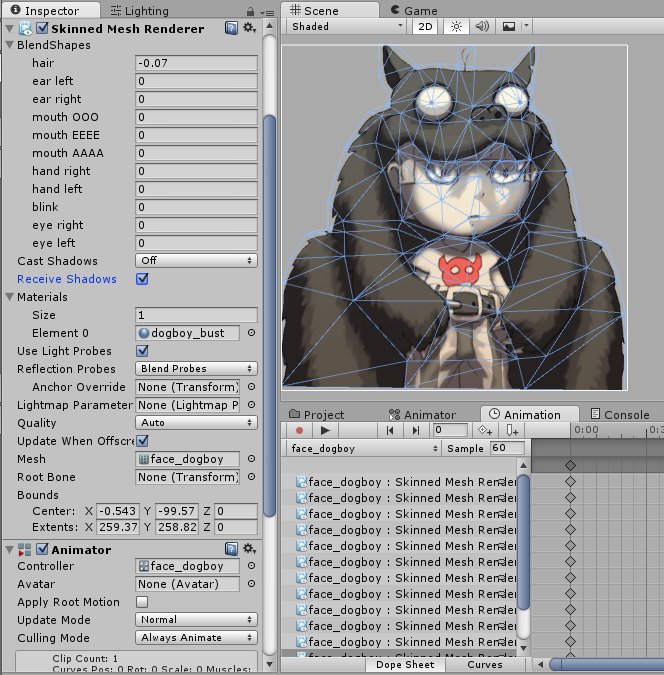 And here's the final disappointing results! I should've added more polygons to isolate the paws from the pants. Lousy job...

Been revamping the code that controls movement on the Spiral stair case. I don't want to disengage the player controls into Forward Backward scheme whilst stuck on an invisible spiral rail. I want the player to remain in full control while on it, which can get quite awkward in a 2D game. So now the player only needs to hold one direction until the edge and then reverse back to navigate upwards. When going down you need to hold diagonal down. I added a script that scales the cat as it moves in and out of the spiral, but it kept screwing up the spiral column layering so I abandoned it... for now.

Building upon the light map I have created for the game, I linked the vignette layer to it now. I use the vignette to slow fade to black the edges of the screen. Now edges of the blackness is dynamic. Creeping in in dark areas and expanding out in well lit areas. It's a nice, smooth, touch. Here hiding under the table reduces ranged visibility. 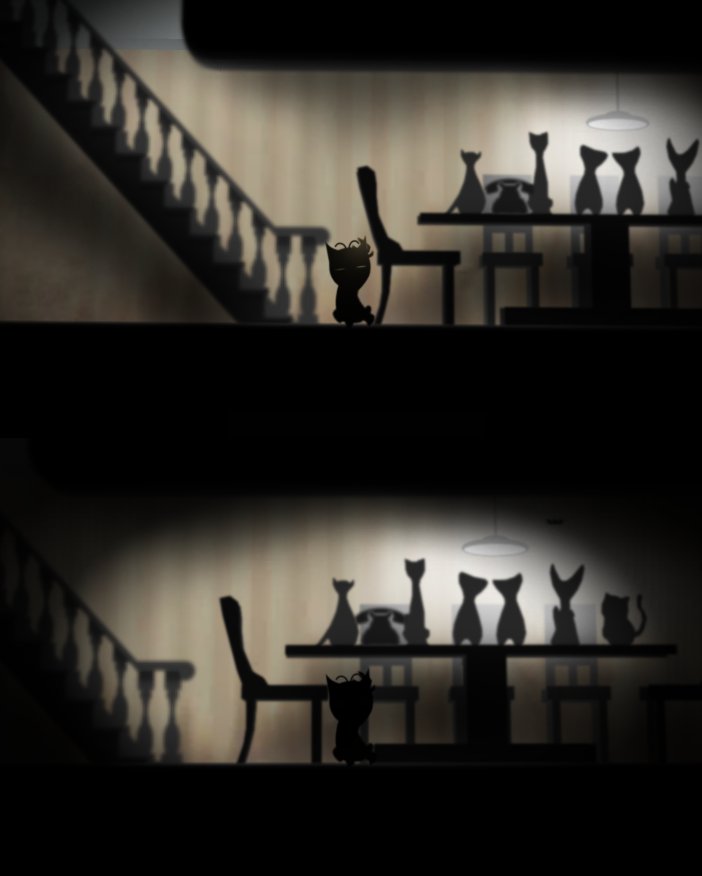 Wow, this is a clever way to animate "2D". Great. Thanks for sharing this! :)

Art-style took like 3 iterations to reach this look, and it's still evolving.