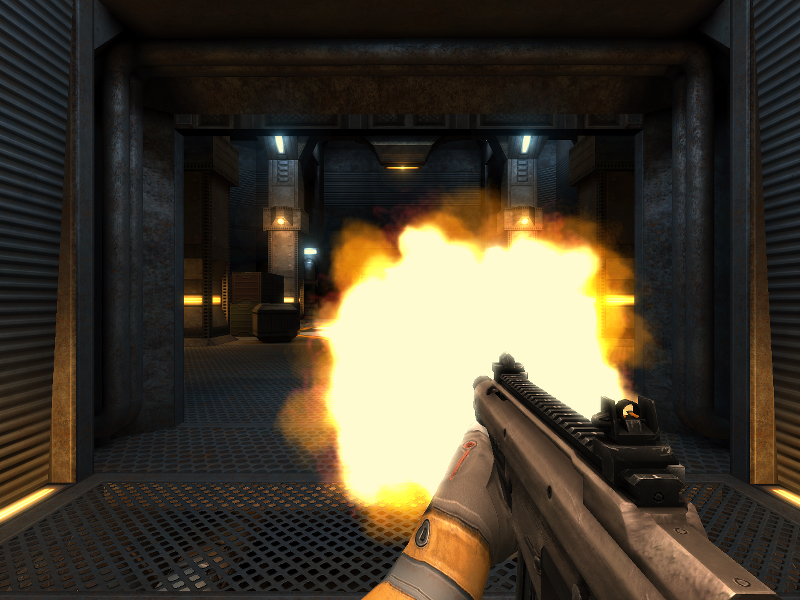 As of this release, we've switched to our new gameplay basis by merging the gameplay development branch into master for the first time. This is our first major step in moving away from the gameplay of Tremulous, and is the result of months of planning and testing, aided in no small part by our summer tournament. All of our official servers will be running the new gameplay now, and you can practice it on our training server with bots. Successive releases will continue to feature new gameplay changes, and you can take part in testing and influencing our direction by playing our weekly development games on Saturday afternoons.

So, what's new? Many things, for someone coming from a Tremulous perspective. Build points are earned through a resource system, and will require you to make extraction structures on both teams. Stages are earned through what we call the 'confidence' system, which rewards you for spreading through the map and penalizes you for remaining in your base all game. In addition to those two macro-scale changes, we have a bunch of smaller ones, too:

We now use SSE vertex skinning by default, which will give a speed boost for MD5 models on the vanilla renderer, and for people using GL3 with MESA or with manually disabled GPU vertex skinning. In addition, we no longer do an extra pass for glow maps, which should provide a performance increase for models that use them, like the acid tube and the new alien player models. Finally, the amount of data sent to the GPU each frame was reduced. 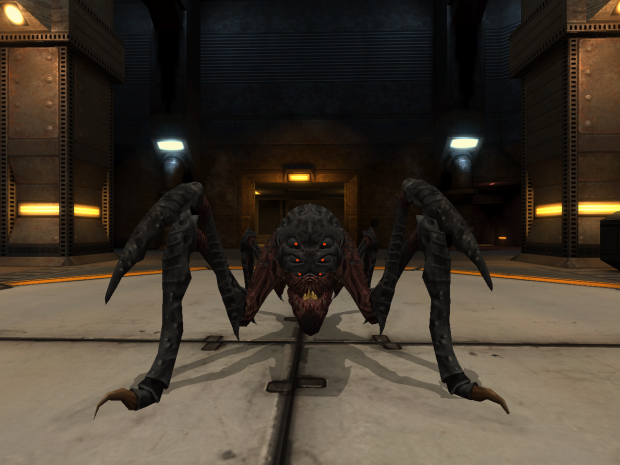 The human now has new hand textures, which match the new third person textures we gave him last release. As we go about upgrading or replacing our weapon models, the new hands will be used alongside them. So far, you can see them on the shotgun. The animation.cfg file is no longer read when a player spawns, which should help with lag. Also, we have another update to the medistation texture, and a higher resolution texture for the blaster. We have also finally squashed the dreaded sticky key bug.

We now have a Russian translation, as well as updates to Galician and Ukrainian. This brings our total foreign translation count to seven, with translations for French, Galician, German, Polish, Russian, Spanish, and Ukrainian. As always, our community-driven translation effort can use all the help it can get. If you know a foreign language and you'd like to translate for us, make sure to tell us!

If only optirun wasn't being such a pain in the *** for me right now. My diagnostic skills suck.

Try using the primus bridge (e.g. "optirun -b primus ./*name of game start file here*), much to my surprise this has solved nearly all problems I had with optirun.