0.4.1 is done and uploaded, a new leveling system/skillpoints, improved particles/fx, new fighting mechanics and much much much more!. 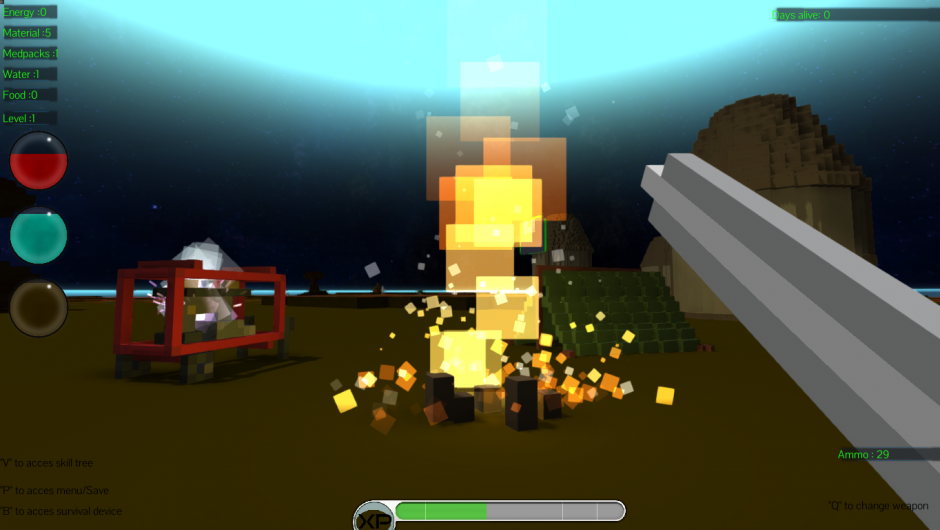 We have been working on our new update and now its finally done, this keeps up with the weekly updates you deserve for supporting Infinite Pixels. The new updates introduces many new things, including a leveling/skill point system, new fighting mechanics (SWORDS!), improved particles/fx and much much much more. Here is the official video/changelog.

This is Infinite Pixels - Desura

added "Fire camp"
added leveling system
added skillpoint system
added sword
added sword fighting system
added turn on or off ambient occlusion
added turn on or off motion blur
improved "Bullet Dispenser" mechanics, it will give you ammo based on your skill points
improved "medpack" mechanics, it will give you health based on your skillpoints
improved "start server" GUI
improved GUI
improved building system *now you need energy to place structures*improved enemy spawn system, now its based on the spawner location (Desert, woods)improved looting system
improved looting system.improved particle/fx assetsmap modified, now all biomes are together making the first official "Planet", next update will add another planet

I'm returning after 4-several or so months, I remember when there was only a few things to craft, I see a lot of progress now - not bad for indie, and I really dug the music on the recent change log, catchy.