Post news RSS All Women, All Fighting, No Objectifying, Part 1

Women have rarely been depicted well in fighting games, and I thought it was time someone did something about it

Posted by sebastianhardy on Aug 6th, 2016

With considerable difficulty, I made a game! How did this come about, you ask? Read on and all shall be revealed!

One August day last year, I was playing a little game on my Twitter where I'd post screenshots of lots of different video games and challenge my followers to guess which game they were from. Just a little bit of fun, I thought.

But, in my search for screenshots, I started browsing through a database of fighting games new and old, and although I'd always known this was the case, it really struck me this time -- the vast majority of fighting game women are blatantly oversexualized. High heels, leather catsuits, hair down to their knees. Yes, videogames are generally completely unrealistic, but this always struck me as too much.

I posed the question on Twitter, has there ever been a fighting game where all the female characters wore sensible, logical martial arts clothing? Results were inconclusive. So I decided, if there wasn't, I'd make my own.

I had no previous game developing experience to my name, but I wasn't going to let this stop me. I would learn as I went on. How hard could it be?

Step one was to draft a few simple rules I would follow when designing its all-female cast:

Just how real martial artists dress. I started sketching, and before long, I had somewhere in the region of about 15 characters, which were, over development, whittled down to 10. 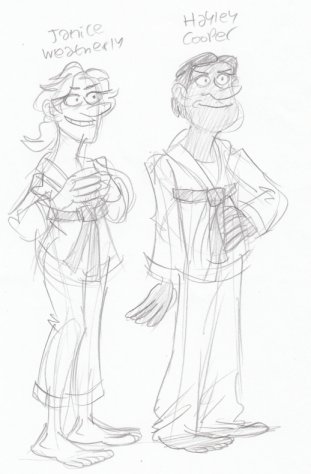 Step two was to develop a scenario that would justify a bunch of strangers all gathering in one place to hit each other while clad in proper martial arts gear.

A big, grandiose women's martial arts tournament quickly turned out to be just the place. This then bought into focus the fact I also knew next to nothing about any real martial arts.

But I wasn't daunted. The focus of the game was that the women dress properly, not that the martial arts depicted be accurate. 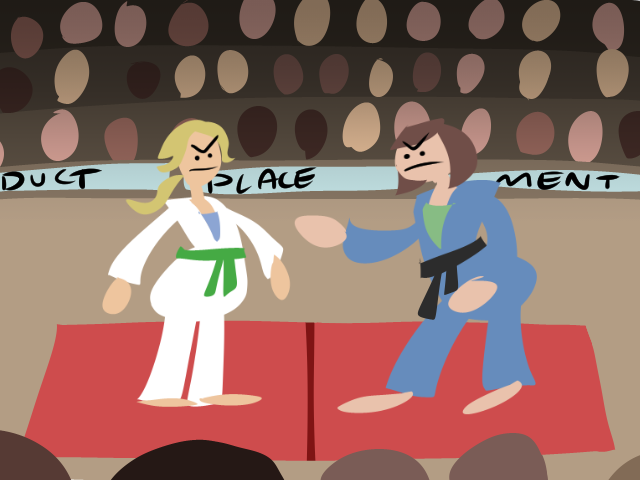 Step three was to decide what form the actual fighting would take. Given my lack of programming knowledge, I knew I wasn't going to be making anything of Street Fighter-esque complexity. So I decided to take inspiration from my favourite game I'm not actually very good at: Punch-Out!!

Its simple mechanics -- punch high, punch low, dodge -- seemed like something a first-timer like me could program with some difficulty. I didn't know then how much difficulty...

Dressed For a Fight Out Fighting
Related Engines