Hello everyone in our weekly feed, this time we got a couple of more additions to your airpower inventory. Airforces of Russia and Intermarium now got their very fast and very slow pieces respectively.

Hello everyone in our weekly feed, this time we got a couple of more additions to your airpower inventory. Airforces of Russia and Intermarium now got their very fast and very slow pieces respectively.

The Russian PAK FA is among the most hi-tech warbirds in the skies of Central Asia and Europe, second only to Eurofighter II Hurricane. 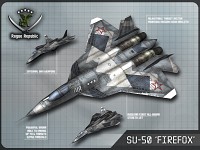 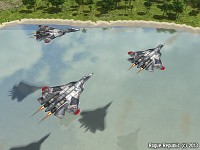 Here we start making the Intermarium faction starting with it's not so hi-tech but sturdy, cheap and cost-efficients examples of military technology, like this IAR-80X WW2 plane revised into a counter-insurgency plane. 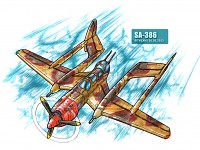 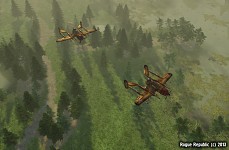 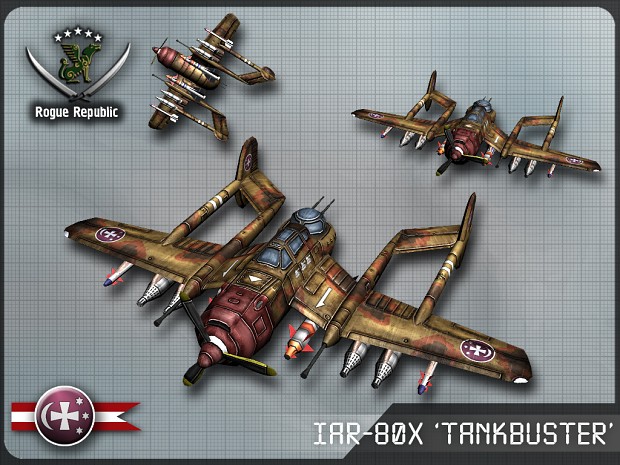 "In the founding days of Intermarium, the EU tried to instigate an insurgency in the Republic of Belarus. Although heavily supported with money and weaponry, neverthless the attempt of unseating Luka wasn't successful. Unlike unprepared armies of Libya and Syria, Belarusian military responded the insurgency not with unfiting for this role tanks, but highly trained special forces and specifically designed counter-insurgency planes based on older WW2 designs.
The experience wasn't forgotten and lately Intermarium mass-produced and highly advanced (as for a propeller plane) and armed warplane efficent in taking out anti-Intermarium guerillas.
Recently the attacker was fitted with advanced weapon systems from retired Soviet warplanes, rumors are spreading that Luka sees himself now as the next Russian president and ressurector of the Soviet Empire - tensions continue to rise in the swamps and forests of Belarus.
The construction of Intermarium's own military industry is continuing."