Free Demo is available for download! AIRA VR merges the strategic elements of the tower defense genre and the thrilling action of a first person shooter in an intelligent manner and combines the best of both worlds.

In order to boulster our ranks we created a combat training simulation for our new recruits. In the AIRA VR Demo version you are tasked with the quest to repell 2 attack-waves on the ice dessert Skadica.
From now on, the free Demo is available for download on Steam.

You haven't heard from AIRA VR yet?
AIRA VR merges the strategic elements of the tower defense genre and the thrilling action of a first person shooter in an intelligent manner and combines the best of both worlds. Thereby, AIRA VR is the first game of its kind that is exclusively developed for VR and offers you an unprecedented gaming experience. Dive into the leading role of one of the last surviving humans and become the commander-in-chief on the spaceship of the Blue Science Union. Always by your side stands the artificial intelligence named AIRA. Embark on an interstellar journey across the galaxy and discover fascinating new worlds with yet unknown species. 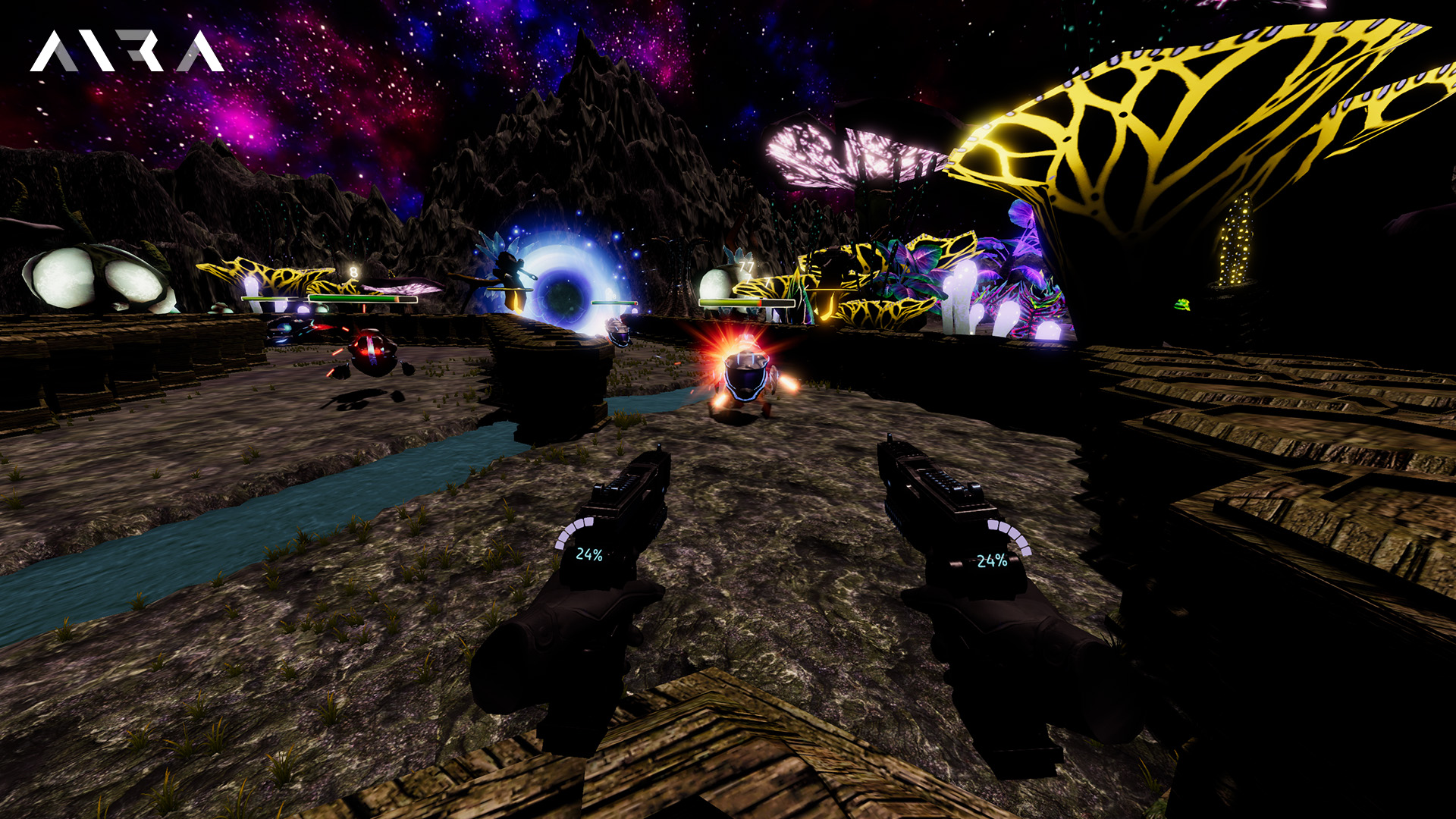 What is AIRA VR and how does it work?
Our new VR game is combining the strategic elements of the tower defense genre and the thrilling action of a first person shooter. The game consists of two phases. The strategic phase starts in the command ship, where the player maps out a defensive strategy by building towers on the holographic tactic table. In the action phase the player will be teleported into the level itself to actively prevent the enemy spaceships from destroying our facility alongside his towers. 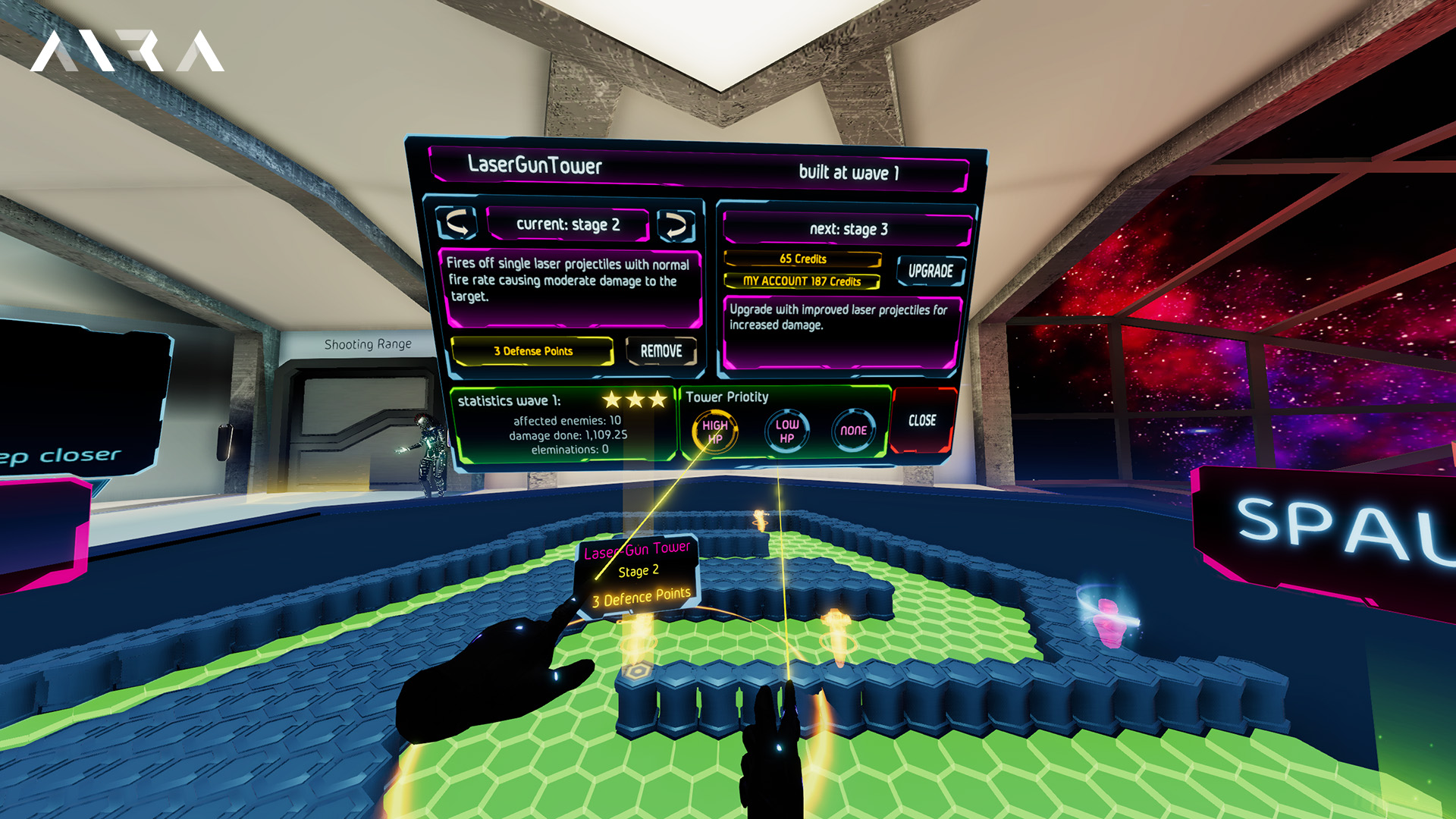 What is AIRA VR about?
After a gruesome war against the machines named Skilith, humanoid life forms have left the earth. The player becomes the captain of the spaceship of the Blue Science Union and discovers fascinating new worlds on his interstellar journey. He has been given the responsibility to defend the remaining resources in the galaxy and releasing the earth from supremacy of the machines. 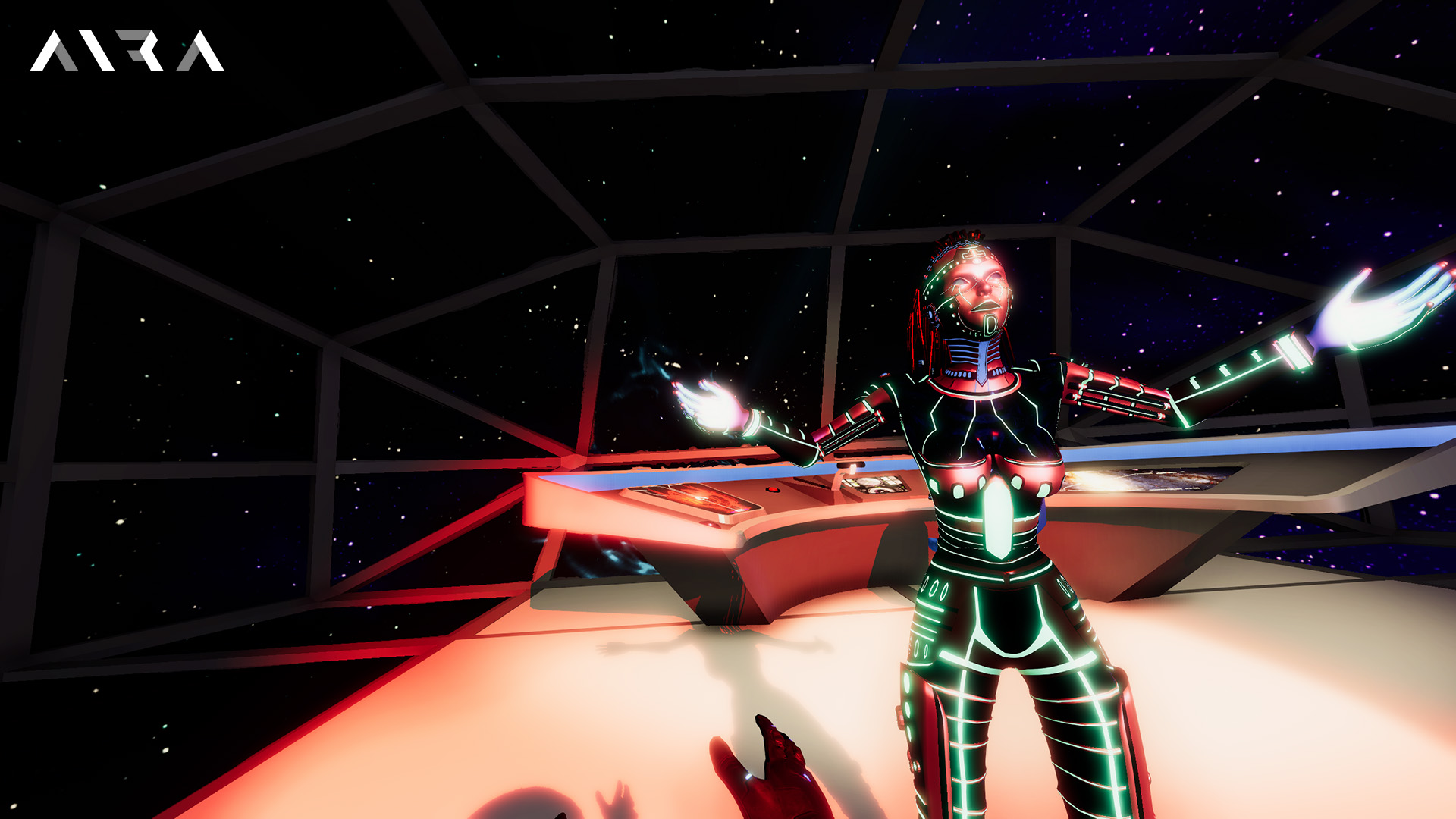 What makes AIRA VR unique?
In contrast to most VR tower defense games which focus on either action or strategy, what we strived to achieve in AIRA VR is a feature deep implementation of both aspects without sacrificing any of them. The player can plan out a detailed defense with a huge collection of varied towers and also take part in the battle equipped with a large arsenal of weapons. Aside from the game mechanics the player can also experience a fully voiced story. 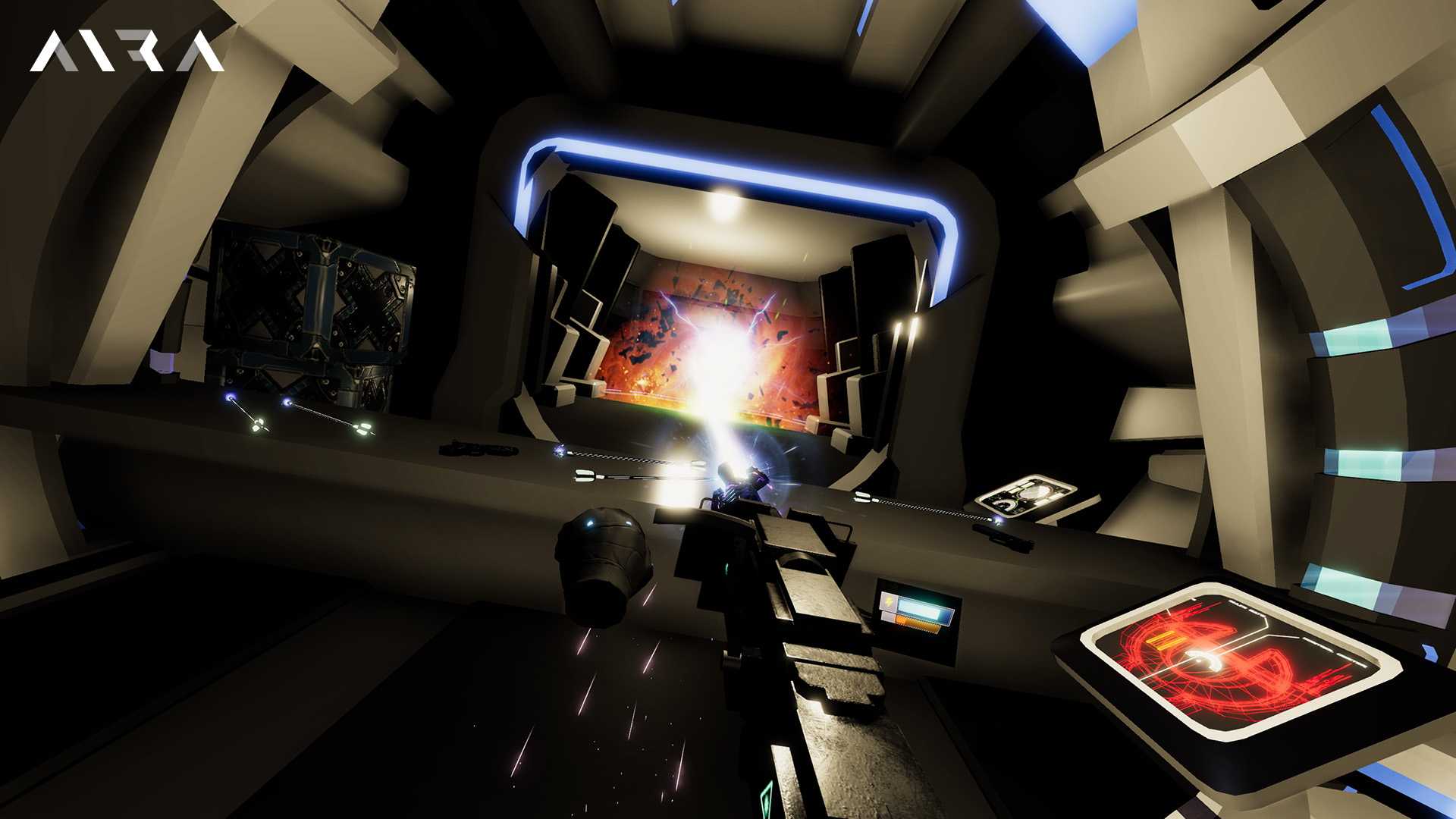 What does AIRA VR contain?
To guide the player there is campaign of 7 differently designed levels, consisting of multiple waves and cutscenes. By progressing through the game, he can unlock different towers and powerful weapons, each needing to be handled differently, to fight against increasingly stronger and diverse types of enemies. The game however doesn't end after the player completed the classic campaign. He is able to use all that he learned to overcome the challenge mode with new features unlocked, strive for a highscore in multiple mode freeplay or use our editor tool to create custom levels. 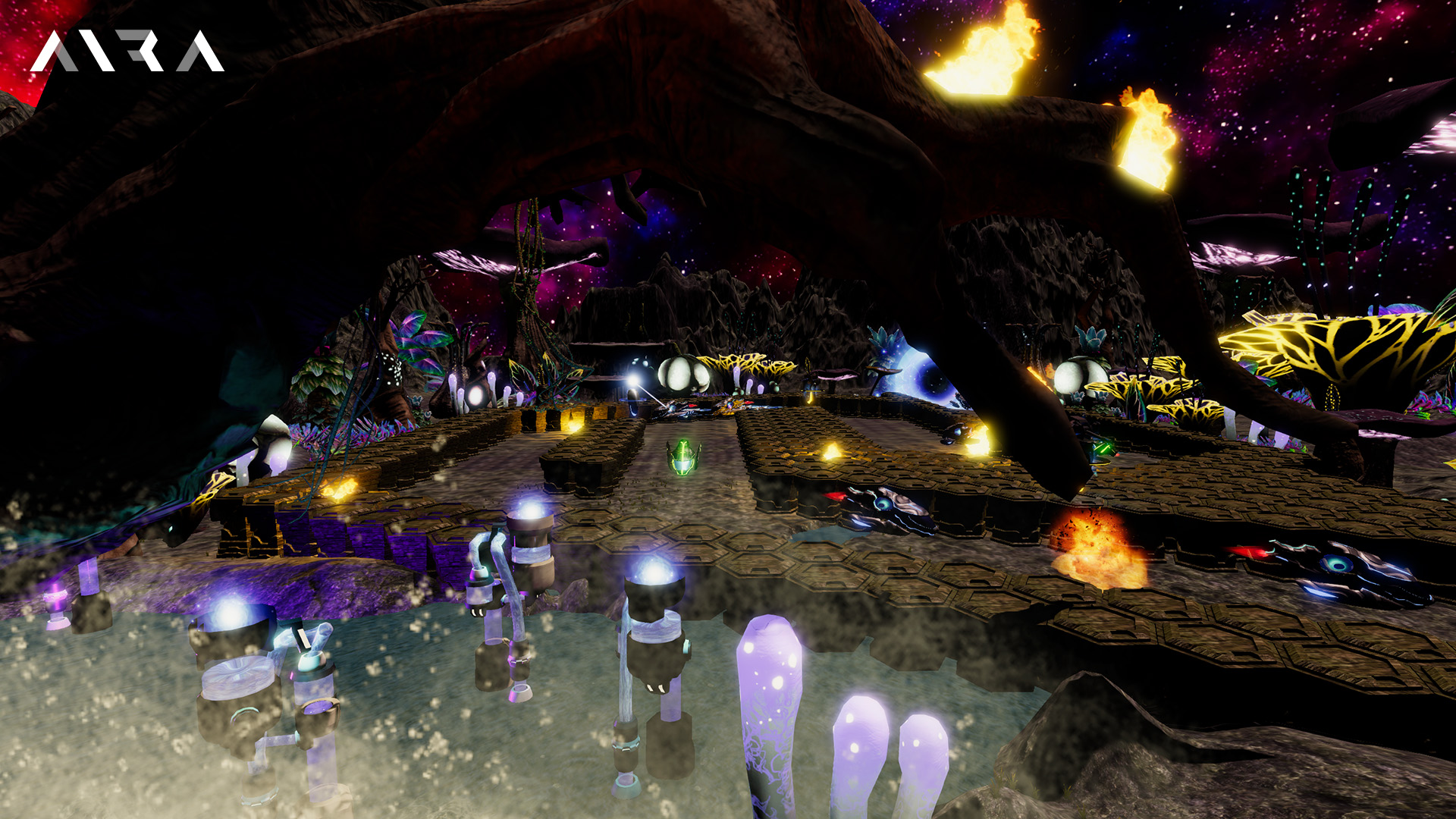 We keep it rolling and wish you to have lots of fun defending the galaxy!