A look at the brand spanking new AI War trailer ahead of this Friday's launch for AI War 6.0 and Ancient Shadows!


Version 6.0 of the cult classic strategy game AI War: Fleet Command arrives this Friday the 19th, along with its fourth expansion: Ancient Shadows. One of the best-reviewed PC games of 2009, AI War has continued to grow each year with new expansions, new free content, and continual refinements to the deep strategic gameplay it already boasted.

AI War breaks most of the genre's rules. Which is precisely why it's incredible... This out-of-the-blue one-man passion project is one of this year's finest strategy games.
- Alec Meer, PC Gamer UK, November 2009

It's a balancing act, with your own strength on one side, and the AI's opinion of you on the other. Piss it off before you're ready to face it, and you're going to get squashed. That moment, when you're finally in a position to turn the tables, is about as glorious as gaming gets.
- Phill Cameron, Eurogamer, February 2011

I think I've stumbled across this year's Really New Thing. There's a lot of 2009 to go, but I'll be surprised if anyone else twists the RTS formula this dramatically and this effectively. And I'm hoping it'll be the Next Big Thing, because it's big, different, entirely unprecedented and an exciting way to play an RTS.
- Rush, Boom, Turtle: And Now for Something Completely Different, by Tom Chick (Crispy Gamer) 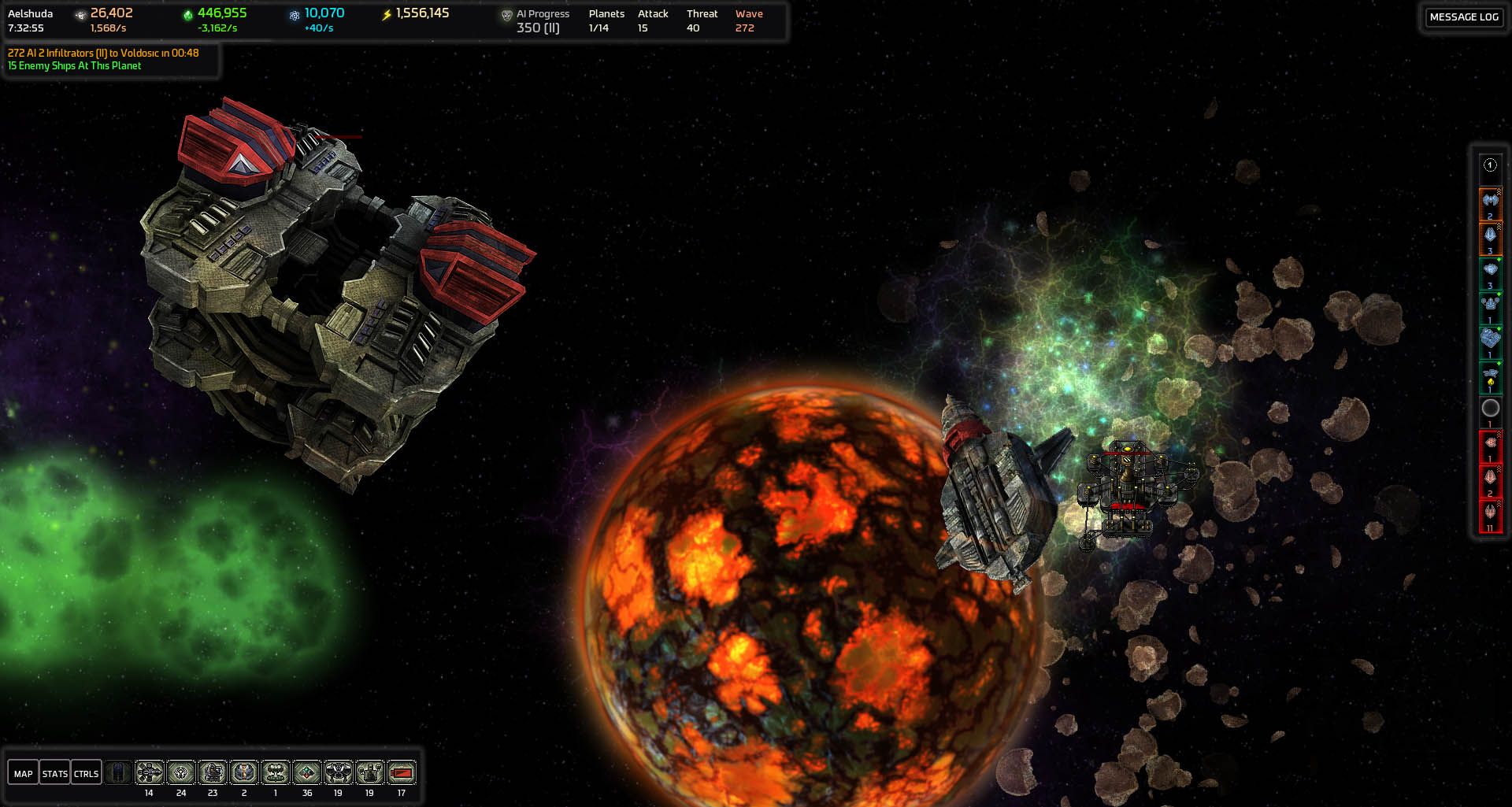 More About Ancient Shadows
Not Even The Machine Sees All...

Introducing Champions: These modular behemoths can be upgraded, gain EXP, and lend powerful aid to your main forces. But champions possess a unique power that sets them even further apart from other units: they can explore entirely new parts of the galaxy where the AI cannot reach. Splinter factions of humans, zenith, neinzul, and spire all dwell in those backwater nebulae. Some are hiding. Some are plotting. Some have gone totally insane. It is there, in the shadows, that your champion can find relics from the ancient race which constructed it. What power awaits? At what cost?

Key Features:
* A whole new kind of human player. It's possible to control champions alongside your main fleet, or to have a friend or family member control just one single massive ship.
* Several new sub-races dwelling in the backwater parts of the galaxy for your champions to interact with.
* Modular fortresses.
* 9 new bonus ship classes.
* 3 core AI guard posts and one new minor faction.
* 2 new AI types.
* 2 new map types.
* 98 minutes of awesome new music by Pablo Vega.