We're opening our doors to new Alpha testers in February. Here's some of the stuff we've been working on! 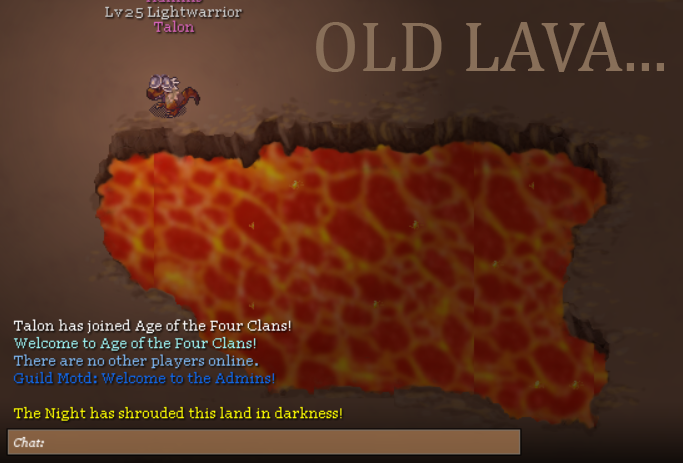 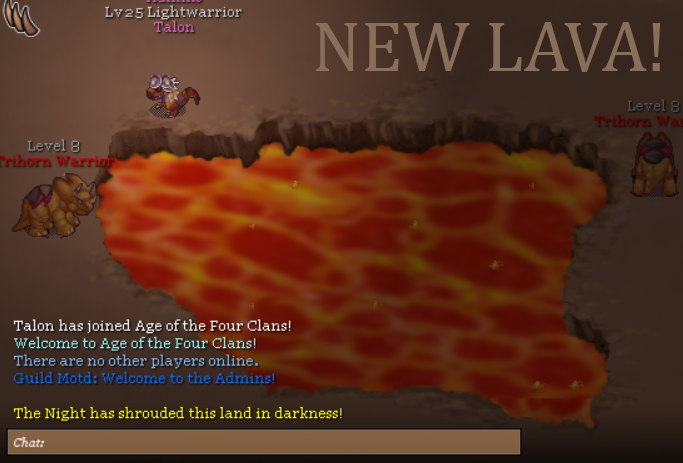 We've got new lava! And more!

A4C's testers and developers have been hard at work, ironing out the various kinks we've been finding as we head into our second Limited Alpha Launch.

Some of the problems we've run into with regards to questing, drops and NPCs have been getting a rework, as have tiles (see above) and some sprites as well!

Our new endeavors for the coming launch will include lots of updates to the general look and feel of the game. As it stands now, Alpha 0.4 will be available February 1 and include the following additions:

Clan Reputation NPCs: These are characters with whom you can earn points towards their given faction. Characters who have a certain reputation with these clans will be able to buy specialty items from Clan-specific vendors

Crafting: By using certain ingredients, players will be able to craft different items in the game. Guildhouses in the Laurasia Port and Iza'Nagi core both house crafting forges. Tethys does not have a Guildhouse at this time, but a Craftmaster is available in the Tethys Tradepost.

Resources: Extended list of items which can be taken from the environment, such as mining, fishing and gathering. Hunting is also in the works.

Evolving Spells: Start with one spell and it'll level with you, becoming a more powerful spell! 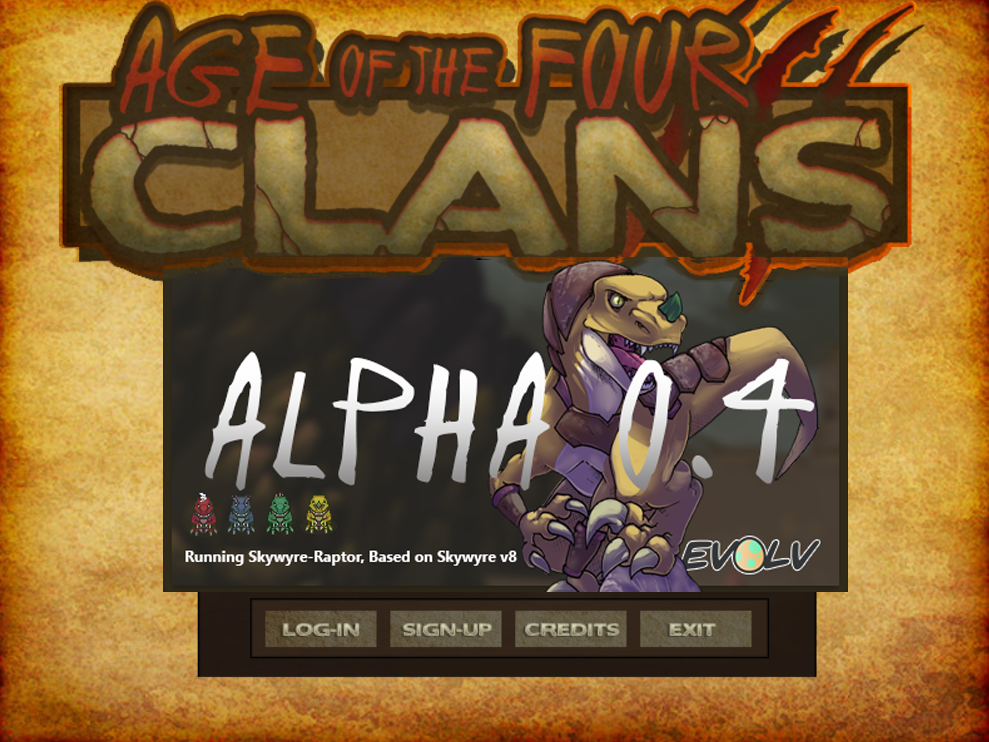 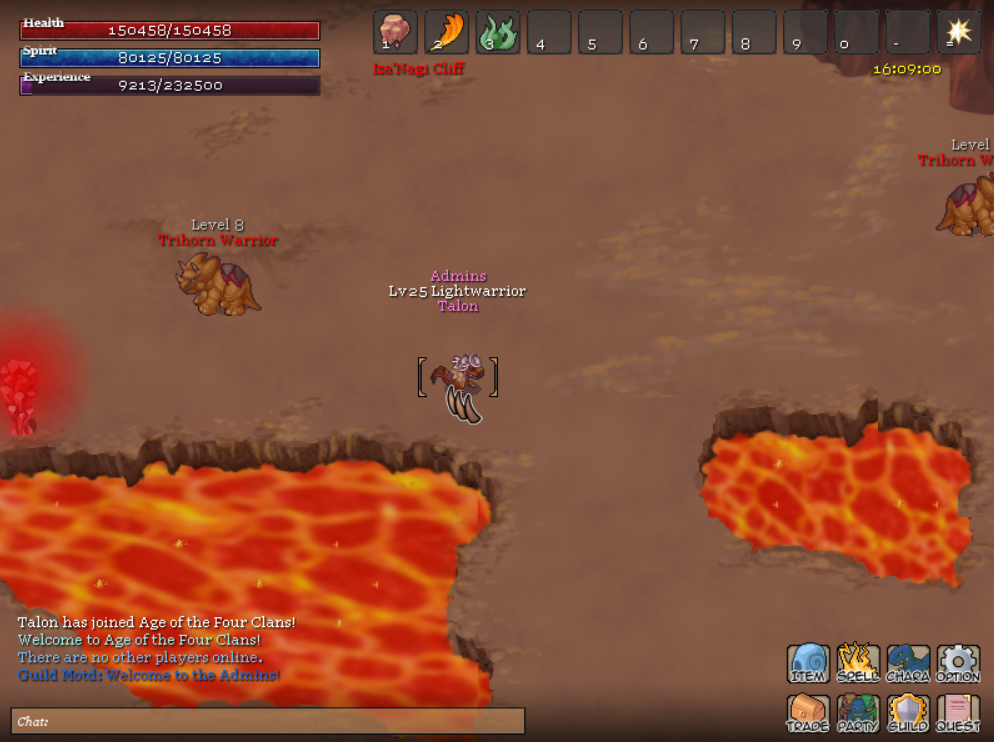 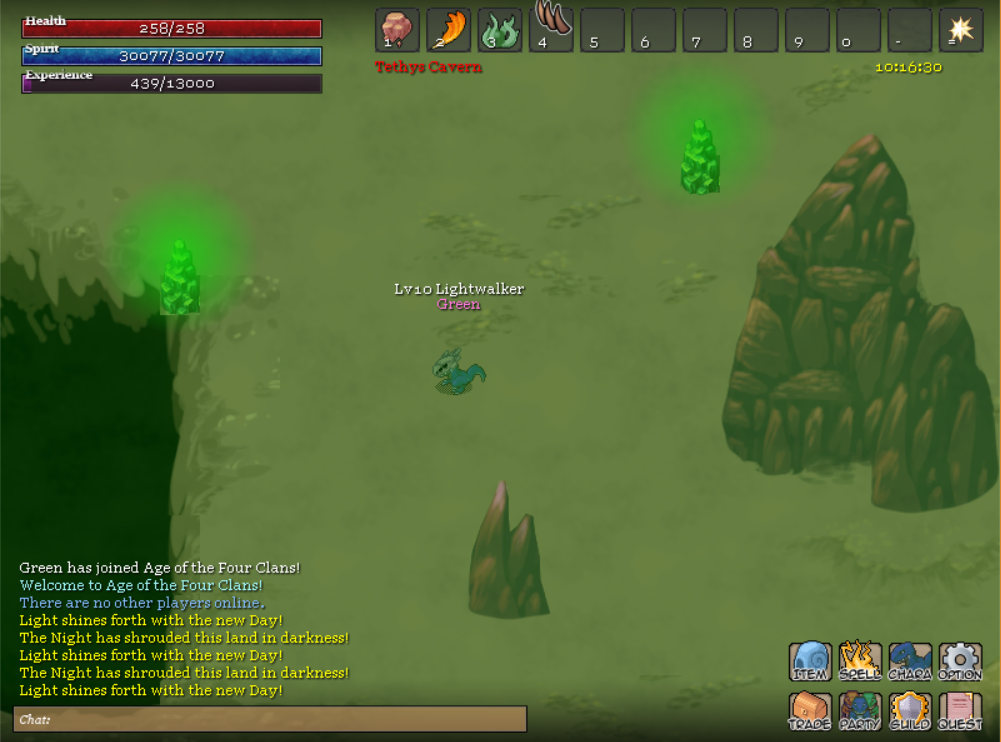