Age of the Four Clans

AGE OF THE FOUR CLANS is an upcoming 2D MMO featuring a fantastic prehistoric setting.

The four Raptor clans of the ancient Earth always held an uneasy alliance with one another. After a meteor devastated the Deathclaw Clan and unleashed strange creatures upon the planet, truces were made in order to find answers and return the world to order. The slime, a bizarre life form which oozed forth from the impact site, quickly spread to all corners of Laurasia, mutating native species and trashing the delicate ecology everywhere it appeared - threatening a mass extinction of all life on Earth.

You take on the role of a Raptor, choosing one of three clans as your starting "class":

The Lightwalkers - A sect of highly intelligent Raptors who take on the role of warrior class. They are fair minded and have always sought peace between the tribes. Their magicks are typically based on hard-hitting earth spells and they sometimes wear tough hides as armor.

The Bloodfuries - The largest clan of Raptors, these fast and nimble creatures are the rogues and assassins of Raptor society. Some practice fire magick and most like to adorn themselves with feathers and light armor decoration.

The Spectres - These are mysterious Raptors who are well-versed in magick. They are natural healers and warlocks, calling on nature spells to do their bidding. Some fashion armor from the bones of their enemies, which they believe grants the wearer with further power.

The Deathclaw - Large Raptor brutes who believe themselves to be kings among the other clans. Deathclaws use their great strength and powerful ice magicks to great effect. Some even fashion and wear heavy armor made of stone. Their home and their kind were nearly completely destroyed in the meteor strike known as The World Shattering. Players will not be able to select Deathclaw as a class initially, but there may be ways to become one, in game...

And more as we create!

Age of the Four Clans (A4C) from EVOLV Studios is proud to announce the official release of its long-awaited Beta 2.0.

After trials involving lack of server support, the classically styled 2D Dinosaur MMO has found a permanent home on the servers of the people working on the game's engine, Intersect Hosting Solutions. Uptime is at 99% and the game has never been faster! All players, old and new, are invited to come check out the expanding world of Pangaea!

Join us at dinosaurmmo.com and give A4C a go! 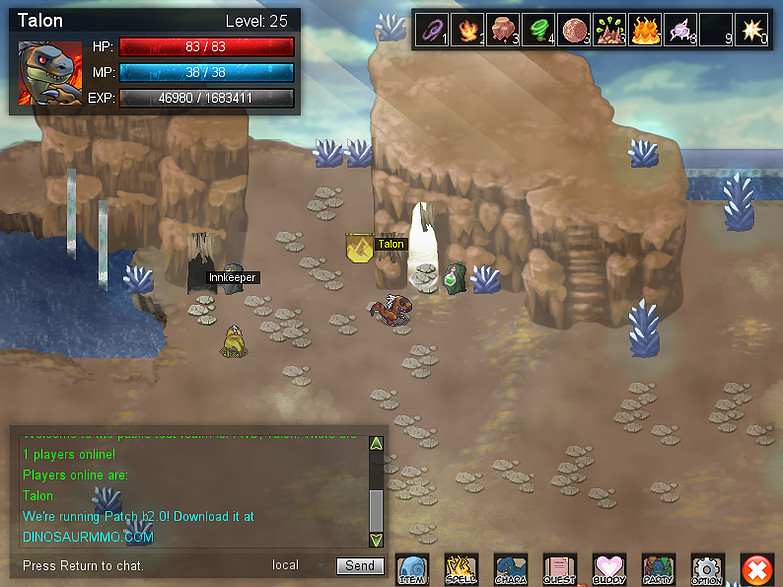 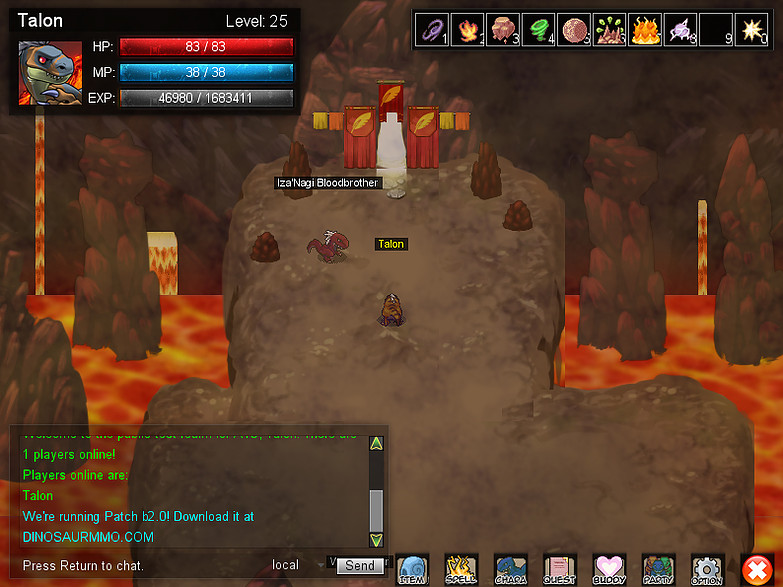 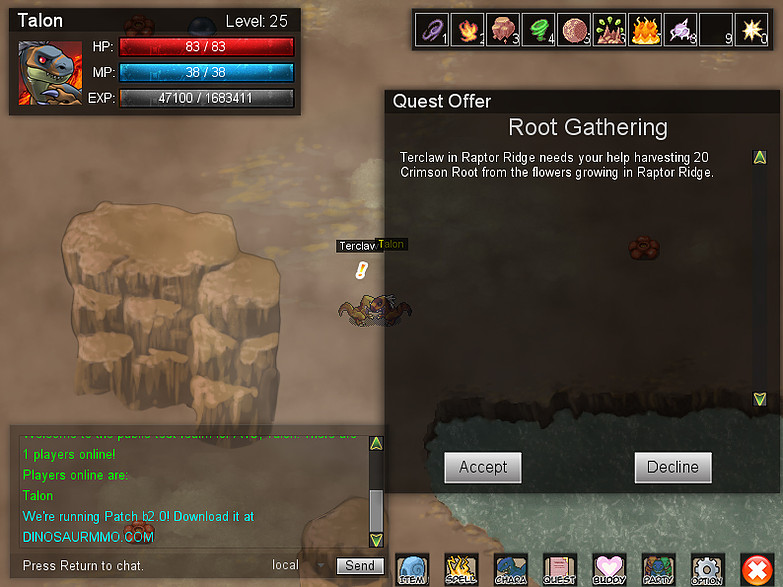 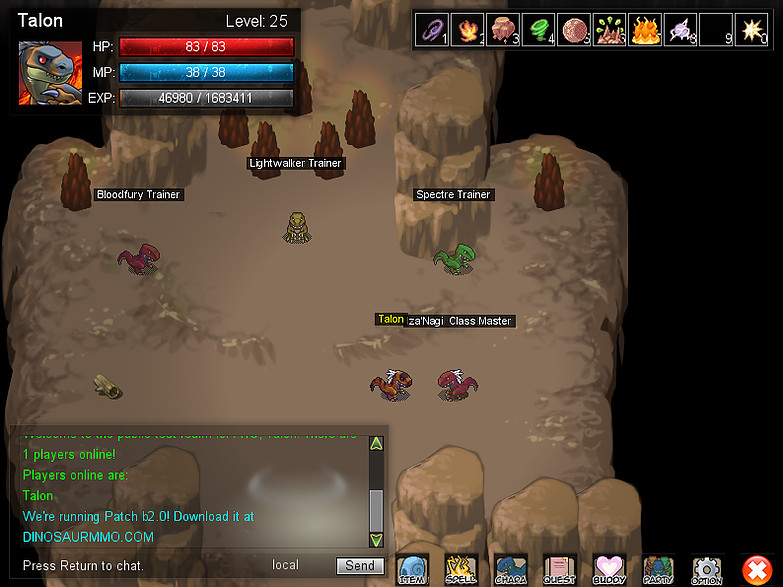 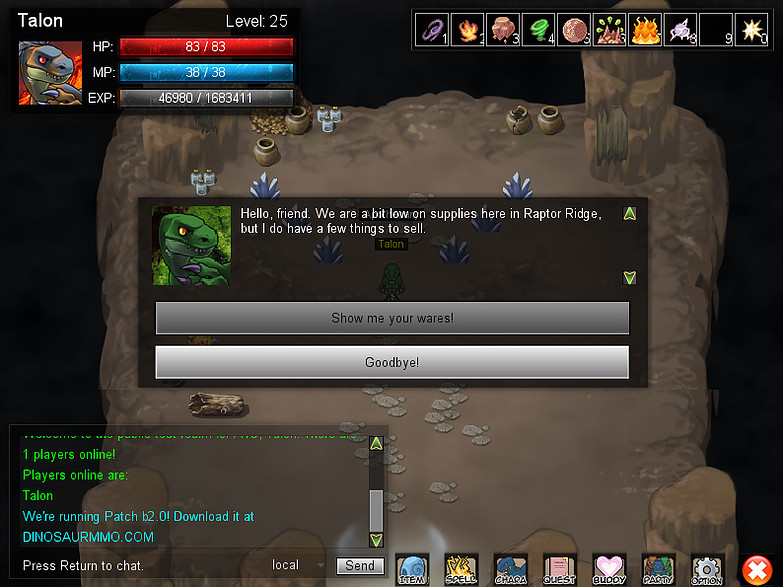 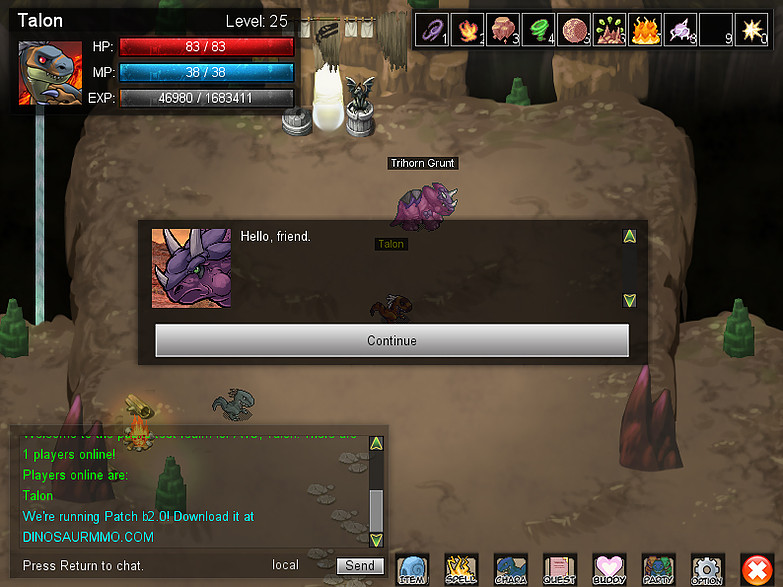 Age of the Four Clans - A Week on a NEW Engine

We upgraded our core a week ago, today. Here's what's been going on!

Age of the Four Clans is set to return in the coming days thanks to the acquisition of a shiny new server!

A4C will be experiencing downtime as we seek new hosting.

Age of the Four Clans PTR Gets Big Update with Alpha1.4

A4C is getting a host of new features added to the public test realm this week!

This version brings with it an upgrade to Intersect 6. It's the same game as 2 years ago, but with a better looking UI and new possibilities to grow...

Age of the Four Clans Beta 2.0

The open Beta of Age of the Four Clans is here at last! Become a raptor, quest for treasure, and explore a growing 2D world!

Age of the Four Clans' latest incarnation. New places to explore and a new server to explore upon!

Minor update. Tweaked some graphics for anyone who wants the latest and greatest. Big update to 1.4 will come with our move to Intersect Beta 3.1 in the...

hey, if i showed you a screen shot of my pledge page showing pledged 5$ Could I have my alpha download sent to me?

Once we have pledges from Patreon on January 31 (it's not an automatically processed thing - don't worry, you still have the money until then!) we will send you the download link! We appreciate your patience!

Twitter
Tags
Embed Buttons
Link to Age of the Four Clans by selecting a button and using the embed code provided more...