We upgraded our core a week ago, today. Here's what's been going on! 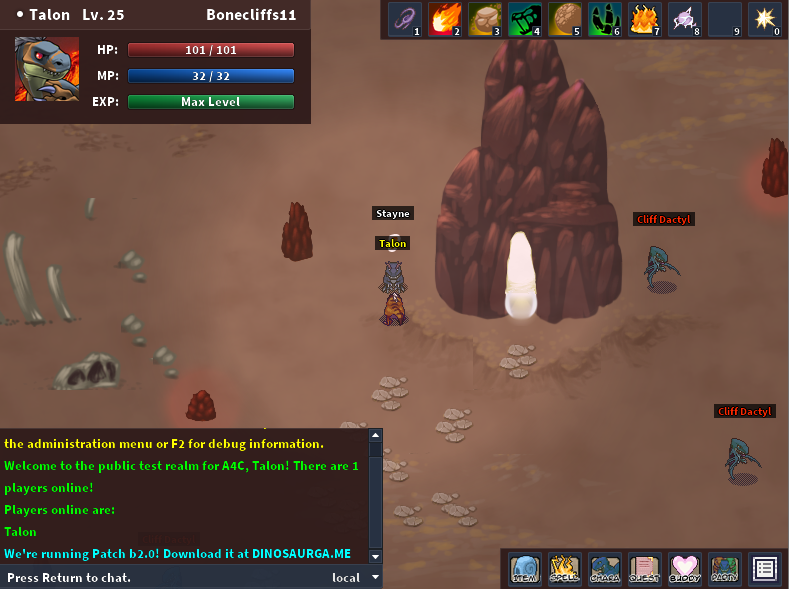 For a week now, Age of the Four Clans has been online with the latest version of its engine (Intersect beta 0.6.0) and things have been, for the most part, running quite smoothly. With this update, we have enjoyed several nice upgrades:

I just put in some new icons (a work in progress, to say the least) and they match up with the new GUI quite nicely, if I do say so, myself. Today, I also packed the "end of the main questline" as it currently stands, with some extras for those of you who pursue it -- a little thank you, of sorts.