Pixelmatic is proud to announce the hiring of our new Director of Art, Wayne Wong-Chong, from Relic Entertainment. Wayne joins Pixelmatic’s existing ex-Relic design team of Jason Lee and Damon Gauthier, bringing fresh ideas and decades of AAA experience at some of Canada’s top game studios.

Pixelmatic is proud to announce the hiring of our new Director of Art, Wayne Wong-Chong, from Relic Entertainment. Wayne joins Pixelmatic’s existing ex-Relic design team of Jason Lee and Damon Gauthier, bringing fresh ideas and decades of AAA experience at some of Canada’s top game studios.

Wayne makes the leap to Pixelmatic after having spent nearly 12 years as a Technical Artist and Technical Art Director at Relic Entertainment. He worked as a Principal Technical Artist on both the Company of Heroes and Dawn of War franchises, before leading technical art direction on the highly anticipated upcoming blockbuster, Age of Empires IV.

Wayne’s journey into game art actually started in the AutoCAD labs of the Vancouver Lower Mainland, where he studied CAD architecture. Following his passion for gaming and feature films, he soon decided to switch from architecture to 3D animation, graduating from the famed Vancouver Film School. After cutting his teeth working on numerous 3D animated TV series, Wayne took on more art supervision roles in TV and film, before finally entering the game industry in 2005 as a Technical Artist on FIFA at EA Sports. Enticed by his love for Homeworld, Wayne took the opportunity to join Relic when it came along, and went on to spend a very productive decade there. 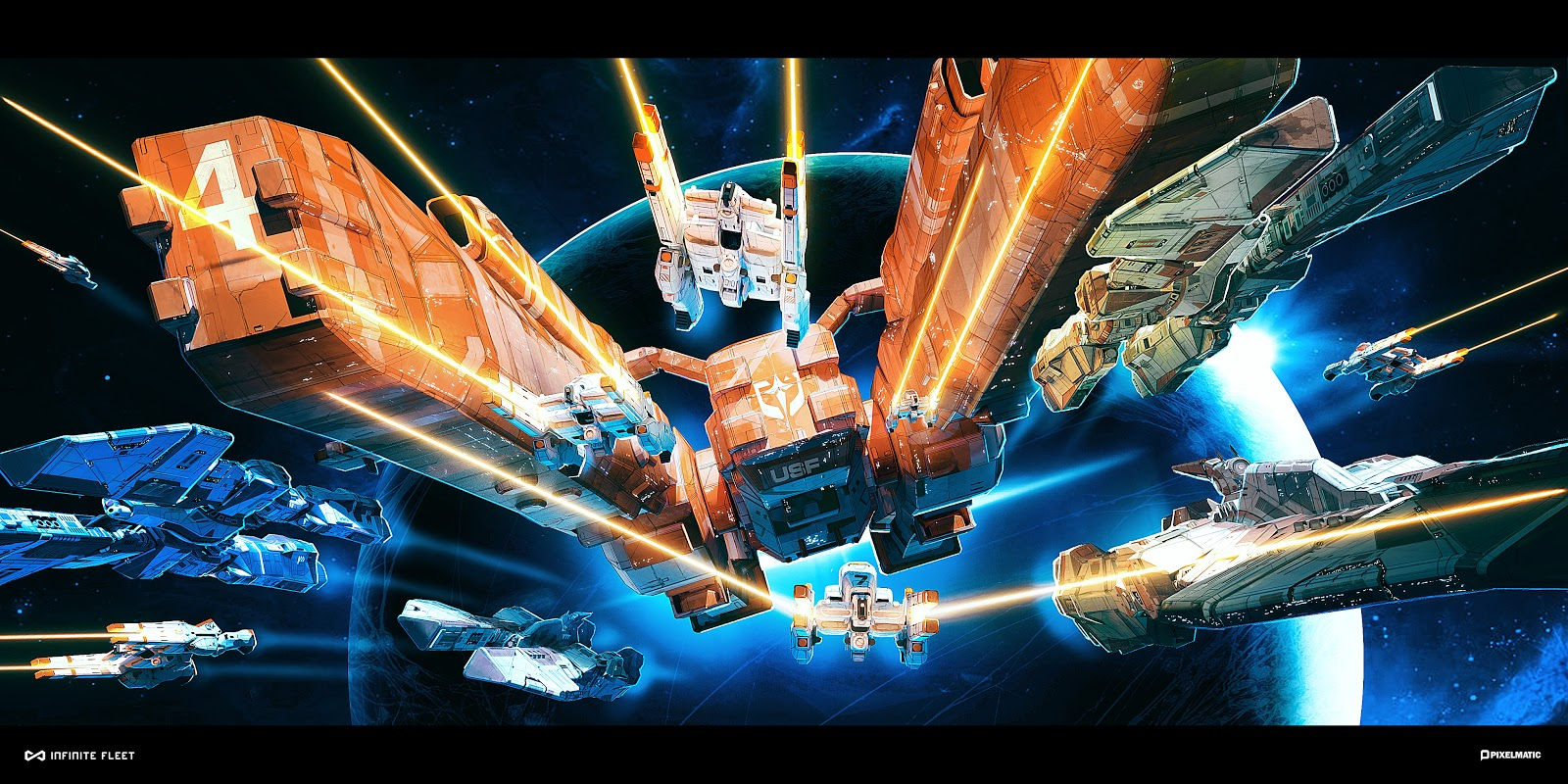 Having had shipped multiple AAA titles at Relic, why was Wayne attracted to an up-and-coming studio such as Pixelmatic? In his own words, Wayne claims that, “games are evolving and need to evolve to effectively compete for players’ precious spare time. Longevity and success of large games need the support of tech carefully planned into the game design. The core creative team on Infinite Fleet, led by Jason Lee and Damon Gauthier, understand this and it's our number one focus to create a game where the marriage between game design and tech is meaningful, not to mention achievable.”

Pixelmatic, being the nimble and innovative studio that it is, is well positioned to be adaptive and address the changing landscape of games. It is exactly this willingness to be flexible and embrace innovation that has attracted a talent like Wayne who brings with him his unique art vision as well as his immense pedigree.

On his vision for Infinite Fleet, Wayne said, “Pixelmatic and myself, we love both fictional and non-fictional science. We also love anime. My vision for Infinite Fleet is to create a colorful nostalgic universe where players can engage in over the top anime-esk battles, or friends can simply explore beautiful vistas together while they forge their fleets. Infinite Fleet will have a deep lore rooted in the goals and challenges that the human race are faced with today. We want the world we are creating to spark conversation about technology and what the future holds for us as a species. I’ll be referencing and imbuing the franchise with shapes, colors, and motion familiar to anime fans, and I’m excited to share this vision in the coming months with Infinite Fleet’s growing community.”

Besides the new ideas Wayne is bringing to Infinite Fleet, he is also excited about existing innovations that the Pixelmatic team is already implementing. “The cryptographic game money of Infinite Fleet, INF, is cutting edge and is designed to power player agency both in and out of session by being portable and easily fungible with other cryptocurrencies. We are also exploring machine learning, leveraging HDRP in Unity, and experimenting with Houdini FX. The art team is taking full advantage of all the latest techniques in Substance Painter/Designer, harnessing the power of Blender 2.8, and much more. It's an exciting time at Pixelmatic.”

The entire Pixelmatic team is excited to officially have Wayne Wong-Chong onboard, and we look forward to accomplishing great things with Infinite Fleet.