Acheron is showing it's face to the public. Expect to see a lot more about it in the next weeks.

“The year is 3016.
Base monitoring detecs a new source of electromagnetic radiation comming from below. A quick scan reveals the source of the signal, proceding to upload it’s coordinates into Gregor’s diving gear, a high tech suit capable of breaking the O² in the water, giving its wearer infinite breathing capabilities. Gregor then sets out for another archaeological expedition among the retro-futuristic ruins of his ancestors, now drowned by the sea.
But this time things aren’t as ordinary as they usually are." 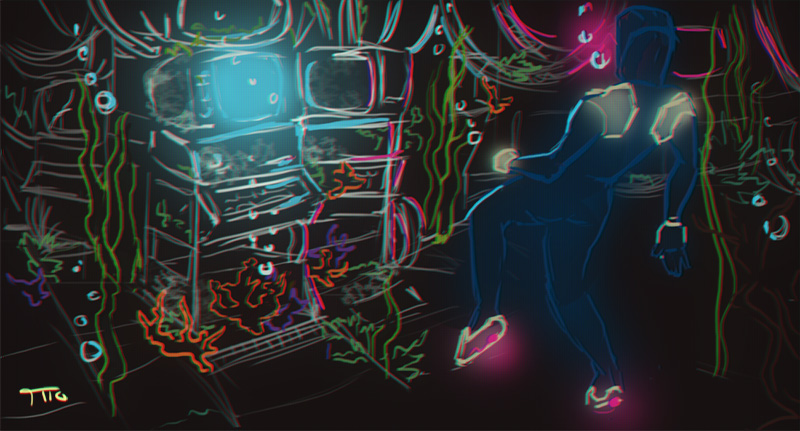 The Player assumes the role of Gregor, a lone scavenger, going though his expedition to search for the source of a strange radiation detected by his monitoring system.

Acheron is the final project of a Game Development course, developed in two months. It is a sidescroller /metroidvania thematically set in a world flooded by the seas. The player will explore underwater environments, powering up it's habilities and resources along the way.
What was suposed to be a simple routine procedure gets out of control and it’s on the hands of the player to understand what’s going on, exploring the ruins of a retro-futuristic below the ocean.

Follow us to know more about Acheron and our work.