Post news RSS A whole month of updates, this one's a DOOZY!

Today we'll be going over the past month's changes, how the game is already in Alpha, and explaining the changes to you all.

Hey everyone, this past month has been HECTIC. Loads of additions to the game, and I'll be going into the largest ones right now.

Now you can pick up loot from fallen enemies and opened treasure chests, and it all does something different. Upgradeable weapons are in, but more on that in the progression system post.

You can now get new weapons, armor, and items that offer certain benefits and stat upgrades. We plan on shoehorning in as much loot as possible to make this game cater to that Diablo itch we all have deep down inside. 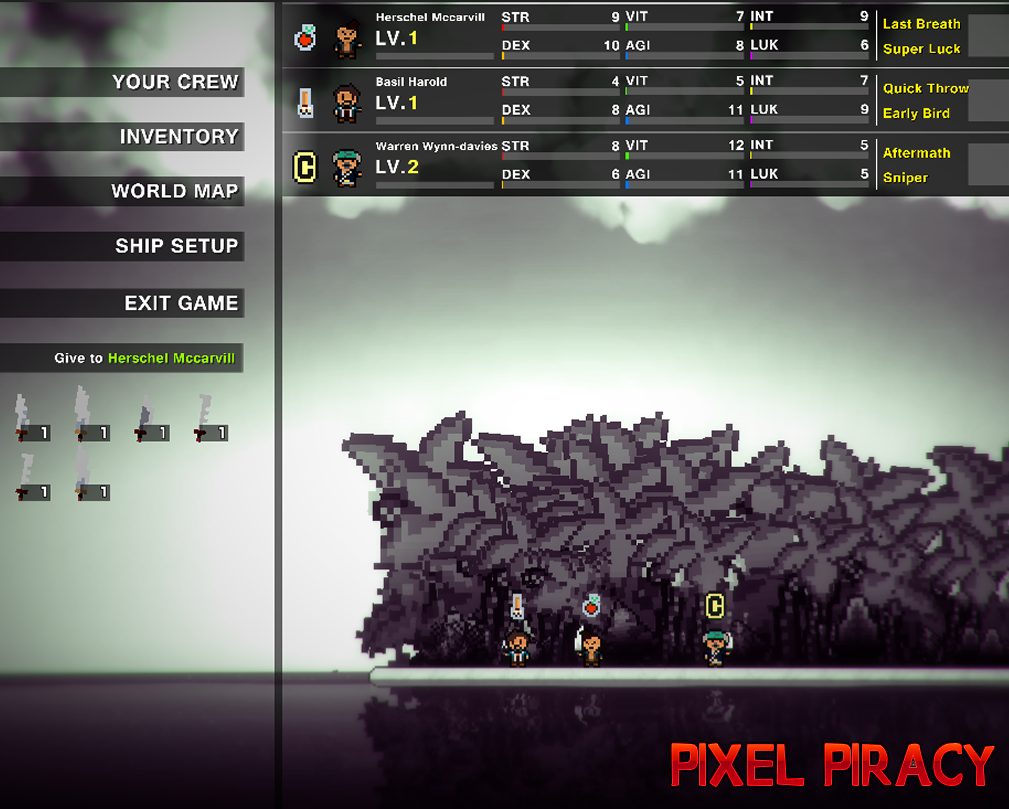 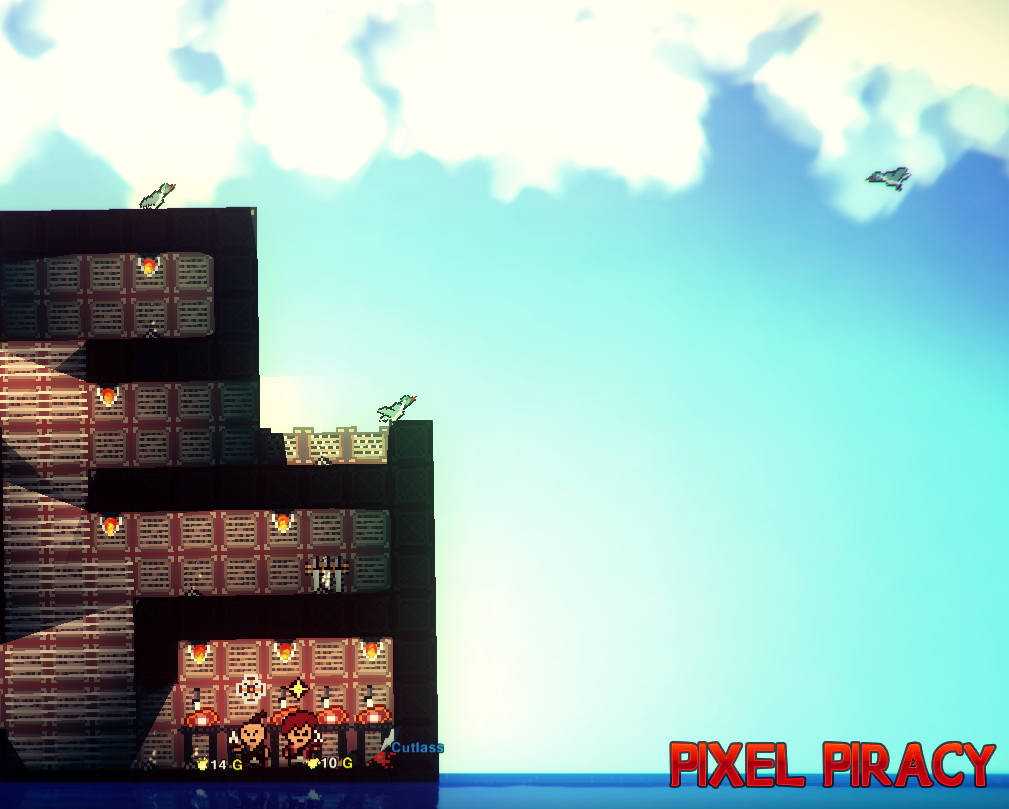 Your pirates now have different stats that can be levelled up through use of that pirate, and you now hire each class seperately. All of them can enter combat, but only a cook will cook, a fisherman will fish, a sailor will mop the deck of poo, etc.

Besides that there's WEAPON progression, where you will get different items to advance the skills and stats of certain weapons. For now it's limited to the Grindstone item, but we eventually want you to be able to imbue your awesome spear of awesomeness with so much awesome that your mind will come out of your face and slap you, no joke...

Individual pirates have Morale now, they WILL get upset, moody and straight up not work for your captain if you don't pay them, give them time off, or reprimand them occasionally. Hope you have fun with a mutiny while an enemy boards you, nothing like fighting enemies on TWO fronts to keep a captain on his toes! 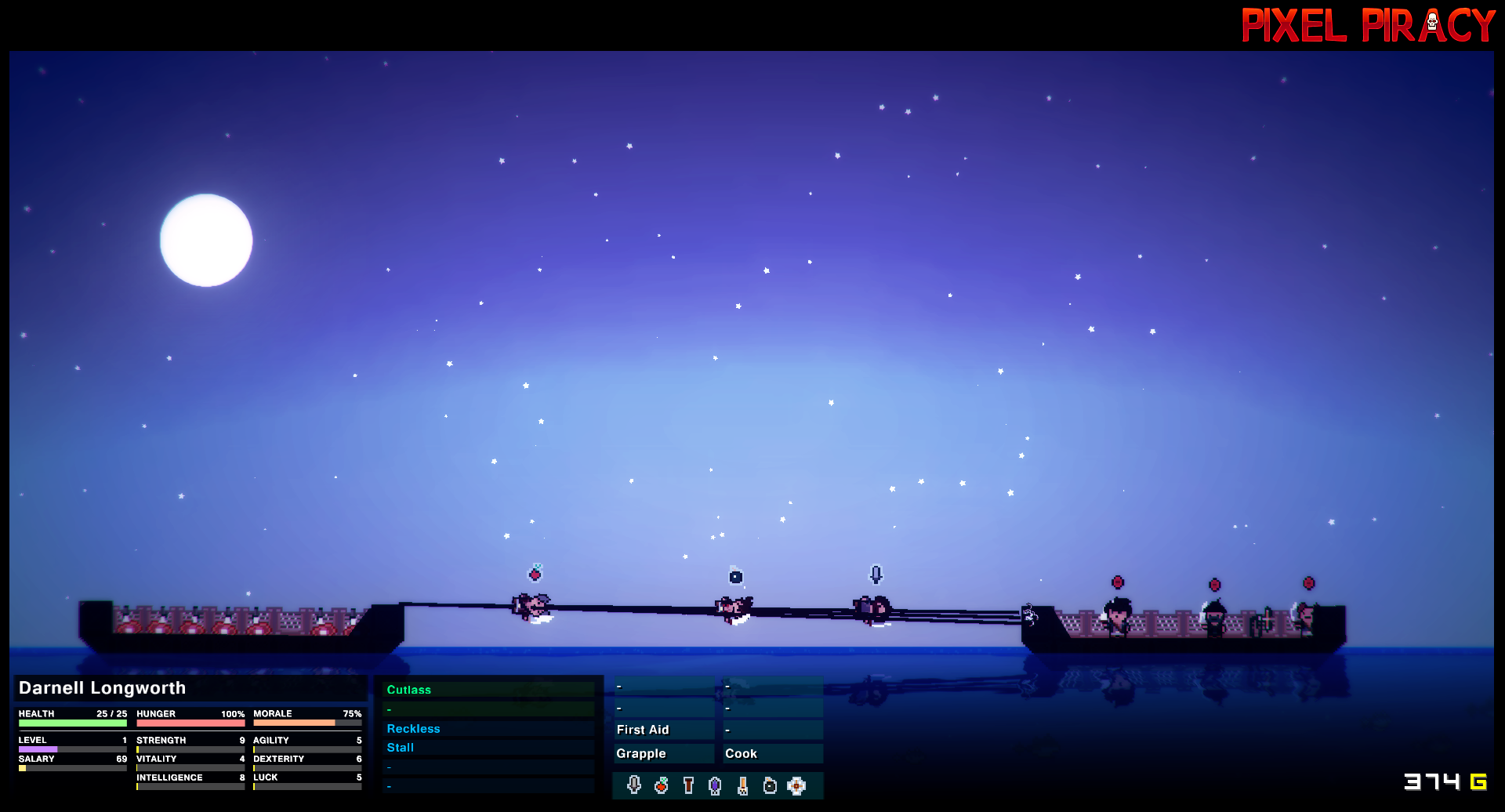 As stated before your pirates morale goes down, but you can counteract it for a time by PAYING them! Who would have thought that paying your employees would keep them from gouging your eyes out in your sleep, but I digress..

We are scripting in MANY new enemy ships for you to encounter, and want the final tally to be absurdly high when the final game comes out. This way you'll have to think about each encounter, where and how to attack, and treat each with a seperate strategy, have fun! 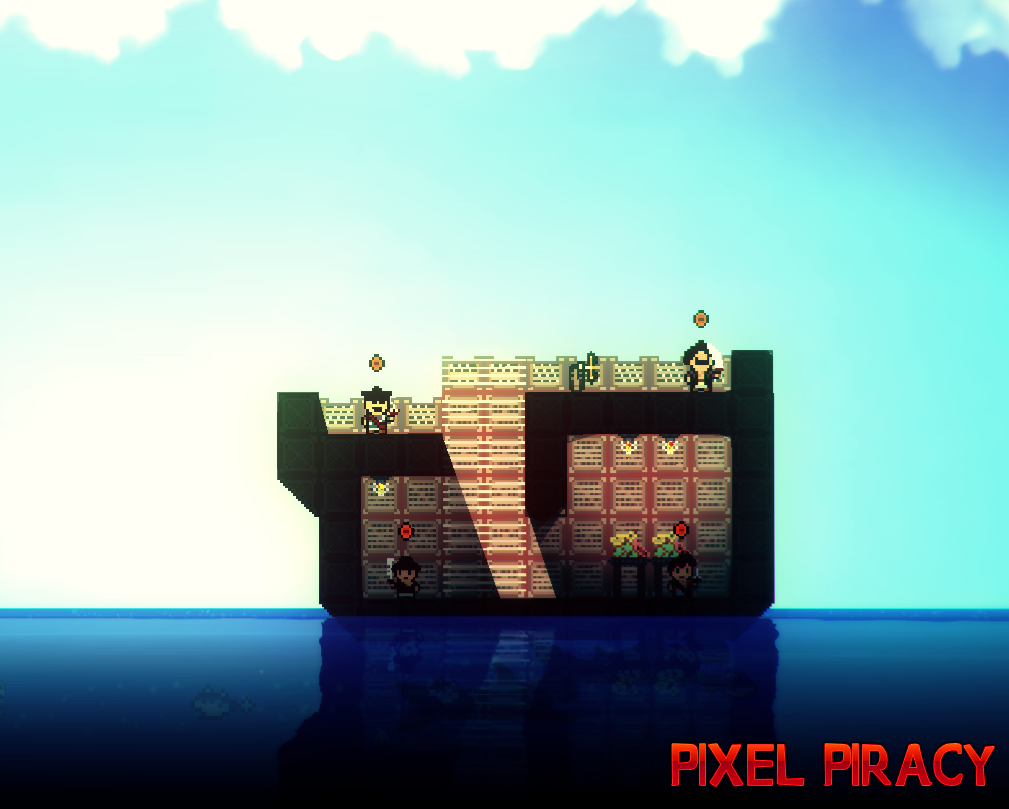 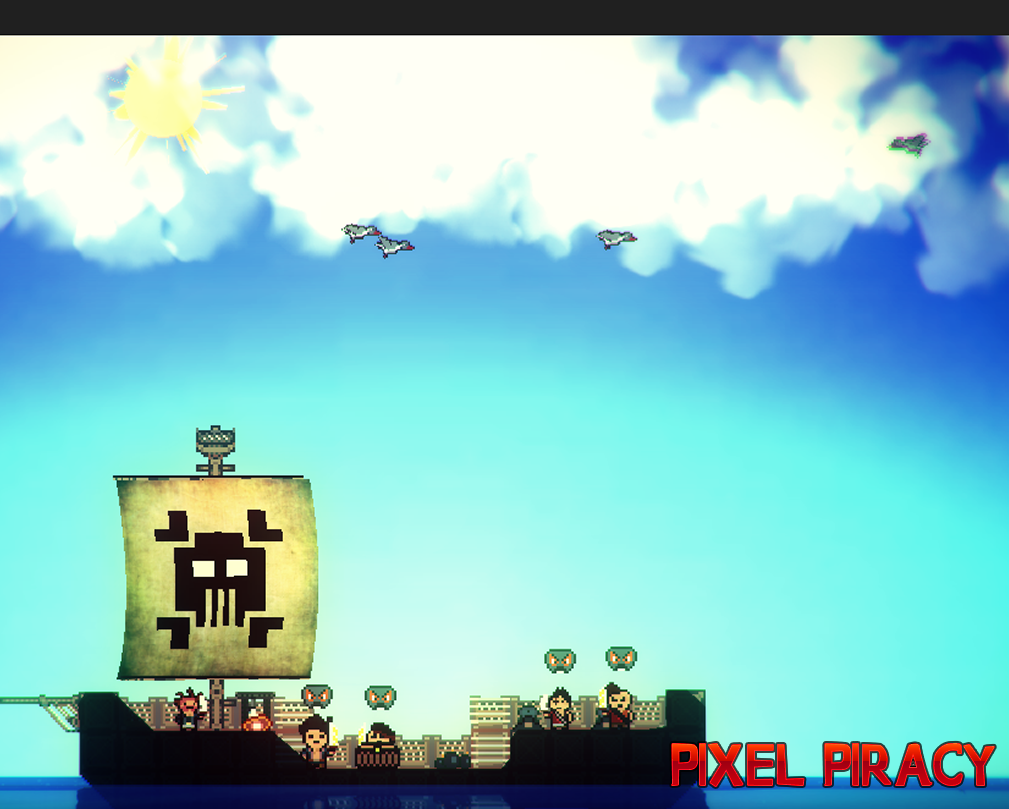 Yeah, nuff said, Cannon's work perfectly now, and will blow the enemy ship sky high, but do you WANT to sink it before taking that precious cargo or treasure?