My name is Carlos Peña and with my brother Jose Maria have started a project to create a video game type adventure, retro style. We were diehard fan of adventure games of the 80s and early 90s, the golden age. And always we wanted to do one. And that desire can now become reality. Our intention for the financing of the project of creation of the video game ’99 Species’ would be to launch a campaign of crowdfunding in the kickstarter platform.

I was always a big fan of the video adventures of 8 bits computers of the mid-80s, Spectrum, Commodore, Amstrad and of the graphic adventures of the computers in 16-bit at the end of the 80’s and early 90’s.

I remember with nostalgia those nights in the dark, in front of the monitor, living the most amazing adventures ever dreamt of: a robber of the Bank of Spain as “Goody”, a monk solving a great puzzle in “The Abbey of crime”, an apprentice pirate in “The Monkey Island”, a rather vague janitor in the last frontier in “Space Quest”, living incredible adventures in the magical world of “The Legend of Kyrandia”, trying to rid the world of a silent alien invasion in “Flashback” or trapped in the fabric of dreams in “Dreamweb”… I don’t continue because the list endless.

This great passion brought me the idea of creating my own video adventure or adventure game in the style of the end of the 80’s and early 90’s. And then I thought of a story for the screenplay of this adventure. A script that, like many other projects, ended up in the drawer of “pending issues”.

Header for the demo of the game “99 Species”

Two years ago I rescued this whole story and wrote what would be my fourth novel: 99 Species. And from here, turning it into a videogame takes only one further step. And that step I’m offering to you now, by undertaking a campaign of crowdfunding to obtain the necessary funding to program this game.

Would you help me to realize my dream?

Concept by PlanemoVisual to the game “99 Species”

BAHCEL and voice-over by Luis Miranda.

By clicking on the following link you can download the demo of the game 99 Species, for Windows platforms:

Before launching the real crowdfunding campaign in Kickstarter they have asked us to make a pre-campaign to know the number of people interested in the project of the video game ’99 Species’ and if it would be viable. So I encourage you to fill out this simple survey if you want that this project becomes a reality. Thanks a lot!

Go to the crowdfunding pre-campaign!!!

Installing the demo on Android

It is very simple to install the demo of our game ‘99 species‘ on android systems. You just follow the following steps.

2. Once installed we will open this App and click the “AGS” button and then click the ‘Download’ button to install the emulator of AGS games on your device: 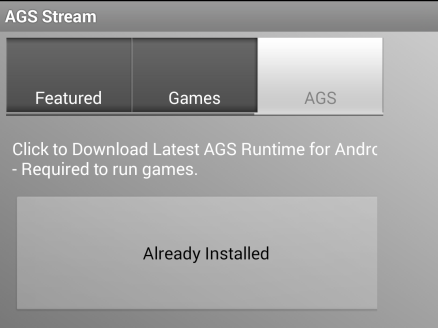 3 – After the above operation, will have to download the demo version android which is located at this link and save it to your device, for example in a folder called “Games”, where we will save our folder 99Especies with the contents of the game:

4 – Open the App “AGS” and from the menu choose the option “Select game folder” to tell him where you will find the game that you want to reload, 99Especies, where you have saved it. It will open a screen that will show us a folder called compiled. If we click on it the game will start. Enjoy the demo! 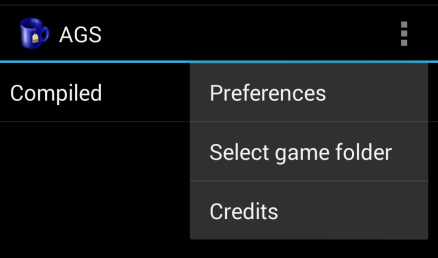 Here you can see me with the demo running on my Nexus 5: 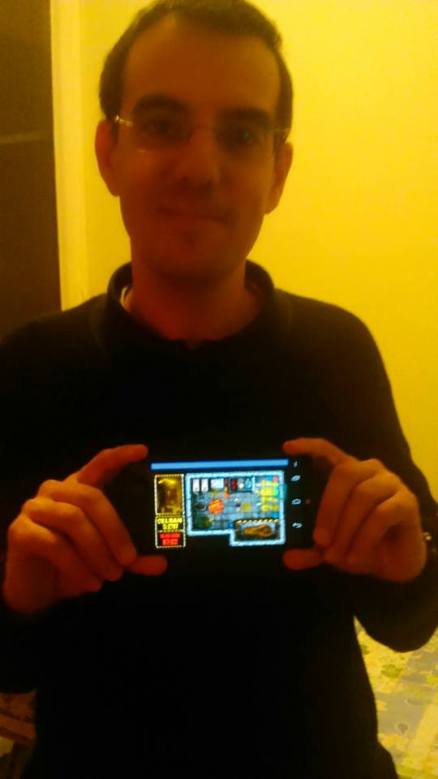