I am Mário, but also known as Wizardum and Wizzy.

I'm building up my game programming experience, I worked on a 2D game development tool and I'm currently working on several game projects.

Because IndieDB is so awesome I will use it has my own online portfolio.

I decided to start showcasing my work and turn my IndieDB profile into a portfolio, and as such, my first post is about my first big project called Lunar Development Kit.

I started working on LDK around September 2010 and finished it around April 2011, so it was 7 months of heavy development but only during my free time.

I was working on LDK for a indie team called PauldronGames.

There were a lot of ambition on the project and it was supposed to be a set of several application tools that would aid the XNA game developer in his projects, by speeding up the development process.

Other team members were tasked the other tools, while I ended up doing the level editor.
But it didn't stayed a simple level editor for too long, as the ambition grown so did the application's complexity.

The level editor became a 2D game maker.
Although the project wasn't finished, it possesses functionality enough to create a full-fledged 2D game. 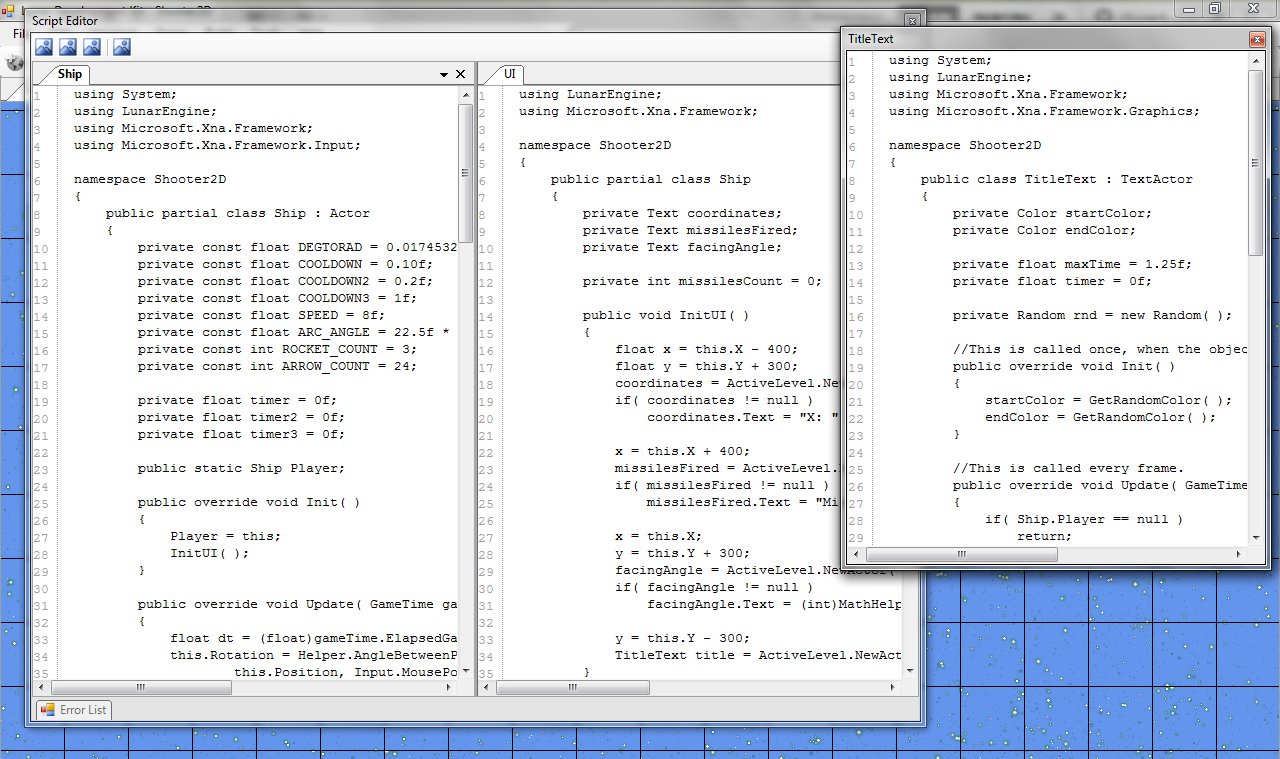 This covers the more important aspects of the application, but there are more happening behind the scenes.

Besides images I can also provide three videos that cover most of the progress of the project, the first two were recorded by my great friend Kimphoe and the third one by myself.

Now I'll provide the link to download the entire application source + binaries + two demo (and senseless) games made with the tool (both source and binaries).

I can't guarantee that it will still work, I simply tested if the application executed fine, no more no less. I'm pretty sure you won't use it to create your own games since it's very inefficient, use it just for learning purposes.

To wrap things up, when I stopped working on the LDK application, I had so much more knowledge and experience in C# programming than I expected. It was a really outstanding experience, even though I ran across so many issues during its development.

LDK was essential in that it defines the way I see and approach my new projects.

This is the end, thanks for reading!

LDK is no more

Hey Mario, hopefully this will give me more community points :D