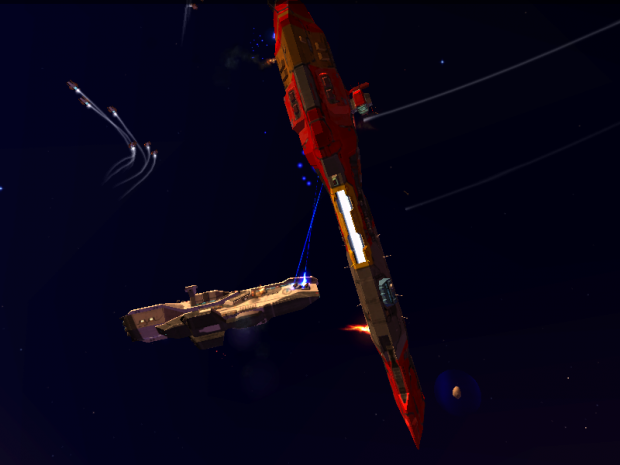 This is a snippet from a battle I recently had in REARM 0.0.3c. I have a new favorite destroyer, the Dauntless went up against a Vaygr Battlecruiser (with some help).

The Dauntless is a combination of speed and raw kick in the face kind of punch. The ship is equipped with 3 LC Kinetic cannons, forward Pulsar Turrets, and an extra set of engines. The purpose of this configuration being to speed in at an enemy, outmaneuver them wilst punching them with raw kinetic power (Dazzle Tactics [Not Blitzkrieg, that involves sheer force of numbers concentrated on a single point]). Weaknesses include the inability to hit fighters and Hiigaran Battlecruisers.