Me? I'm dishonest, and a dishonest man you can always trust to be dishonest. Honestly it's the honest ones you have to watch out for, you never can predict if they're going to do something incredibly stupid. Captain Jack Sparrow to Barbossa at Isla de Muerta!
Please don't do anything stupid :D

Pirates of the Caribbean Fan Group fell free to join.

Angelica: What were you doing in a Spanish Convent, anyway?
Captain Jack Sparrow: Mistook it for a brothel. Honest mistake.

Captain Jack Sparrow to Angelica: If you had a sister and a dog, I'd choose the dog.

Guard: Are you the real Jack Sparrow?
Captain Jack Sparrow: There should be a Captain in there somewhere.
That one is the best if you ask me!

Gibbs: It's a key.
Jack: No, much better; it's a drawing of a key. Gentlemen, what do keys do?
Crew: They... unlock.. things?
Gibbs: And whatever this key unlocks, inside... there must be something valuable, so we're setting out to find whatever this key unlocks?
Jack: No, if we don't have the key, we can't open whatever it is we don't have that it unlocks. So what purpose would be served in finding what need to be unlocked... -which we don't have. Without first having found the key what unlocks it?
Gibbs: So.. we're going after the key?
Jack: You're not making any sense at all.


Captain Sao Feng: Jack Sparrow, you have paid me a great insult.
Jack Sparrow: That doesn't sound like me. 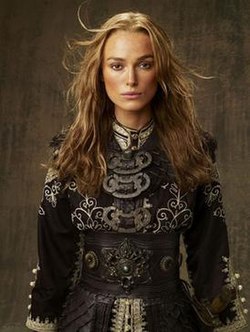 Giselle and Scarlett are fighting
Jack Sparrow: Ladies! Will you please shut it? Listen to me. Yes, I lied to you. No, I don't love you. Of course it makes you look fat. I've never been to Brussels. It is pronounced "egregious". By the way, no, I've never met Pizzaro but I love his pies. And all of this pales to utter insignificance in light of the fact that my ship is once again gone. Savvy?
[Giselle slaps Jack][Scarlett slaps Jack]

Elizabeth Swann: It's real!
Norrington: You actually were telling the truth.
Jack Sparrow: I do that quite a lot. Yet people are always surprised.
Will Turner: With good reason. 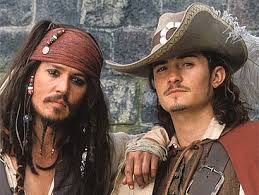 Jack Sparrow: Darling, I am truly unhappy to have to tell you this, but through an unfortunate and entirely unforeseeable series of circumstances that had nothing whatsoever to do with me, poor Will has been press-ganged into Davy Jones's crew.

Jack Sparrow: Have you not met Will Turner? He's noble, heroic - terrific soprano. Worth at least four... maybe three and a half. And did I happen to mention... he's in love? With a girl. Due to be married. Betrothed. Dividing him from her and her from him would only be half as cruel as actually allowing them to be joined in holy matrimony, eh?

Jack Sparrow: [Talking about Jack's debt to Jones] You already have my payment. One soul to serve on your ship is already over there.
Davy Jones: One soul is not equal to another.
Jack Sparrow: Ah-ha! So, we've established my proposal as sound in principle. Now, we're just haggling over price. 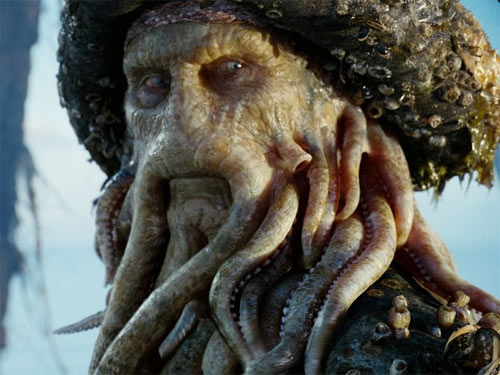 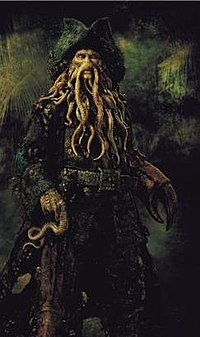 Will Turner: [gestures to drawing of key] You want me to find this?
Jack Sparrow: No. *You* want you to find this. Because the finding of this finds you incapacitorially finding and/or locating in your discovering the detecting of a way to save your dolly belle, ol' what's-er-face.

Barbossa: So what now, Jack Sparrow? Are we to be two immortals locked in an epic battle until Judgment Day and trumpets sound?
Jack Sparrow: Or you could surrender. 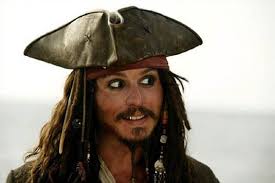 Jack Sparrow: One question about your business, boy, or there's no use going: This girl... how far are you willing to go to save her?
Will Turner: I'd die for her.
Jack Sparrow: Oh good. No worries then.

Jack Sparrow: Me? I'm dishonest, and a dishonest man you can always trust to be dishonest. Honestly. It's the honest ones you want to watch out for, because you can never predict when they're going to do something incredibly... stupid.

Norrington: And I half expected it to be made of wood. You are without doubt the worst pirate I've ever heard of.
Jack Sparrow: But you have heard of me.

Jack Sparrow: A wedding? I love weddings. Drinks all around! 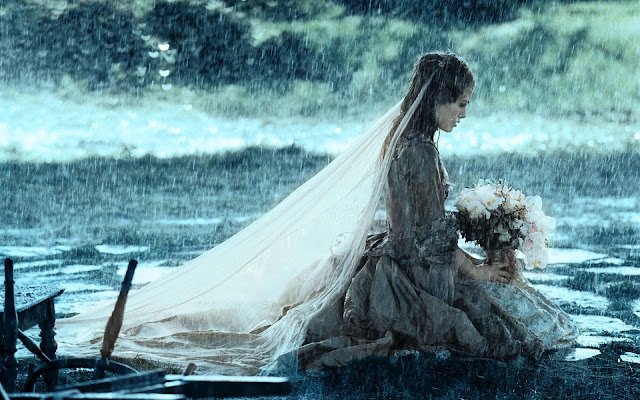 Will Turner: Where's Elizabeth?
Jack Sparrow: She's safe, just like I promised. She's all set to marry Norrington, just like she promised. And you get to die for her, just like you promised. So we're all men of our word really... except for, of course, Elizabeth, who is in fact, a woman.

And for end the sentence that is most profound.

Searching for my rum again!

Was up Jack Sparrow? :P