Bringing the environment to live

Today I´m going to explain to you some little tricks in order to do your scene more attractive. People tend to model the props in two ways: The first is drawing or making the 3D symmetrical and straight, but that´s not a good idea because reality isn´t perfect. The other way is making them hyper-singular and organic, but it doesn´t work either because when we repeat some singular shapes 100 times the pattern becomes repetitive. We have to do the irregularity in a balanced way.

Here are two examples. This one is the ramp on Isla Aventura circuit. The second ramp has much more movement and fits better in the island´s style.

In case of the Castelul Bunâ Moarte's village, we have two options for doing the fence. Which one do you prefer?

But putting the spice to the environment isn't about just dropping the models into the environment . When placing them on the scene we have to put them in an organic way. As we can see on this example, first, we place the palms on the scene, then we change
their rotations, and finally, we variate their scale. I strongly recommend you to do these modifications count, as noteworthy as possible. Otherways, they will be useless. 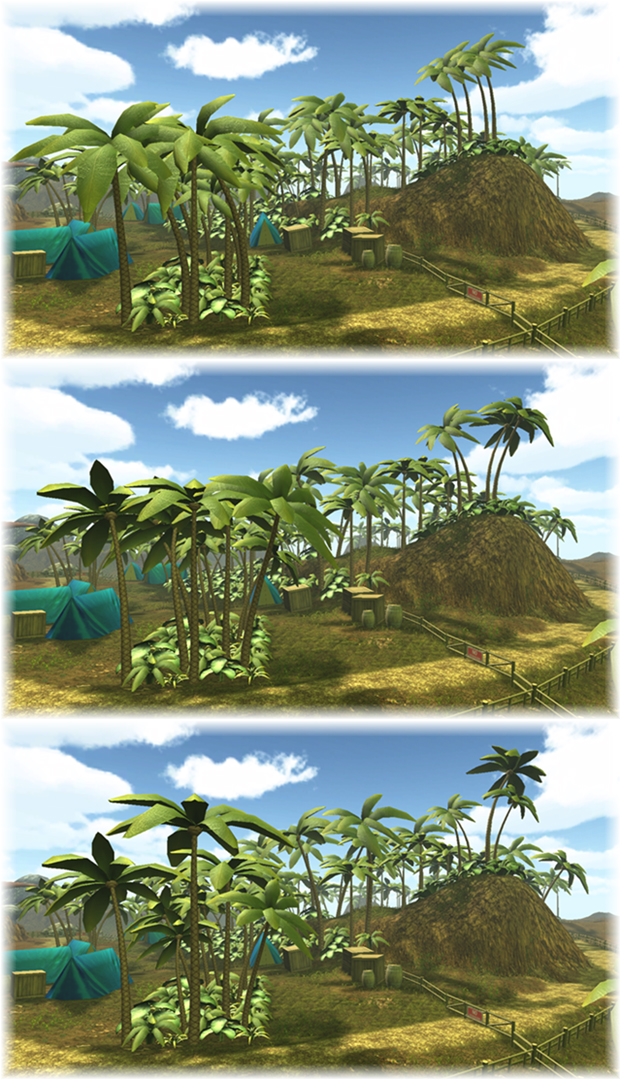 Finally, I bring you the example of the crows in the Hanging Tree because it displays so clearly the importance of providing a balanced irregularity. In the first frame all the crows are synchronized, it´s really funny but it isn´t our actual intention. We need to make random movements (you know, in a balanced way) to obtain a realistic result (see second example).

This picture shows are all crows' trajectories...there used to be a tree behind all those flight paths!

I hope you had enjoyed it. See you!

Using the cliché for the scenarios

At 8Pícaros we developed indie videogames from Madrid with a marked arcade character and all the retro magic of the old school. On any platform, for...

Evil Cube is a group of 3 members of the Master of Game Design from Spain. We are aiming to publish Pest Control as our very first game. After that? Only...